In any movement, there are players with differing amounts of enthusiasm, who give differing amounts of support to the movement. Some may be provocative in their actions, while others though generally opposed to the outcome of the movement, may be counted as supporters by their silence. The silence may be due to fear of reprisal or because life gives them more important things to concentrate on.

Many (most?) times, point of view affects perceptions of the players.

During the American Revolution, before Independence was declared, many whom we would consider as Patriots, engaged in what the British must have considered to be terrorist activities. Some of these acts were intended to create hatred of the British, while others were designed to show that the rebels were worthy of being followed. 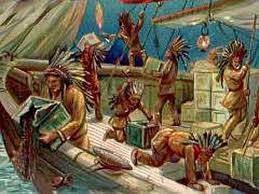 When Independence was declared, and the War started, many among the colonists who had been silent, then voiced their opposition to the rebels and supported the King. It’s hard, if not impossible, to know ahead of time where the silent majority stands.

Today we see another movement which scares many among us, to a greater or lesser extent. This movement is toward the re-establishment of the Islamic Caliphate.

Although history generally is written by the victors, many sources, including the three Holy books of Islam, show that Islam spread over the centuries by a “Convert of Die” strategy. It was slow but relentless. As the young were indoctrinated in the faith, local opposition turned into universal support in the conquered territories. 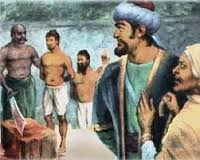 Today we see the Convert or Die strategy continuing in the Middle East, Africa, Asia, and to a lesser extent in Europe and the US. We have seen various terrorist attacks including 9/11 and in London & Paris. There have been beheadings and other small scale terrorist attacks.

By and large, the Islamic community is silent, although a small but significant number of Muslims have left the faith. There is no way to know what level of support in percentage of population there is for the terrorist actions. There also is no way to know the level of support in enthusiasm there is. For most of us, though we see only a handful of adherents committing these heinous acts, it taints our feelings for the wider Muslim communities within our countries. It is unfair, but it is a fact of life.

Why are the majority silent? For the same reasons as other non-participating majorities remain silent. They support the religion and don’t want to show disloyalty. They are afraid to voice support or opposition. They are getting on with the other business of their lives.

We can’t know how big a potential threat it is to our societies, and won’t know unless it becomes a real threat. The great conundrum for most Americans is what to do in the meantime.

This problem is compounded under the Obama presidency as his continuous charges of racism against white people only helps to polarize our society further. And, his administration’s efforts to disarm Americans – in violation of the US Constitution – only serve to increase popular nervousness over the Islamic unknown. 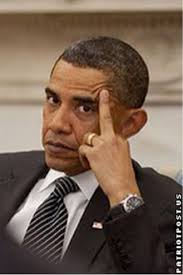 Mr. Obama’s total mismanagement of the US Economy – some would say intentionally – followed by his multitude of lies to make us think the Economy is just peachy, make matters worse. And then, there is the Green agenda and influence which are working to destroy our energy security.

To help address the unknown threat posed by Islamic Terrorism, first we must clear away the political structure which is making the environment worse. Rather than wait two years, we must impeach and remove President Obama. We must get rid of members of the House and Senate who support, or don’t oppose, the offending policies – whether they be Democrats or Republicans

We need to elect people to represent us who will represent us – who will be vigorous defenders of individual social and economic activity.