How does the Standard of Living in an Economy grow?

Back then, people and organizations went about doing all the things that put food on the table and a roof overhead in the same way that it had been done for hundreds of years. If you keep doing what you’ve done, then you are going to get what you always have gotten.

Slowly, leading into the Renaissance, many of the organizational restrictions started to fall away, and some people were able to benefit from individual initiative and risk taking. This trickle grew into what now is called The Industrial Revolution.

Thus was created more for fewer hours of work, plus much that was new – as for example color for fabrics. All this new and improved stuff, divided by the number of people alive, translated into a hugely improved Standard of Living for ALL, even though – as always – some still were more wealthy than others.

So, back to the original question, “How does the Standard of Living in an Economy grow?” One way, as we’ve seen, is to make people freer so they can benefit from their own initiative and risk taking. Reduce or eliminate the stifling Regulation – the Monster which freezes everything in place.

The answer lies largely within other government policies which regulate how much innovators can benefit from their own efforts and risk taking. These are intertwined policies – Taxation, Spending, and Monetary Manipulation.

When a Tax is levied – whether for a noble or ignoble cause – there are a pair of negative effects. First, there is a reduced return on the entrepreneur’s efforts. Some ventures which otherwise might yield a sufficient reward now aren’t worth the risk. 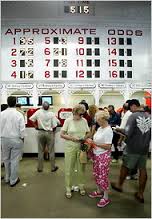 In an actual business venture, the expected return still may be positive, but lower than what makes sense to the risk taker. In that case, the Economy, and all Americans, suffer as this potential boon to all doesn’t even get tried out.

But, not all Americans are entrepreneurs. Most “merely” are saving for special life occasions, including retirement. When their earnings are taxed, then there is less available to save – so less capital is available for all the ventures which might be undertaken. Many ventures are frozen out of existence by lack of funds.

I mention Government Spending separately from Taxation because I expect that most Americans think that Taxation is only what takes money out of their pocket directly. But, this is far from being true.

Taxation equals Spending! There is no such thing as a Tax cut without a Spending cut.

When the government, through its agent the FED (Federal Reserve), increases the Money Supply, those paper or electronic Dollars must get their value from somewhere – they don’t have intrinsic value of their own. The value they get is by stealing a little bit of the value of all the Dollars previously in the US Economy. (Other countries suffer the same disease with their own Central Banks.)

The reduced value of Dollars shows up as increased prices – what most Americans call Inflation. Prices go up and down with Supply and Demand. If the supply of Dollars goes up, the price to buy things with those Dollars goes up. (Yes, Supply and Demand exist everywhere else in the Economy, but more Dollars – year after year, generation after generation – means that the general price level goes up.

Since the FED was created a little over 100 years ago, the general price level has gone up over 50 times (not 50%!). A Dollar today can buy 2 cents worth compared to 100 years ago. This is a Tax pure and simple! Without the FED, the roughly 3% average improvement in business productivity should have given us a general price level 1/16 as high. So, the FED’s damage is not “just” 50 times higher prices, but 50 x 16 or 800 times the price level we would have had!

To do its dirty work in the US Econmy, the FED pushes Interest Rates lower than a Free Market would dictate. Anyone who has saved (eg seniors for retirement), or who contemplates saving, must suffer from lower rates of return from the capital they amass. This process is known as Financial Repression.

The US Personal Savings Rate has fallen from around 15% down to the current 5% over the last 40 years. There is only 1/3 as much capital available to invest in things which could raise the Standard of Living. By the way, the savings rate is calculated based on “Disposable Income” and not on your pre-tax earnings, so it is a low-ball figure to begin with.

The combined effect of government taxation, spending, and monetary manipulation is that the ability of an Economy to improve the Standard of Living is diminished. The rich suffer, the poor suffer, and those in the middle suffer. Any possible benefits of all this government action must be weighed against the real harm which is done to all citizens of the realm.