Skip to content
HomeWar on Cash vs Bail In

Since Prohibition, it has been legal for federal and local law enforcement to seize your property – your house, your car, your money – if they believe it was associated with the commission of a crime. A formal charge against the (previous) owner of said property is NOT required. To get what’s yours back, you must go through a lengthy and costly court battle with the government.

Since the GW Bush Presidency, and especially now during the Obama Administration, the number and quality of the cause for the seizures has gotten much, much worse. And, it’s not just the IRS which is seizing property – other federal agencies are getting into the act as well.

And, the federal government has been corrupting states and localities with the practice. Under federal law, if local police participate in the seizure, they can get to keep 80% of the booty!

Now, some of you may have heard somewhere that there was this document – the US Constitution – which, in its 4th Amendment (part of the Bill of Rights) prohibited the heinous practice of unreasonable searches and seizures. It seems that the various Amendments have been observed more in the breach than in the practice in recent years.

In addition to these seizures, the feds also have been tightening the noose on any American who likes to pay cash. This quaint, old-fashioned practice of paying for what you buy has become downright un-American!

Various federal agencies require banks and other financial companies to a record of cash transactions – either in or out – which are “large” which can mean anything from a couple thousand dollars up to five or ten thousand. And, if the bank thinks that you’re using your own money in a suspicious manner, they are required to call the feds right away.

I seem to remember in those old TV shows like Perry Mason, that you were to be presumed innocent until proven guilty. Now, they’ll grill your for an explanation of where the money came from or why you need all that cash. 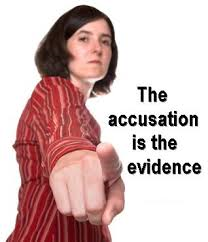 And, if you have a business which some DC denizen doesn’t like, you can be put on a S#*@ list, which means that the bank record-keeping becomes so onerous that the bank will just tell you your account is being closed. How can you pay your bills if you can’t have a bank account? And, if you try to use cash, they can seize your money.

Once upon a time ago, bank deposits were considered sacrosanct. Banks were just holding your money. If the banks did stupid stuff and ran losses instead of profits, first the stockholders would take the loss, then the creditors would suffer if the loss was too large. If all the shareholder and creditor funds weren’t enough, the the FDIC which “insures” deposits would make depositors whole.

But now, depositors are considered to be unsecured creditors. Your bank account not only isn’t protected any more, but that “unsecured” part means that your money is down the list when it comes for somebody to lose. This was tried out in Cyprus several years ago, and when nobody complained too loudly, governments throughout the world – including here in the US – legalized Bail Ins.

Now, some of you may not have been paying attention, but many banks – especially the big money center banks – have not recovered from the crash of 2008. They still have very many non-performing mortgages and other loans. Add to all of that the sub-prime auto loans that have gone delinquent. And then there is the escalating, non-performing student loans.

The US government has run up the National Debt to over $18 Trillion (don’t ask about the unfunded liabilities) and the Derivatives time bomb has grown to several hundred Trillion. The US Stock and Bond markets are in bubble territory once again, and the US Economy is heading into Recession once again, as is much of the rest of the other countries in the world.

At some point, probably fairly soon, the bank dominoes will start to fall once again. Bank Bail Outs angered a lot of taxpayers, so this time around, it will be Bail Ins. Instead of taxpayers being robbed to save the hides of the bank managements, it will be the depositors whose money will be stolen. 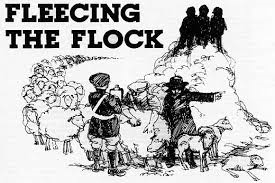 Putting these two items together – the War on Cash and the legalization of the Bail In – it seems to me like the feds want as much of your money in the bank as possible, making it more accessible to the Bail In thievery. And, that both are happening together makes me think the time is quickly approaching.