Skip to content
HomeUS Constitution vs Laws and Regulations

Law students are required to take a course in Conflicts of Law. What the course boils down to is, when two laws disagree in what they say, how do the courts decide which law takes precedent.

If a regulation, made by an Agency of the government, conflicts with either a Law or with the US Constitution, then the Regulation loses.

So, for example, if Congress were to make a law saying that only Democrats could give campaign speeches in public, or if an Agency said that Republicans needed to get a permit to speak in public, there would be a conflict. The agency rule violates both the law and the 1st Amendment to the Constitution (Free Speech and Right of Assembly), so the agency rule would lose in court. 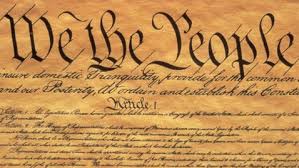 The Law also violates the Constitution (not only Free Speech and Assembly, but also Equal Protection), so the law would be deemed Unconstitutional and null and void by the Supreme Court.

One major difficulty is that, until a court rules that the lower level law or regulation is null and void, it remains in force. To get rid of the law or reg, somebody has to spend a lot of money to file sit, with no guarantee that he’ll win.

While they remain in force, a lot of damage can be done to our country and to our freedom. For many years, the government has been able to seize property without proving – or even charging – that an illegal activity had occurred. This practice has increased considerably in recent years, and you likely have heard horror stories.

To get their property back, people have to sue the government. Many times, the people involved don’t have the money or knowledge of what to do – or that they can do anything about it. 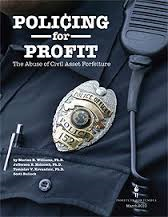 Local police have been bribed with federal law, which allows local police to keep the lions share of property (including cash) seized during a sting operation. Police departments across the country have seized on this to seize the money they want for their local budgets, and the practice has become known as law enforcement for profit.

But, the US Constitution forbids unreasonable searches and seizures, so laws authorizing these seizures, especially when no criminal charges are brought, are clearly in conflict with the Constitution.

I propose that this situation be remedied by an Amendment to the US Constitution.

Action Item: Allow US citizens to challenge Unconstitutional laws and regulations at any time, including during enforcement.

This last point requires some additional explanation. The Nuremberg tribunal following World War II found that the excuse, “I was just following orders,” is not a sufficient defense. Violating the US Constitution is NOT OK! People – even government officials or other government employees – who violate the US Constitution, are committing Treason and should be treated accordingly.