From the United Nations “MY World” initiative, which has recorded the opinions for All Countries & Country Groups with votes of 7,679,273 at the time of this writing. They describe it as:

MY World is a United Nations global survey for citizens. Working with partners, we aim to capture people’s voices, priorities and views, so world leaders can be informed as they begin the process of defining the next set of global goals to end poverty.

The data collected so far is telling, at least about opinions surrounding global warming aka climate change. It is dead last in the list of concerns queried: 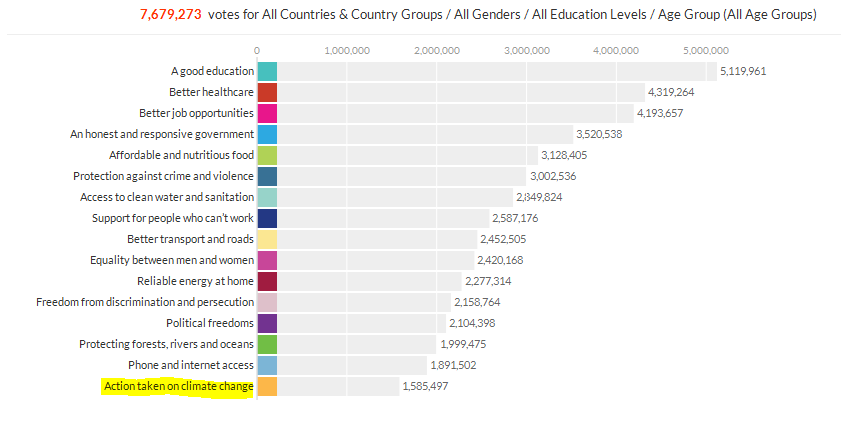 This next graph is even more interesting: 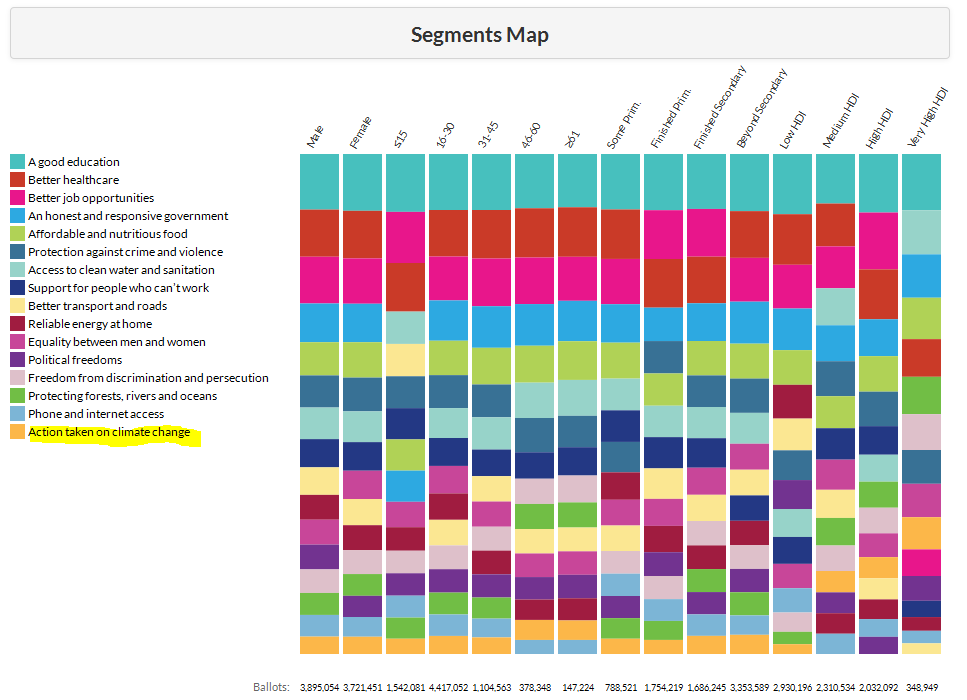 It too shows “action taken on climate change” as dead last among all age groups, gender, and education, but there are three curious columns on the right where it doesn’t come in last, but comes in low. These are the countries where people live that have medium to very high “HDI” which stands for Human Development Index. 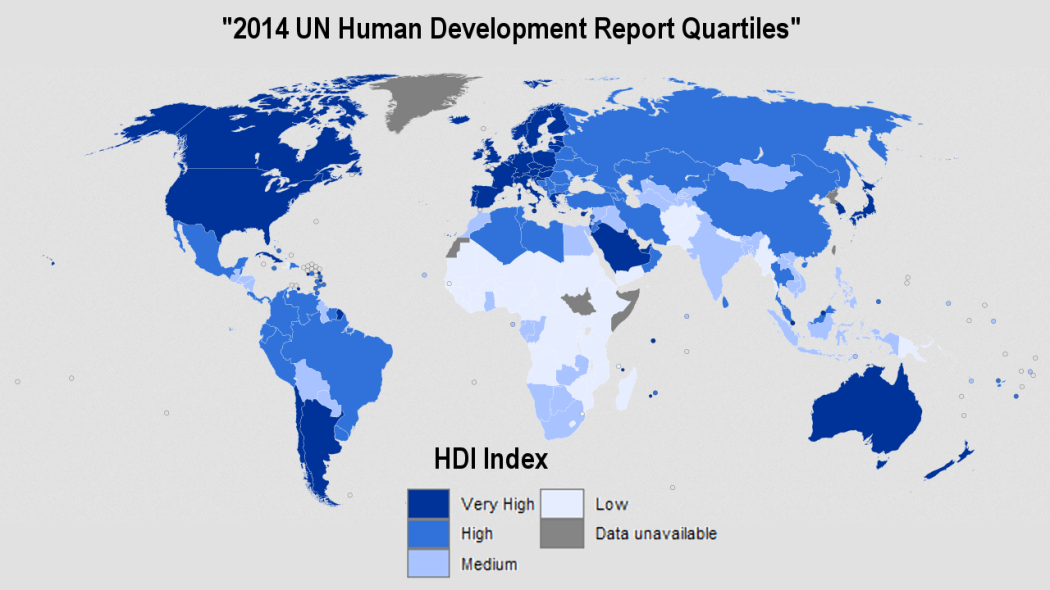 Note that in these countries (medium to dark blue), people already have the things in place that come in lower than the climate change, so they tend to take them for granted. Countries that have a high HDI have reliable energy, Internet access, political freedoms, and social programs, so it is no wonder these sorts of things come in as lower concerns in medium to high HDI countries. These countries also tend to have a population that has people economically free enough to worry about things like climate change, whereas in some countries, you can’t get electricity or get on the Internet to read the latest doom and gloom being spewed by MSM outlets like the Guardian.