Many times, reversing your basic premise can give you valuable insights. Let’s look at oil, religion, and the US Constitution, as well as our political leaders actions in these spheres.

Looking around the world, we see numerous oil exporting countries who also are avowed enemies of the US, either outright like Venezuela and Iran, or surreptitiously like Saudi Arabia. While in the past, OPEC members have curtailed production to keep prices high, now they are in “pedal to the metal” mode, producing as much oil as they can, and have pushed the price so low, many analysts are declaring the death of American production.

Our leaders, most obviously President Obama, have been treating OPEC with kid gloves, while at the same time they are in an undeclared war on US produced energy – mostly of the fossil fuel variety. How might these seemingly at odds actions make sense together?

I expect that most Americans would believe, as a basic premise, that the elected President of the United States is working for the benefit of the American people. So, for the purposes of this mental exercise, let us assume the exact opposite – that President Obama is working AGAINST the best interest of America.

It is a well established fact that the availability of cheap, reliable energy is very well correlated to growth in a country’s Economy, to the people’s Standard of Living, and to the general Well-Being of all who live in that country.

It also is well established that Wind and Solar Power are not reliable, they cost much more than fossil fuels and nuclear, and physically cannot possibly be made economically competitive with existing energy supplies. Because Wind and Solar are “non-dispatchable” forms of energy, they  MUST HAVE a backup supply of fossil and nuclear production.

Because this dispatchable backup must sit idle while waiting to be used, these cost more per kilowatt hour than continuously running power plants. The net effect is that the backup effectively doubles the already impossibly uneconomic costs of Wind and Solar. 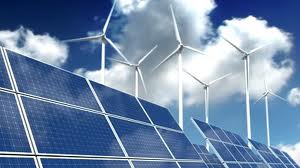 Oil Shale research, reported by National Geographic as early as 1969, became economically viable once crude oil prices rose to over $60 per barrel. As production got underway within the last 10 years, the methods and technology improved quickly and dramatically. The Cash Costs for many of these wells still allows a positive cash flow. And, though “All In” costs still are above current $36 a barrel oil, these wells on already discovered fields, allow drilling and pumping to be started up almost overnight, even if there are some changes of ownership as some loans are foreclosed on.

Moving on to religion, many religions have separate religious and political aspects. Christianity exhibited violence during the Inquisition and in the sectarian wars between Catholics and Protestants. Jewish history also can show violent examples. Happily, this appears to be in the past for both.

The current religion with the most violent tendency is Islam. The three Holy Books of Islam are more openly hostile to infidels than the Bible is, and here in the US, the last 12 months have seen – by far – the largest number of violent attacks by Muslims against non-Muslims ever. While there are those who would say that the attackers’ religion is irrelevant, the type and sheer numbers of attacks on US soil argues against that opinion. Our leaders even refuse to characterize beheadings of Americans as religious violence.

Moving on to the US Constitution, it is hard to deny that it is under attack. American Christians are under fire from the left, including from the Obama Administration. Another 1st Amendment right, Free Speech, is under siege as Catastrophic Climate Change skeptics – referred to using the anti-semitic term Denier – are being threatened with prosecution under the RICO statutes.

The most strongly worded Constitutional Right, the 2nd Amendment, is being ignored openly, as the President uses Executive Orders, and urges Governors to do likewise, to remove guns from peaceful Americans.

The 5th, 6th, 7th, and 14th Amendment rights to Due Process and Jury Trials frequently are observed more in the breach than in the observance. You may wind up on a No-Fly list without the right to challenge it. Tax Court cases are Jury & Appeal Free. Your property may be confiscated without a trial, and you would have to sue to get it back.

Once we posit that the current President is working against the interest of most Americans, government actions make more sense.

Cheap affordable Energy is vital, so our leaders prevent drilling on public land, block the Keystone pipeline, subsidize impossible Wind & Solar, move to shut down coal powered electricity, and use Executive Orders to expand powers that were not included in Laws from Congress.

US Enemies, most notably ethnic Muslims, are protected both in word and in deed, while many likely terrorists are imported into our country. Americans’ ability to protect themselves from mass murderers is reduced by anti-gun and anti-ammunition moves by the President. Those Americans who disagree with the President are called racists, lunatics, or traitors, and wind up on No-Fly, IRS Audit, Operation Choke Point, and other lists.

Stable, elected foreign governments tend to reduce conflict around the world, so our President encourages coups such as in Ukraine, Egypt, and throughout the Middle East. He supports ISIS attempts to oust Assad in Syria. (Yes, Assad is a bad guy, but ISIS is much worse.)

There is much more, but you get the idea. Government actions, especially those of President Obama, make no sense unless you question your basic assumptions.

Is he working against us? I don’t know, and we likely will never know for sure. But, it is instructive to consider that possibility.