By Stratfor – Re-Blogged From https://fabiusmaximus.com

Summary: Europe’s elites warned that Britain would suffer for daring to leave the EU. Suffer severely and soon. Four months have passed since the June 23 vote and Britain has felt no ill effects. Britain might have the last laugh, since the EU has to redo its budget following the loss of its second largest contributor. The EU is already under stress. Cutting the budget and raising taxes will make it worse. Perhaps sparking more exits. 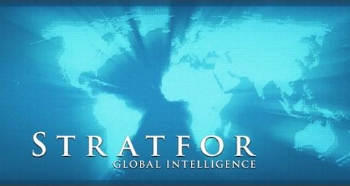 A Bitter Budget Battle Looms in the EU
Stratfor, 13 October 2016.

When Britain leaves the European Union, it will take with it the sizable financial contributions it makes to the bloc’s budget. That will leave remaining member states with some difficult choices to make about how big future budgets should be, what they should pay for and how much members should pony up for them. In all likelihood, key policies — from agricultural subsidies to development funds — will have to be redesigned. And as members decide how to proceed, new sources of conflict will arise that will do little to help reverse the bloc’s political fragmentation.

The EU budget is organized around the Multiannual Financial Framework, which establishes spending priorities and limits for a seven-year period. (The current one lasts through 2020.) Every year, the European Commission, the European Parliament and EU member states negotiate annual budgets based on the spending limits and priorities established by this framework.

About 75% of the EU budget comes from payments made by member states, calculated based on their gross national incomes. This means that, in absolute numbers, the largest economies make the largest contributions. But not all member states contribute the same proportion of that income, which leads to imbalances in contributions per capita. Moreover, since the budget is used to finance most EU programs, many countries give more money to the bloc than they get from it. In 2015, for example, 10 of the bloc’s 28 members were net contributors to the budget. The others received more in program spending than they paid in. 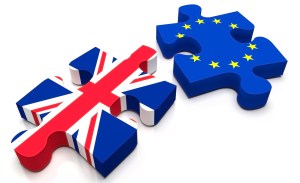 The process of setting the EU budget has traditionally created conflict among member states. Countries in Northern Europe tend to be net contributors, while countries in the south and east are more often net receivers. As a result, every time a new seven-year framework is discussed, bitter debates break out over state contributions, priorities and spending limits. When negotiations for the current period finished in late 2013, member states agreed to a real-terms spending reduction (accounting for inflation) of 3.5% compared with the figure set for the previous seven-year period, the first time in EU history that a slimmer budget had been approved. The United Kingdom and Germany were some of the strongest defenders of that reduction.

The United Kingdom, a net contributor, funds roughly 10% of the total EU budget. According to the European Commission, in 2015 Britain made a net addition of roughly 14 billion euros ($15.7 billion) to the bloc, making it the European Union’s third-largest funder per capita after the Netherlands and Sweden. But the United Kingdom’s contributions are subject to a rebate, which means that it gets some of that money back. A recent report by the British House of Commons showed that for each year from 2009 to 2015, rebates to the United Kingdom reached from 3.9 billion to 6.5 billion euros. Only a handful of other EU members (Germany, the Netherlands, Sweden, Austria and Denmark) are given similar treatment. Since the EU budget must win unanimous approval, countries often threaten to block it unless they, too, get concessions.

Fixing a Hole in the Budget

The loss of Britain’s massive contribution will tear a hole in the budget and raise some tough questions about how to fill it. One option would be to ask remaining EU members to increase their payments to make up for Britain’s departure. But that could be an expensive proposition: According to Der Spiegel, Germany’s Finance Ministry recently calculated that the amount the country would owe to the EU budget could increase by 4.5 billion euros a year if the United Kingdom’s contribution was split proportionately among member states. A study by the Free University of Brussels found that the Netherlands’ contribution, which equaled 5.5 billion euros in 2015, could rise by about 750 million euros a year. Though these figures are preliminary, it is clear that any increases in members’ contributions to the EU budget would spark controversy, particularly among the net contributors in Northern Europe. Countries in the region have been wary of financing the rest of the Continent, and the mere suggestion of having to send additional funds to the bloc could boost the popularity of Euroskeptic parties such as Alternative for Germany and the Netherlands’ Freedom Party.

Another option would be to accept a smaller EU budget with fewer subsidies and programs. But considering most member states are net receivers and every country would have to sign off on any budget changes, consensus on a cutback would be hard to find. A smaller EU budget would force member states to redesign cornerstone policies such as the Common Agricultural Policy, a series of subsidies that benefit not only relatively poor countries in Eastern Europe but also large Western economies such as France and Spain. Structural funds, which are meant to help the European Union’s least economically developed regions catch up with the rest of the bloc, would also have to be rethought. With Britain’s exit, the bloc’s average gross domestic product will decrease, which means the European Union will have to adapt the way it calculates which regions are poor enough to qualify for development funds. After the adjustment, some regions that currently receive funds could be considered too rich to continue doing so.

Fewer available subsidies and development funds could weaken the bloc’s appeal in Southern and Eastern Europe and reduce the interest of some governments in cooperating with central institutions in Brussels or respecting EU rules. The bloc would also have less money to spend beyond its borders, eating into its international influence. Among other places, EU financial assistance flows to candidate countries in the Western Balkans and to developing countries in Africa and the Middle East. A reduction in these funds would weaken the bloc’s soft power. Alternatively, the European Union could cut spending on bureaucracy, which, according to the European Commission, represents around 6% of the bloc’s budget. But this concession could be difficult to gain as well, since it would require EU institutions to vote to slash their own salaries.

The European Union’s final option is to look for new sources of revenue. In addition to contributions from member states, the bloc collects money through customs duties on imports, a portion of the value-added tax collected in member states and other levies. To make up for the United Kingdom’s withdrawal, Brussels could propose new blocwide taxes, including a financial transaction tax. A plan for such a tax was proposed a few years ago but was shelved because EU members could not agree on it. Though this option could be less controversial than changing countries’ contributions, it would raise concerns among some member states about Europe’s already high tax burden. 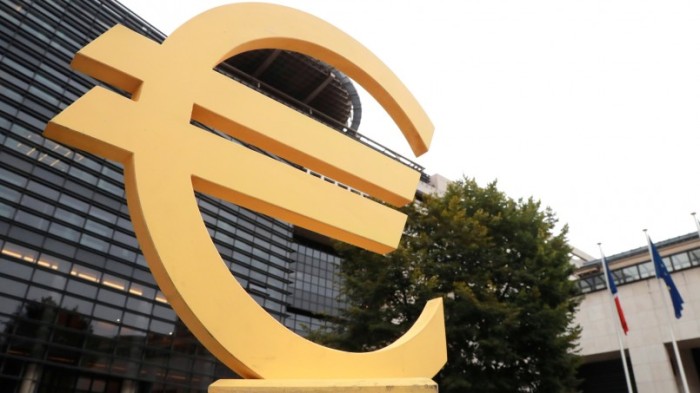 No drastic changes are likely to happen in the European Union’s budgetary process before the current framework expires in 2020. The British government recently said it plans to formally announce its decision to leave the bloc by March 2017, which will start a negotiation process that will last for at least two years. The earliest possible date for a Brexit under that scenario is mid-2019. In the meantime, the United Kingdom will remain a full member and will continue to be bound by its financial obligations to the bloc. In theory, London could decide to stop making its budget payments to the European Union before it leaves, but that is unlikely to happen because it would create unnecessary tension at a time when the British government is interested in negotiating the best exit deal it can.

Talks over the new Multiannual Financial Framework could start in 2018, but they will certainly gain momentum in 2019. This will give the British government a strong incentive to wrap up its exit deal by 2019 to avoid being forced to participate in the European Union’s next budget cycle. Should the British government decide to emulate Norway — which, while not a member of the bloc, does belong to its internal market — London would be asked to contribute to the EU budget as Oslo does. But a “Norway-style” agreement does not seem to be the United Kingdom’s main goal at this point. Moreover, Norway’s contribution to the EU budget is roughly only half of what it would be if it were an EU member.

Budget-related issues will inevitably generate new friction in the European Union. Countries that have rebates will fight to protect them, but with a smaller budget, it will be a difficult battle to win. In late September, the Danish Finance Ministry warned that losing Britain’s contribution to the EU budget could force remaining member states to end the rebates. Denmark will not be alone in its fight to protect rebates, either. During the negotiations for the current budget framework, one of Sweden’s primary objectives was to preserve its rebate. Stockholm could be expected to follow the same path in future talks.

Some governments could also use the issues surrounding the EU budget to their political advantage at home. France’s center-right Republican Party, for example, recently said the European Union should suspend Britain’s rebate because of its decision to leave the bloc. Considering that France’s is one of the few large EU economies that does not receive a rebate, the next French government could threaten to veto the Multiannual Financial Framework unless it gets concessions.

Meanwhile, the main beneficiaries of agricultural and development subsidies will push to keep their privileges, while the net contributing states will try to reduce them. Britain’s contribution to the EU budget was one of the hottest issues during the Brexit campaign, with both sides using different statistics to debate the costs of the United Kingdom’s membership in the union. Euroskeptic political parties in Northern Europe will probably raise the issue of their countries’ contributions to and lack of benefits from the EU budget as a part of their anti-EU rhetoric. Any cutbacks in subsidies for Eastern Europe, for instance, could fuel Euroskepticism in the region.

The debate over the next EU budget probably will not formally begin for at least another year and a half. But given the current political and economic climate in Europe, it stands to be the most controversial budget debate in EU history, and one that will exacerbate tension in a bloc where national interests already clash on nearly every possible policy point.