The US Money Supply is about to soar. Since general price levels in the US Economy, as measured by the CPI for example, are a direct consequence of Money Supply changes, Americans are in for a bout of high inflation over the next few years.

To understand why, we must look at one way that the FED works. The FED tries to contol the Money Supply by influencing Interest Rates. It does this mainly by buying and selling various securities, mainly short term US Treasuries.

If the FED buys these Treasuries, using newly created electronic Dollars, the Treasuries go on its balance sheet and the new Dollars make their way onto Bank balance sheets. New “demand” for the Treasuries push up their price, which causes the effective interest they pay to go down.

The Banks, holding these new Dollars, have choices of what to do with the Dollars, but they all boil down to investing them somehow to earn a safe return. For the last decade, safety has been hard to find. The FED in recent years has offered to pay interest on these Dollars, and most Banks have accepted the offer.

Banks are required to keep a certain amount of Reserves on deposit with the FED to backstop some of their loans – currently about 10%. Looked at from the other direction, if a Bank gets a Dollar on deposit, they may lend out $9 (systemwide) while keeping $1 on deposit with the FED. The $1 becomes $10 – all out of thin air! This is known as Fractional Reserve Banking.

So far, with all the Trillions created by the FED during all the QE operations, the interest they pay to Banks on Reserves has kept most of the newly created QE Dollars, that the Banks hold, on deposit with the FED. The Banks have not lent out these Reserves at the 10 times multiplier.

So, now enters both the FED’s new (correct) policy of raising rates and President Trump’s efforts to reduce the tax and regulatory burdens on the US Economy, and Banks now have more incentive to start lending out some of those excess Reserves, rather than leaving them on deposit with the FED.

So, how much are we talking? The Banks’ excess Reserves, created by the FED largely through the QEs, have grown from almost nothing to around $4 Trillion. 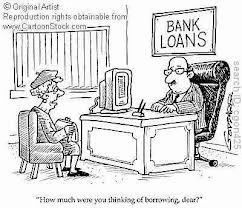 Banks already have reduced their Reserves by about $700 Billion. The increased Money Supply resulting has helped raise the CPI and PPI increases to a new higher level. If the Banks return their excess Reserves to zero, that $4 Trillion would be lent out, which could create $36 Trillion in new Dollar loans. This would be highly inflationary. Prices would soar and American consumers would be caught in the vise.

The FED could counter the potential new Bank lending in several ways. Michael Kosare has written explaining how most of these ways “can’t be done” for political reasons. I’d like to suggest a way that was not considered in that article.

The FED sets the percentage required for Bank Reserves on their loans. Those excess Reserves could be made into required Reserve simply by changing the Reserve requirement – by for example raising it from 10% to 20%.

But, what is the right rate? And, how will the US Economy react to a sudden Reserve requirement rate hike? All at once would not be a smart choice!

The FED, until it eventually allows interest rates to normalize – to rise to Free Market justified levels likely 5% or so above current levels – the FED will be injecting more new Dollars into the Economy. So, the Reserve requirement needed to neutralize the excess Reserves is a moving target!

I suggest a gradual appoach, maybe 0.01% hike each business day in the Reserve requirement, which would allow two things:

There also would be several other benefits to the US Economy, but they are a subject for another day. In the meantime, we need to normalize not only Interest Rates, but also the rate at which Banks create new Dollars out of thin air. It’s bad enough that the FED has that power.