By SRSrocco – Re-Blogged From Gold Eagle

The US Government is going to surpass another significant milestone this year.  According to the recently released data from the TreasuryDirect.gov, the government will fork out a stunning half trillion dollars just to service its debt in 2018.  Unfortunately, as U.S. interest rates rise, along with ever-expanding public debt, the cost to service the debt will continue to increase.

In just the first nine months of the year, the US interest expense has increased by an additional $40 billion.  Last year, the U.S. Government paid only $375 billion to service its debt from October to June, but this year it has jumped to $415 billion: 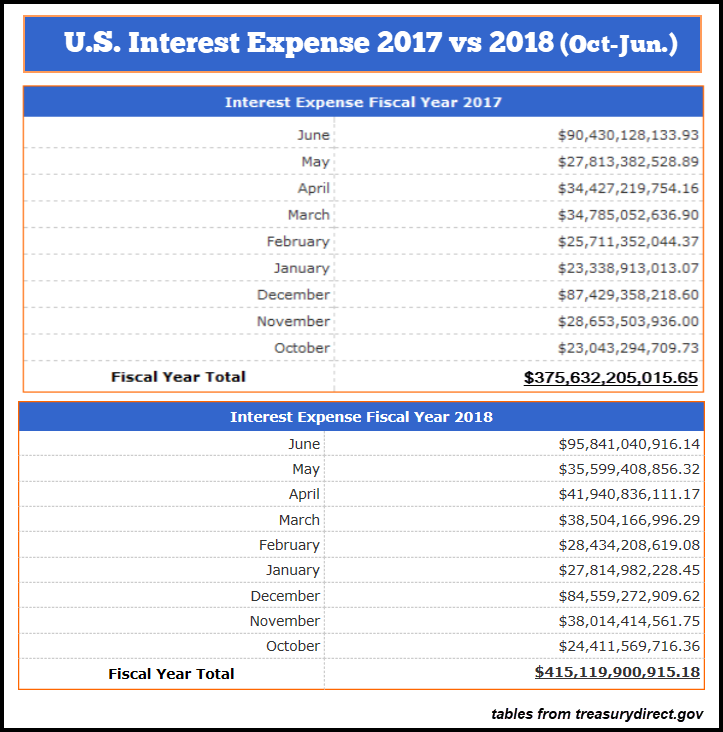 Now, if we consider that the US Treasury paid $83 billion in interest expense for the three remaining months last year, and add it to the current total, it would equal $498 billion.  However, the US interest expense is up over 10% already.  So, if we assume that the interest expense for July-Sept will also be up 10%, then the estimated total debt service for fiscal 2018 will reach $506-$510 billion.

A half a trillion dollars to service one’s public debt is truly a staggering figure.  Since 2012, the US interest expense has increased from $360 billion to an estimated $500+ billion this year: 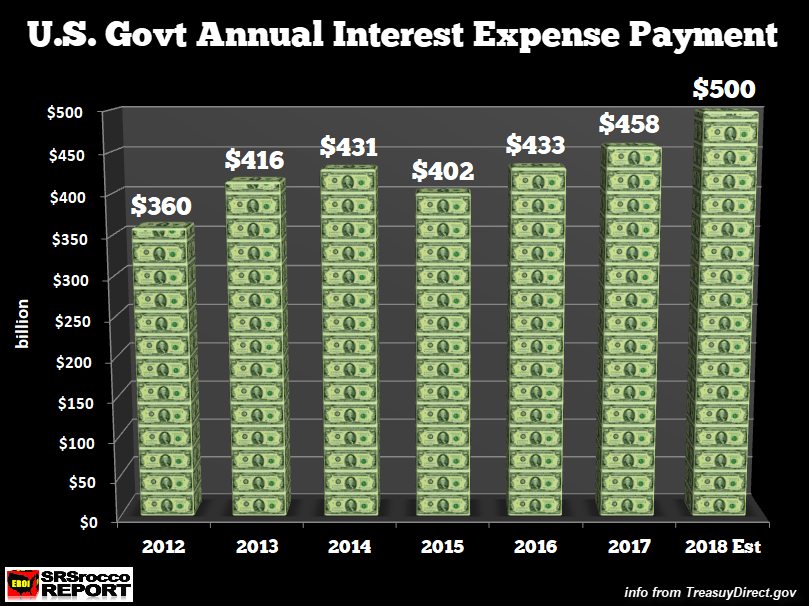 Interestingly, the US debt service in 2000 of $361 billion was higher than the $360 billion in 2012.  The US government paid more interest payments in 2000 because of a much higher interest rate of 6.6%, even though the public debt was only $5.6 trillion.  In the chart below, we can see how the falling interest rate and higher debt kept the U.S. debt service from exploding: 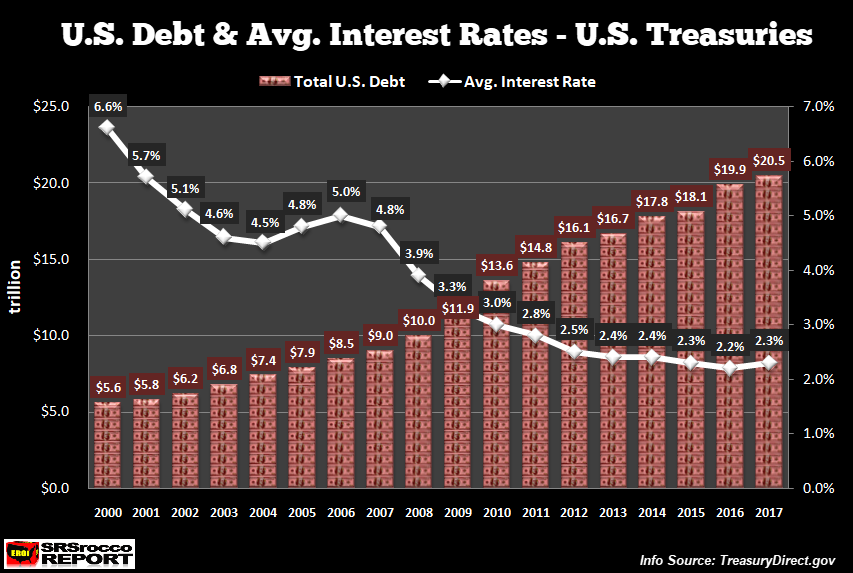 If the United States had to pay a 6.6% interest rate on its $21.2 trillion in debt, it would amount to a mind-blowing $1.4 trillion a year.  This is precisely why Central banks will not allow their interest rates to rise unless the market forces rates higher.  If that happens, well then, the U.S.A. Titanic sinks to the bottom.

As I mentioned above, a half trillion dollars’ worth of interest expense is a tremendous amount of money.  By comparing what the United States pays a year to service its debt versus the annual GDP of various countries, we have the following chart below: 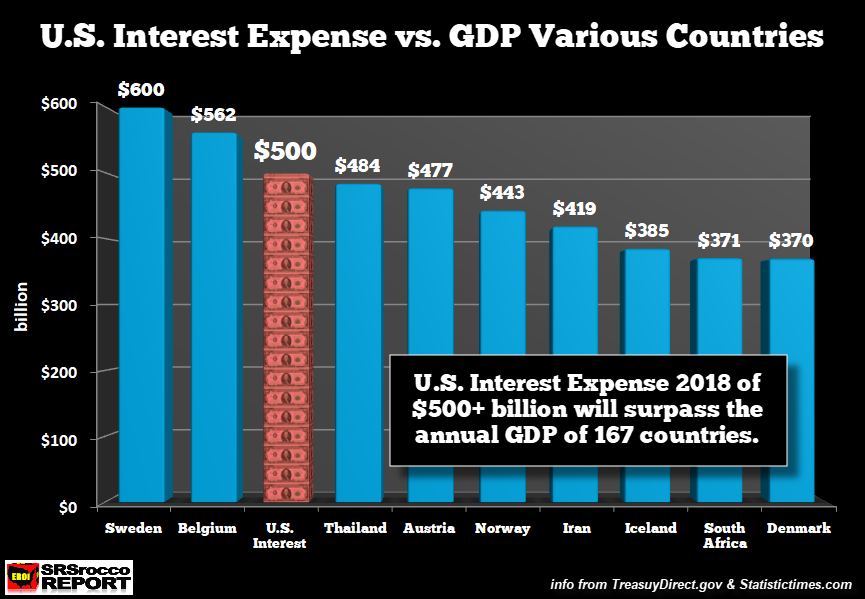 According to the data from Statistictimes.com, U.S. interest expense this year of $500 billion falls right behind Belgium and Sweden’s projected GDP of $562 billion and $600 billion respectively.  Furthermore, U.S. debt service will surpass the annual GDP of Thailand, Austria, Norway, Iran, Iceland, South Africa, and Denmark.

Whenever I discuss the rapidly increasing U.S. interest expense with individuals in public, their usual reply is, “Are we really paying that amount?”  I gather they don’t realize that those who hold the $21.2 trillion in U.S. debt are being paid that interest expense every month.  Whether it is a foreign government who owns U.S. Treasuries or a domestic Pension fund, everyone wants their interest payment… and they COUNT on it dearly.

For example, I estimate that China is receiving around $27 billion a year in interest expense from the U.S. government while Japan gets $24 billion for holding over $1 trillion each in U.S. debt.  I base that on an average 2.3% interest rate.

So, the BIG PROBLEM for the U.S. Government is what happens when the markets crack?  When U.S. stock and real estate values crash, so will the government’s tax receipts.  The only way to keep the U.S. government from going bankrupt during this time is to print money and lower interest rates.