Venezuela used to be a relatively rich country. Today, it has a nominal GDP around $100 Billion, a population around 32 million, a labor force of 14 million, and unemployment over 30%. GDP fell last year by 14%, and inflation is so high that official statistic are meaningless. 87% of the population is described as living below the poverty line.

Through the many recent years of socialism in Venezuela, the government has racked up deficits and debt that defy reality. With recent low oil prices, and government mismanagement of the industry, revenues have fallen so much that, if the Central Bank didn’t print money with wild abandon, the government would have had to declare bankruptcy long ago. 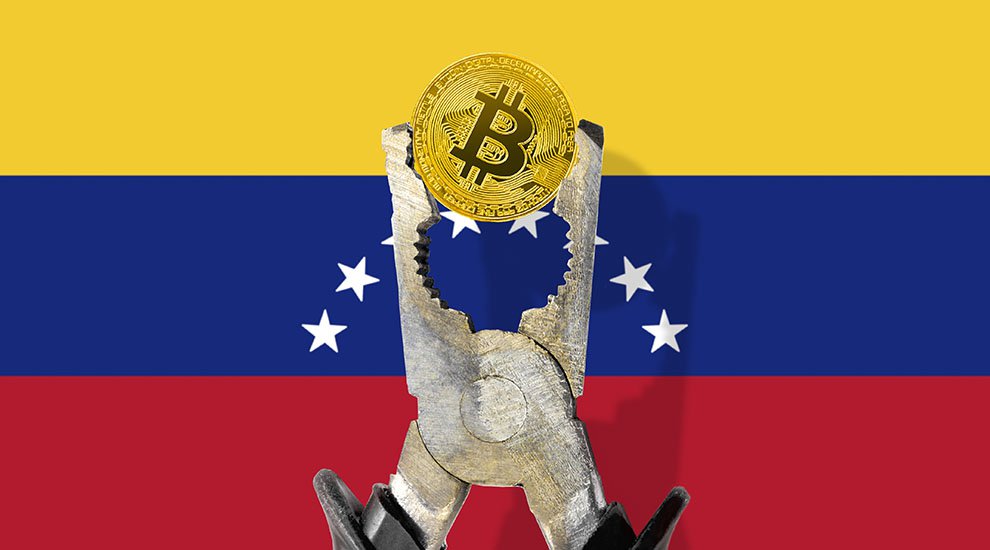 But, a country is much more than its government. My guess is that the Venezuelan people – including the majority which stupidly elected the socialists – are faring much worse than the political class. With no realistic chance that the government will save them, is there anything else that can be done to save Venezuela?

It seems to me that the most important thing needed to stabilize the country, and to get it back to growing, is the implementation of a sound money. In thinking about how to do this, I was surprised at how relatively easy this might be to do.

It wouldn’t be cheap – certainly above the resources I can muster – but neither would it require $100 million to get started. And it could be quite profitable for the initiators. Please bear with me as I run through a possible scenario. First, a private company (let’s call it Ag Warehouse) would mint coins. A Silver 1oz could would carry the inscriptions: “Ag Warehouse promises to pay the holder 10 Bolivars,” and “Contains 1oz Silver” on the two sides of the coin. Smaller weight coins, down to 1/10 oz, would carry similar inscriptions.

Subsidiary coins from 1/2 oz down to 1/10 oz of Copper would carry Centavo amounts from 25 down to 5 Centavos.

Businesses would subscribe to (or be part of the ownership of) Ag Warehouse, and would include producers of basic necessities like milk, toilet paper, etc. These would be sold at a “company store” which would accept the (depreciating) official Bolivars, but also would accept the unofficial coins at a “discounted” rate. So, a roll of toilet paper might cost 50,000 Bolivars or a discounted coin price of 10 Centavos.

The producers would offer their employees to pay them using the coins, plus the ability for them to use the coins at the company store. Employee earnings using coins would be stable, but so would the prices they’d be charged for daily needs. And, the store shelves would be well stocked since value was circulating for value.

I would expect that other, non-member businesses would begin to accept the coins in daily transactions, allowing for expanding the quantity of coins being circulated. So long as the Silver and Copper content was maintained, I would expect the coins’ value would be maintained. Ag Warehouse would be very profitable, just from the seigniorage on the coins.

At some point, I would expect that a “Debit Card” denominated in the coins might be introduced, with backing by Ag Warehouse, but also by other businesses. None of these businesses would be a bank, and there certainly would not be a need for a Central Bank.

Employees could accept pay either in coins or in coin equivalents using the debit cards. There certainly would be the potential for abuse (eventually), but those card issuers could be ostracized – no regulation other than fraud protection would be needed.

So, how much would it take to get this started? My guess is that it could be done – starting small – with maybe $10 million in resources, both to do a minting of coins and to get sufficient production of locally made goods for the store.

Is this just another off the wall idea that I’ve concocted, or might it really work? I don’t know. But, if you’ve got $10 million lying around that you’d like to use finding out, I’d be glad to help flesh out the idea with you.