The financial world runs on “funny money” or debt based currencies. More currency = more debt. How much debt? In a word – “unimaginable.” But another important word we should consider is “unsustainable.” WHY?

The world abandoned gold backing and replaced it with debt based currencies. Those dollar bills, yen, euros etc. are DEBTS issued by your central bank. They are as valuable as… someone believes they are. Unlike gold or silver coins, they have no intrinsic value.

The quantity of debt and circulating debt based currencies has increased exponentially (doubles every 10-11 years) for decades. $44 trillion of debt in 2018 will rise to $100 trillion and then $200 trillion. What happens when another $50 trillion in debt is created in the next decade?

Unbacked fiat currency systems function if politicians and the banking cartel don’t abuse the system. Have abuses occurred? Ask yourself the following questions.

The answer to the above questions is “YES!” Politicians and the banking cartel have abused the unbacked fiat currency system, as expected. The consequences are dire and will become worse. 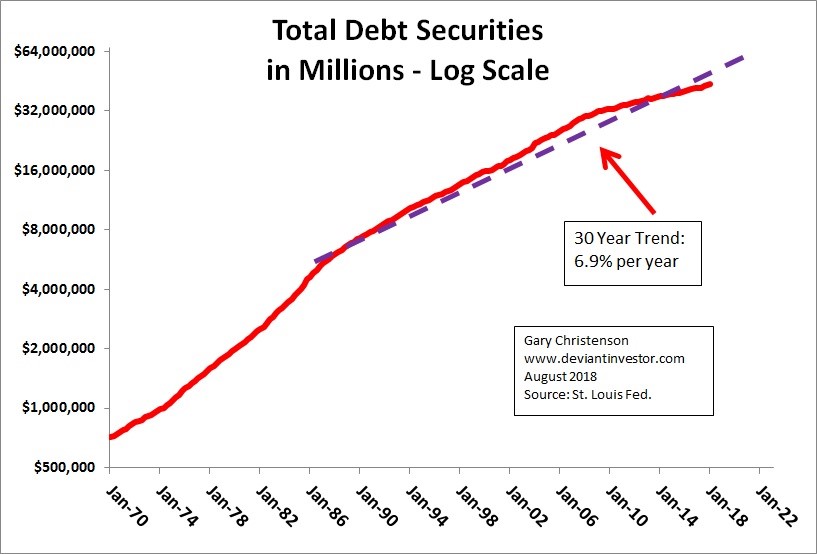 Many of the created currency units flooded into the rising stock market. Apple and Amazon stock have been more rewarding than investments in gold and silver for a long time—too long. This will change.

In the long term gold prices rise along with debt. The following graph shows the four period moving average of quarterly gold prices plotted every four years. This smooths the prices and shows the long-term up-trend. 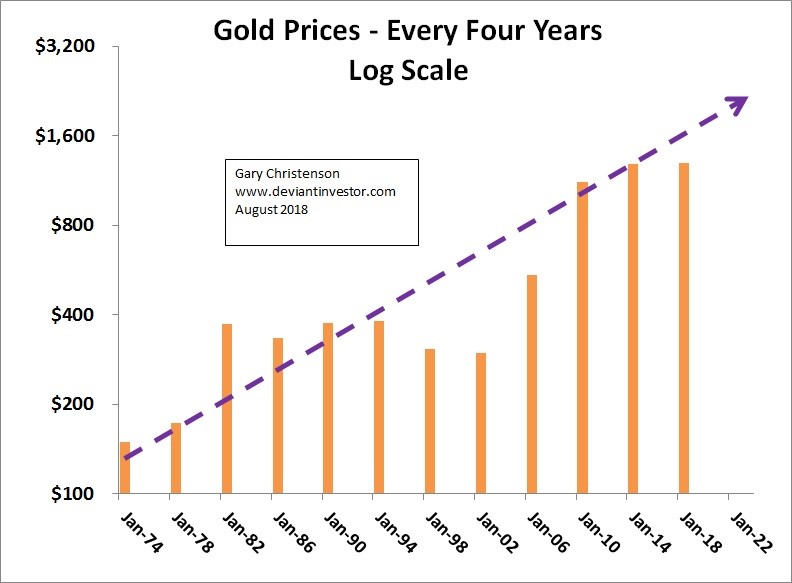 These exponential trends will continue unless:

Fish will swim, birds will fly, politicians will spend, and bankers will act to benefit bankers. Consequently people must protect their savings and retirement. Gold and silver bullion and coins are sensible choices given their current low prices.