Skip to content
HomeCalif. Blames Global Warming for Pollution Caused by Its Own Bad Laws 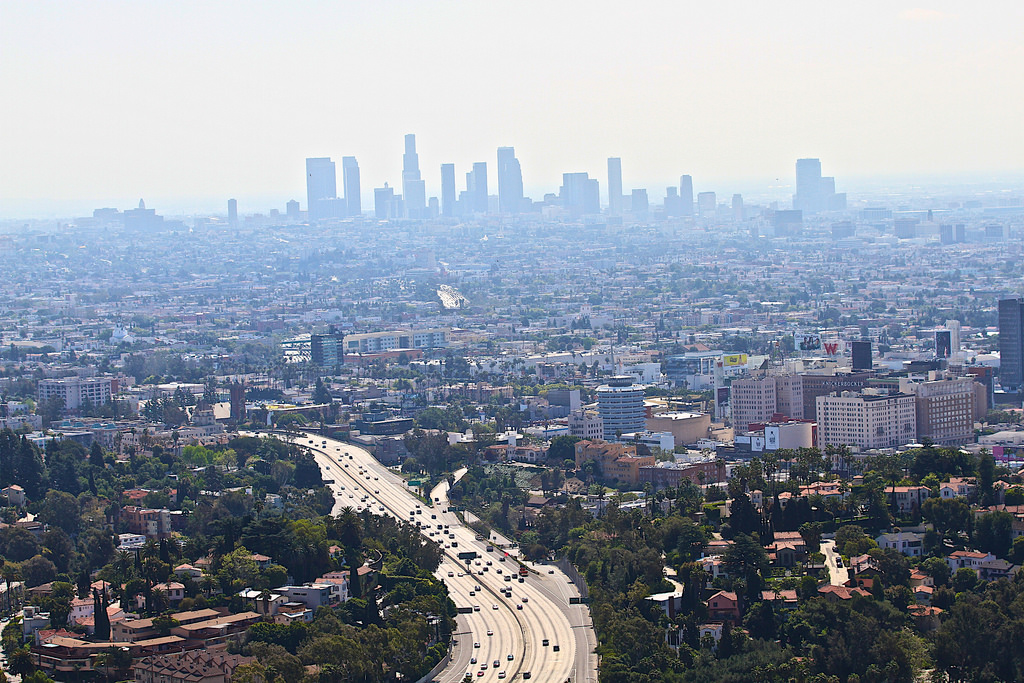 As this year’s heat waves and record wildfires have been blamed in large part, if not all, on climate change, another environmental catastrophe looks to be ripe for scapegoating.

According to the Los Angeles Times, Southern California went 87 days in a row this summer without clean air — the largest stretch of bad air in nearly 20 years.

“The ozone pollution spell began June 19 and continued through July and August, with every day exceeding the federal health standard of 70 parts per billion,” the Times reported.

The dirty air didn’t relent until Sept. 14, when it dipped to “moderate” levels of pollution.

An “environmental engineering” professor from the University of California-Davis said the dubious record should be a serious “wake up call.”

But instead of a course correction, California environmentalists and community groups say the string of smoggy days is a symptom of “insufficient regulation,” and they’re taking aim at the usual suspects — diesel trucks, shipping ports and oil companies.

Tom Tanton, director of the Energy and Environmental Legal Institute, says that is the exact wrong approach.

Tanton not only disagrees, but he pins much of California’s environmental problems on the very regulations that were supposed to solve them. He says it’s a case of unintended consequences followed by politically-motivated doubling- and tripling-down.

“What if current regulations, in addition to killing jobs, are actually adding to our pollution problems not solving them?” he proposed in a Forbes article.

“The Left regulates and regulates in an effort to reduce so-called greenhouse gases – without ever asking if it is really working,” he explained.

With 40 years of experience in the field of energy and environmental policy, Tanton says that California is the “poster child of what not to do,” and contends that the state’s regulations are killing jobs — some 500,000 manufacturing jobs over the past 25 years — in addition to adding to the state’s pollution problems.

“The entire premise for subsidizing zero emission vehicles and the infrastructure needed to power them – reduced air pollution and lower CO2 emissions – is flawed,” a recent Manhattan Institute study found.

But that doesn’t stop generous taxpayer-funded electric vehicle subsidies, or the reality that the electricity for electric cars and trucks is mostly generated from coal and natural gas.

In California alone, the total cost of government subsidies — including federal tax credits and state rebates for so-called zero emission vehicles, as well as subsidies for private and public electric charging infrastructure — is more than $100 billion.

For perspective, that’s about $11 billion more than the entire Florida state budget for 2018.

Last week, 30 free market groups sent a letter to Congress imploring lawmakers not to expand EV tax giveaways, that even with billions in taxpayer support, are typically too expensive for poor and middle class consumers.

“The electric vehicle tax credit subsidizes expensive vehicles that only a fraction of wealthy Americans want and that do not necessarily pollute less than modern internal combustion engines,” said Thomas J. Pyle, president of the American Energy Alliance.

Writing in the in the City Journal, University of California-Fresno professor Victor Davis Hanson, a multi-generational Central Valley resident, told a different story.

“Not content with preventing construction of new water infrastructure, environmentalists reverse-engineered existing projects to divert precious water away from agriculture, privileging the needs of fish over the needs of people,” Hanson said.

“Then they alleged that global warming, not their own foolish policies, had caused the current crisis,” he added.

When it comes to crisis-level traffic problems, decades of environmental regulations served to choke-off any new road construction necessary to keep up with the state’s population growth — heavily influenced by illegal immigration.

California’s clean air regulations date back to 1959, when the state enacted legislation requiring the state Department of Public Health to establish air quality standards and controls for motor vehicle emissions.

Today, there are no less than 18 state agencies that promulgate and enforce regulations aimed at reducing greenhouse gas emissions.

Yet, half the state is engulfed in the dirtiest air the region has seen in 20 years.

Recently, state regulators have begun cracking down on cattle farmers for methane “emissions” of dairy cows.

Whether that’s a good use of taxpayer resources is up to the 40 million people who reside in the Golden State — though urban coastal liberals dominate the state legislature.

According to Tanton, the path forward is clear in spite of the record smog.

Deregulation he says, is the only way to lead California “to a cleaner promised land.”