The idea that as more people move to Hurricane Alley and other storm-prone places, the future cost of those storms will rise – and that we’re not accounting for that future cost and are therefore likely to be shocked by it – makes intuitive sense.

Now some recent studies have fleshed out the numbers, making it possible to tell this story visually (courtesy of yesterday’s Wall Street Journal). So here goes:

We’ve been encouraging people (through Federal Flood Insurance, artificially-low interest rates and state/local greed) to move from the interior of the country to the coasts, raising the population density of sunny but stormy locales like the Carolinas and South Florida: 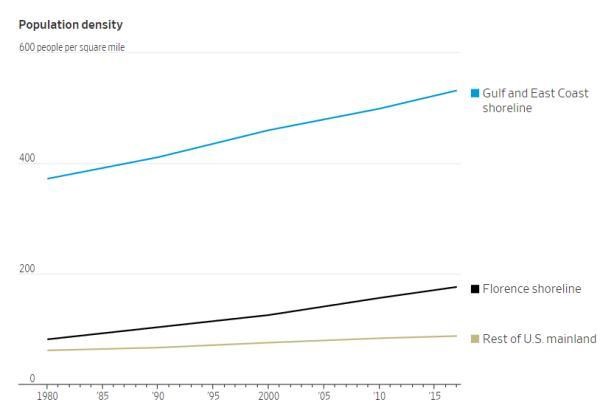 All these new people need houses, stores, roads, etc., which means the cost of rebuilding after future storms is rising as well. Note on the following chart that completely rebuilding Naples, FL would for some reason cost 250% of municipal GDP: 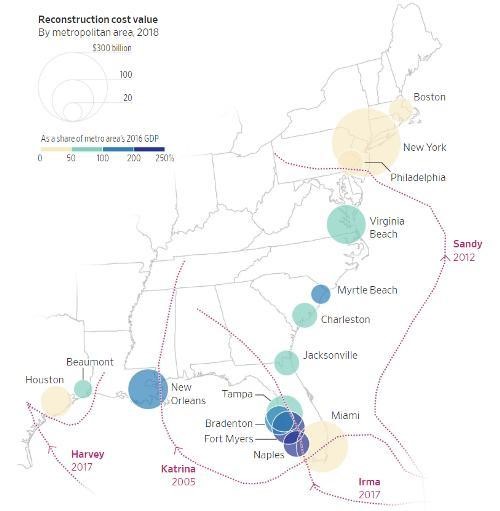 Meanwhile, it turns out that a hurricane’s impact has less to do with the speed of its winds than with how long it sticks around, dropping rain and causing floods. So the important number is a storm’s “forward speed,” with slower being more damaging. And lately – perhaps due to warming ocean waters – storms have been slowing down: 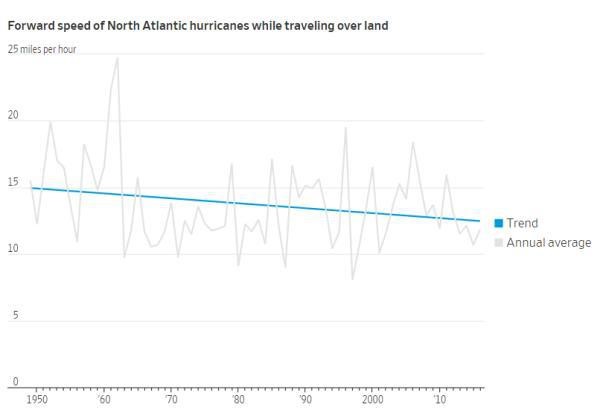 So: Add more people to places that are seeing bigger, slower-moving storms, and the equation spits out higher damages per storm: 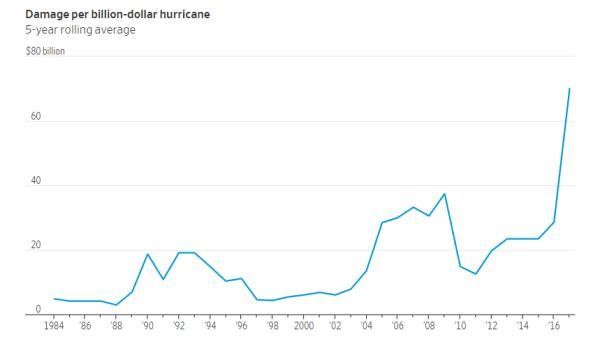 The conclusion? Rising storm damage for as far as the eye can see, with a real chance of a monster storm hitting a big city like Miami or New York and giving us a trillion-dollar summer, bankrupting some major insurance companies, depleting Federal Flood Insurance and forcing the federal government into yet another massive bail-out — just as federal deficits are exploding, public sector pensions are imploding, and student loans are defaulting au masse.