An estimate of risk versus reward based on an analysis of current information is more useful. 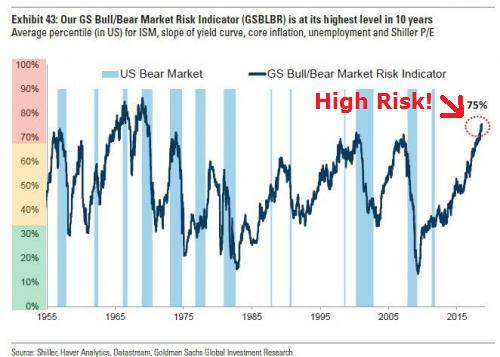 Bubbles always burst or implode. People want to believe “this time is different,” but it usually isn’t. Bubbles will implode and cause huge damage, especially to the middle and lower classes in the United States. Remember the crashes of 1987, 2000 and 2008. Each one seemed more destructive and broader in its reach than the previous crash. What will the crash of 2018 – 202? create?

If it can’t continue, it will stop – someday. Total debt – national, household, corporate, sovereign and more – has increased exponentially since 1913 when the Federal Reserve… you know the drill.

Use national debt for example. Begin the calculations in 1913, 1971, 1980, 2000 or whenever. The rate of increase in the official national debt varies but on average the debt increased 8% to 9% every year and doubles every eight to nine years. Consider the implications of runaway debt, out of control spending, and no political will to manage spending, debt, or expansion of government, Medicare, military expenditures etc.

Outrageous! Of course these projections are only based on 100+ years of debt history and could change, congress might become fiscally responsible, global powers could “make nice,” greed and fear might take a vacation, the Tooth Fairy…

The banking cartel (commercial banks and central banks) will create trillions of dollars of debt in coming years and will feed it into the economy. However, debt creation cannot continue forever. Either the dollar crashes (think Venezuela, Argentina, Turkey and others) or the financial world resets.

“Federal Reserve Gov. the Hon. Powell has only one of two moves he can make. Flood the world with dollars by active debt monetization (QE) internationally, or have the experience of presiding over the greatest depression in the history of man as his legacy. What would his boss have him do? The debt clock is ticking towards the reset by June of 2019.” 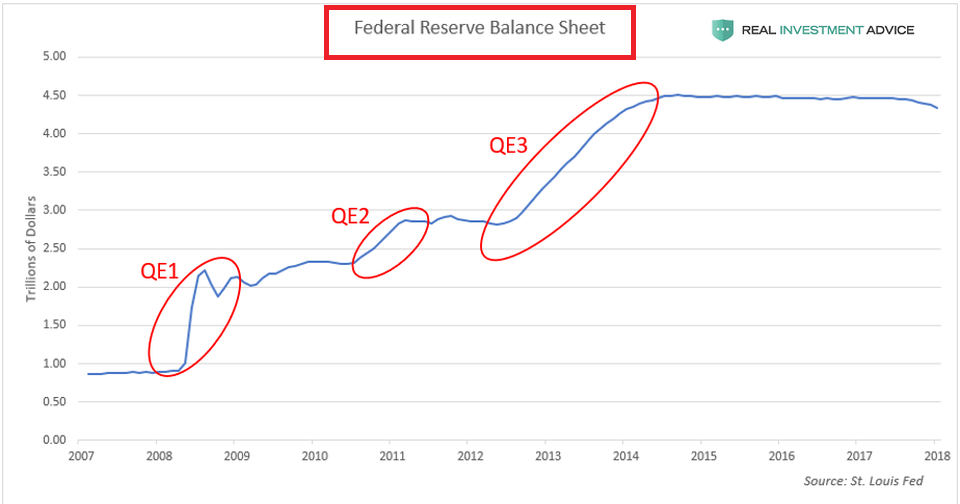 Predicting the “End of the World” is, financially speaking, predicting the reset. Yes, something must occur, but what, why and when?

WHAT IS THE RESET?

Debt must be paid or defaulted. Much of global debt can’t be paid so it will default. That debt is someone’s liability and another person’s asset. Default reduces or destroys both the liability and the value of the asset. Imagine $100,000 of thirty-year bonds being repaid in full, except the $100,000 buys 100 gallons of gasoline in thirty years.

It can’t happen here… It can! Argentina lopped 13 zeros from their pesos since 1945. Interest rates in Argentina reached 60% in 2018. Venezuela and Zimbabwe created recent hyperinflations by central bank printing. It can happen in the U.S., in Europe, in Japan and elsewhere.

When massive defaults occur, will global central banks sit on their hands and watch the collapse, or “do something?” What will they do? It is likely they will print currencies, or as Jim Sinclair says, “flood the world with dollars by active debt monetization.”

WHY WILL A RESET OCCUR?

There are many reasons. Some are:

The $20 trillion in created central bank monetization has made the financial world less stable. Which snowflake causes the avalanche (Jim Rickards) or which grain of sand initiates the collapse (John Mauldin) or which bank collapse will force the global reset? The condition of instability is more important than the apparent cause of the collapse.

The yield curve is declining. Recessions are consequences of excess credit issued by the fractional reserve banking system and central banks. A recession has not occurred for years, but the yield curve indicates a recession is close. Government revenues will collapse, marginal borrowers—corporations and individuals—will go bankrupt and the financial world could reset to a 2008 crisis during the next recession.

Stock markets have been too high for years. Apple and Amazon are trillion dollar companies. The NASDAQ 100 fell over 80% after the 2000 crash. Could it repeat? Yes, but crazy can become crazier to suck in more speculative dollars. Fundamentals are irrelevant compared to central bank liquidity pumps.

Quantitative Easing (QE) or “currency printing” or monetization is like an anti-anxiety drug or cocaine or hard liquor. Use it enough and you create addiction. Central banks created over $20 trillion in QE, enough to produce a substantial addiction. Chairman Powell of the Fed may attempt to “kick the habit” by taking baby steps to reduce the addiction. Based on 100+ years of history, the Fed will monetize more, not less, and probably soon.

WHEN WILL THE RESET OCCUR?

CONCLUSIONS FROM PART ONE:

Miles Franklin will recycle dollars from over-valued stock markets into real money—gold and silver. The conversion is important because some stocks sell at all-time highs while gold and silver prices are low.