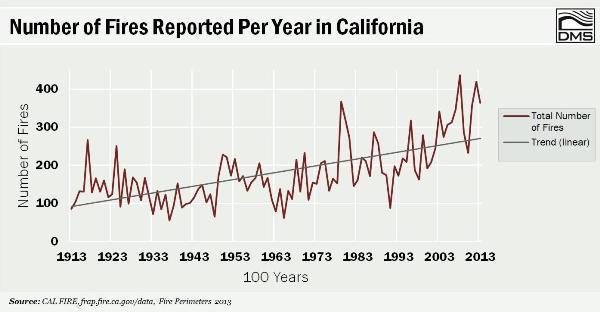 The reason this rates coverage in a financial blog is population. We’ve been moving millions of people into a place that has always had and always will have wildfires. California’s population is now about four times what it was in 1950, and the influx continues. 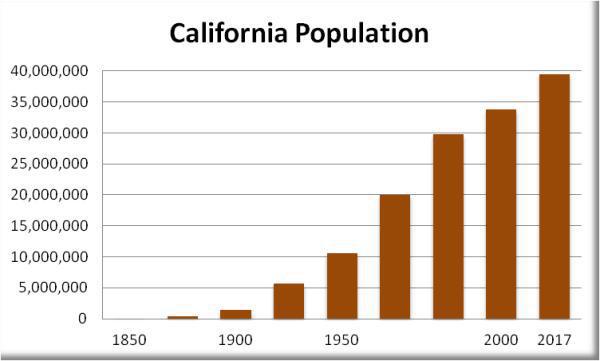 Fire is a crucial part of that and many other ecosystems, clearing out dead plants to make room for living. But add 40 million humans along with their buildings and vehicles, and a healthy, resilient semi-desert becomes a hell-scape.

This is a massive public planning failure, and yet another unfunded liability – that is, a future cost incurred but not saved for – to go alongside public pensions, government debt and multiplying environmental time bombs.

The result: A future of unpleasant surprises, in which governments are constantly saying “Oops, there’s this huge new expense that no one could have foreseen, and we’re all going to have to tighten our belts to cover it, sorry about the bad roads and closed libraries” – or – “Oops, there’s a huge unforeseen expense and we’re going to have to create a trillion new dollars to cover it, sorry about the inflation.”

But isn’t this mostly a private sector issue, between homeowner and insurance company, you ask? In many cases that’s true. But insurance companies have to make a profit, which means homeowner policy premiums have to be high enough to cover expected losses. As the latter rise, so necessarily do the former. Which means the part of our cost of living that’s devoted to insurance will soar as a direct result of California’s asleep-at-the-switch population management policy.

Are California wildfires as big an unfunded liability as the one resulting from the Right Coast’s soaring Hurricane Alley population? Probably not, because fires, even big ones, are smaller than tropical storms. Still, it could easily exceed a trillion dollars (let’s see what today’s fires end up costing) which – hitting a state that’s already overburdened with unfunded pensions and crumbling infrastructure – will probably end up being added to the federal government’s balance sheet via some kind of bail-out.

All of which makes a currency reset that much more likely in the not too distant future. Paying off this mountain of debts, promises and “guaranteed surprises” with current dollars is mathematically impossible. But after a 70% devaluation the numbers might work.