While Mexico suffered the bloodiest year of violent deaths in 2018, even bigger trouble may be ahead for the embattled country.  For the first time in more than 50 years, Mexico has become a net importer of oil.  This is undoubtedly bad news for the Mexican Government as it has relied upon its oil revenues to fund a large percentage of its public spending.

And, the majority of these revenues came from just one prolific oil field.  After the discovery of the huge Cantarell Oil Field in the Gulf of Mexico in 1976, Mexico’s oil production surged from 894,000 barrels per day to a peak of 3.8 million barrels per day (mbd) in 2004.  That year, Mexico’s net oil exports exceeded 1.8 mbd.

Unfortunately, the downturn of Mexico’s oil production was also due to the peak and decline of the Cantarell Oil Field, which topped out at 2.1 mbd in 2004 and is now below 135,000 barrels per day: 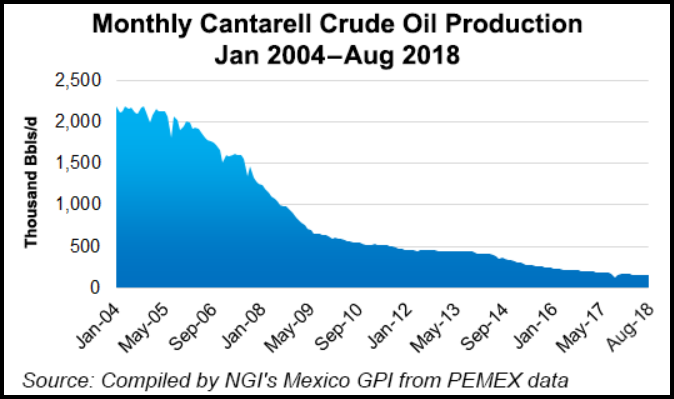 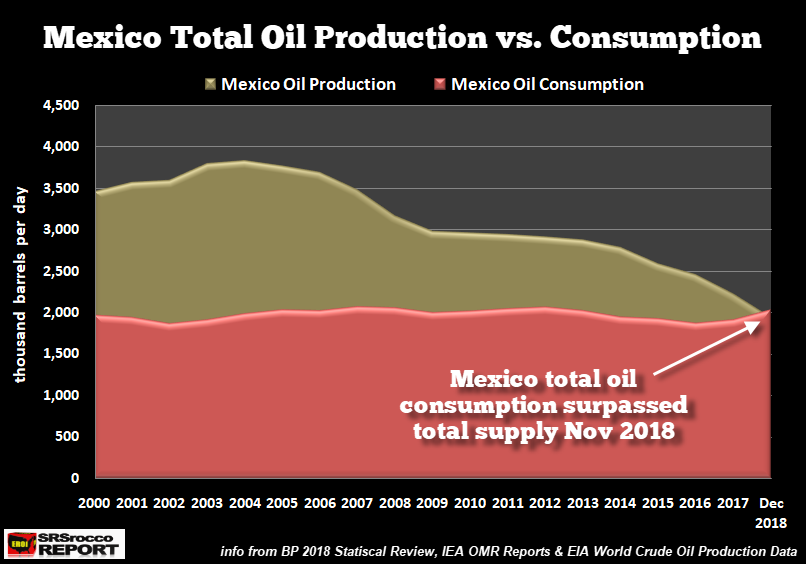 I find it strange that this has not yet been mentioned in the news as it is a very critical factor for the future of Mexico.  Now, I would like to qualify that the data I am using is accurate.  I found Mexico’s total petroleum production and consumption data from the EIA, the U.S. Energy Information Agency’s World Oil Production Browser, the IEA’s, the International Energy Agency OMR Reports, and BP’s 2018  Statistical Review. 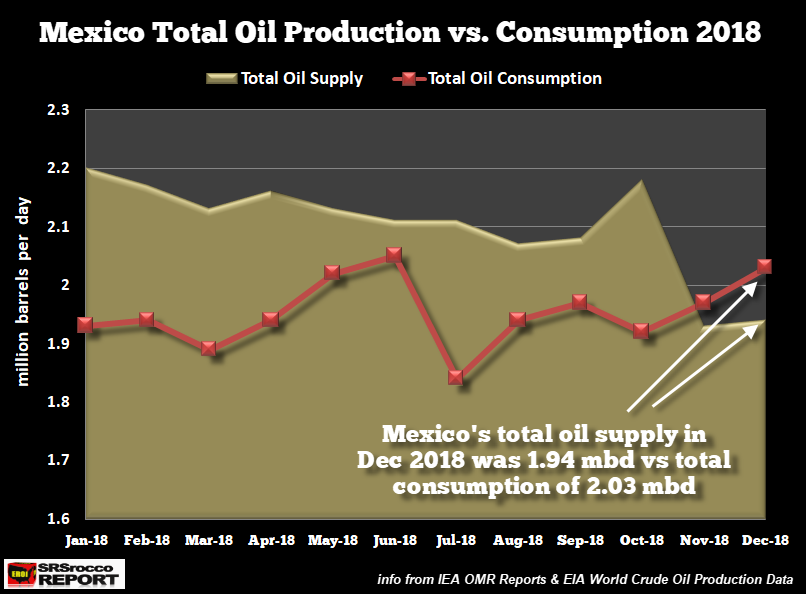 Of course, we don’t know if Mexico will be able to increase production, but if we consider the disaster that is taking place at PEMEX, the country’s national oil company, I highly doubt domestic oil production will recover.  Why?  Well, let’s just say, PEMEX is on the verge of bankruptcy as the company published two troubling signs in its Q4 2018 Financial Report: 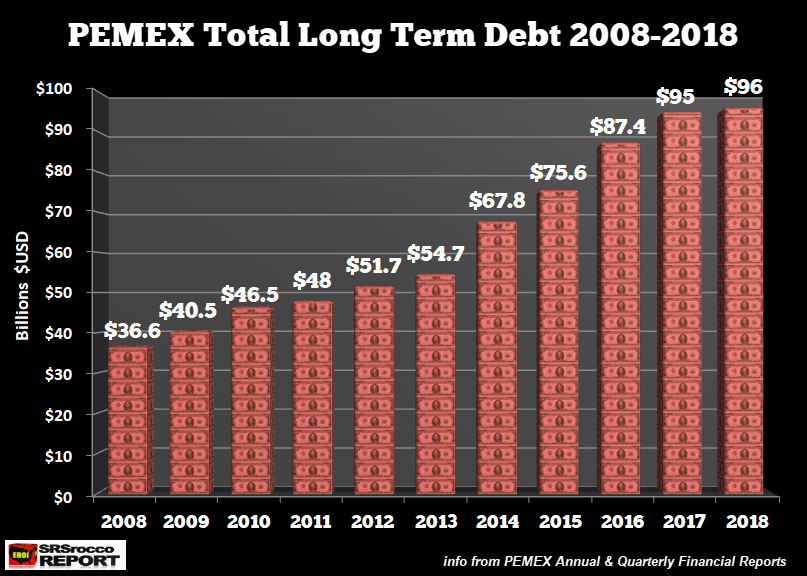 So, even with all the additional capital expenditures, (shown by the massive increase in long-term debt), PEMEX was not able to prevent the inevitable decline of its domestic oil production.  What happens to PEMEX when oil production really starts to decline?

Sadly, as domestic oil supply continues to decline, the Mexican Government will have lower oil revenues to support its public spending.  I believe Mexico is likely one of the next OIL DOMINOS to fall… and it won’t be pretty.

I will be doing a more detailed update on PEMEX’s financial information when they release their next quarterly report.