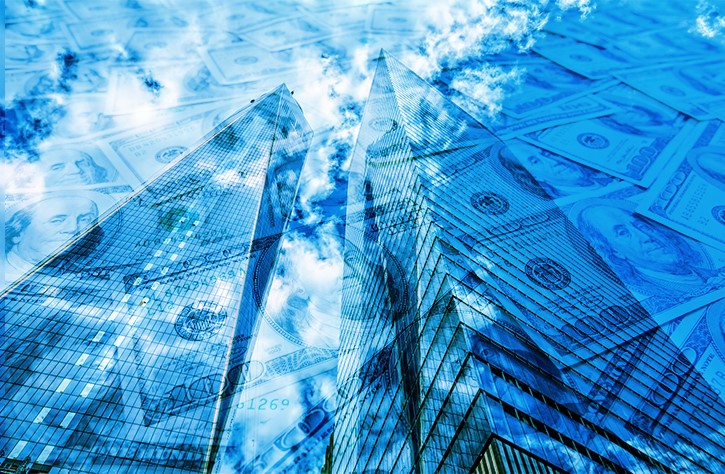 Few people know the risks in today’s economy and marketplace as much as David Rosenberg, chief economist and strategist at Canadian wealth management firm Gluskin Sheff & Associates. For years he’s educated investors with his popular “Breakfast with Dave” newsletter, which you can subscribe to here. He’s also a regular contributor to the Globe and Mail and the Financial Post.

Considered by many to be a Wall Street permabear, Rosenberg successfully predicted the 2007-2008 financial crisis.

Now he’s predicting another recession to make landfall as soon as the second half of this year. Why? In short, the Fed has been too aggressive tightening liquidity at a time when corporate debt is at an all-time high. What’s more, the Trump administration has already enacted fiscal stimulus in the form of tax reform, which has historically been reserved for times of economic turmoil, not expansion.

“How are we going to stimulate fiscal policy [in the event of a recession]?” he asked recently on CNBC’s Trading Nation. “We already did that at the peak of the cycle. We don’t have the fiscal ammunition.”

Since the last recession, nonfinancial corporate debt has ballooned to more than $9 trillion as of November 2018, which is nearly half of U.S. GDP. As you can see below, each recession going back to the mid-1980s coincided with elevated debt-to-GDP levels—most notably the 2007-2008 financial crisis, the 2000 dotcom bubble and the early 90s slowdown.

Through 2023, as much as $4.88 trillion of this debt is scheduled to mature. And because of higher rates, many companies are increasingly having difficulty making interest payments on their debt, which is growing faster than the U.S. economy, according to the Institute of International Finance (IIF).

On top of that, the very fastest-growing type of debt is riskier BBB-rated bonds—just one step up from “junk.” This is literally the junkiest corporate bond environment we’ve ever seen.

Combine this with tighter monetary policy, and it could be a recipe for trouble in the coming months.

During his presentation, Rosenberg reiterated the saying that business cycles don’t die of old age, but rather they’re killed by the Fed. Take a look at the chart below. It shows commercial and industrial loan delinquency rates, overlaid by fed fund rates shifted 10 quarters ahead. What it suggests is that roughly 10 quarters after the Fed began to tighten, loan delinquencies surged.

The good news is that it’s been more than 10 quarters since the Fed started lifting rates in December 2015, and so far we haven’t seen a noticeable increase in delinquencies.

Could this be because the rate hikes this cycle have been small relative to those in past cycles? Not likely, says Rosenberg. According to him, it’s not the amount that matters so much as the change. Whether rates go up 2.50 percent or only 0.25 percent, it can still be a shock on the financial system.

To be clear, I’m not predicting a recession any time soon, only passing along Rosenberg’s expert opinion.

But if his position makes sense to you, it might be time to consider your options on how to prepare. Rosenberg recommends overweighting fixed-income and REITs (real estate investment trusts).

I would add gold to that mix, as it’s performed well as a store of value during economic pullbacks. As always, I recommend a 10 percent weight in gold, with 5 percent in gold bars, coins and jewelry, and 5 percent in gold stocks, mutual funds and ETFs.

I want to end by sharing some excellent news from Metals Focus. The London-based commodities research group just released the 2019 edition of its widely-read Gold Focus report, and the big news is that global gold demand will climb to its highest level in four years. The uptick is expected to be driven by an increase in jewelry fabrication, with India, China and Italy leading consumption higher.

Interest in gold jewelry has indeed improved in recent years, a phenomenon we’ve noticed with the success of such companies as Menē. Late last year, Google inquiries for “gold jewelry” hit an 11-year high.

But there’s more to the story than the Love Trade. Metals Focus analysts see gold also benefiting from a more dovish Federal Reserve and fears of a global economic slowdown.