A perfect example of this is Mexico.  As I mentioned in a recent article, NEXT OIL DOMINO TO FALL? Mexico Becomes A Net Oil Importer, Mexico is now a net importer of oil for the first time in more than 50 years.  Furthermore, the IEA – International Energy Agency, published in their newest OMR Report that Mexico is forecasted to lose another 170,000 barrels per day of oil production in 2019.  Thus, this is terrible news for the United States southern neighbor as it will have to import even more oil to satisfy its domestic consumption.

Now, when we think of the Middle East, we are mostly concerned with its oil production.  However, the Middle Eastern countries, just like Mexico, have been increasing their domestic consumption, quite considerably, over the past 40+ years.  How much… well, let’s take a look. Since 2000, total Middle East domestic oil consumption jumped from 5.1 million barrels per day (mbd) to 9.3 mbd in 2017: 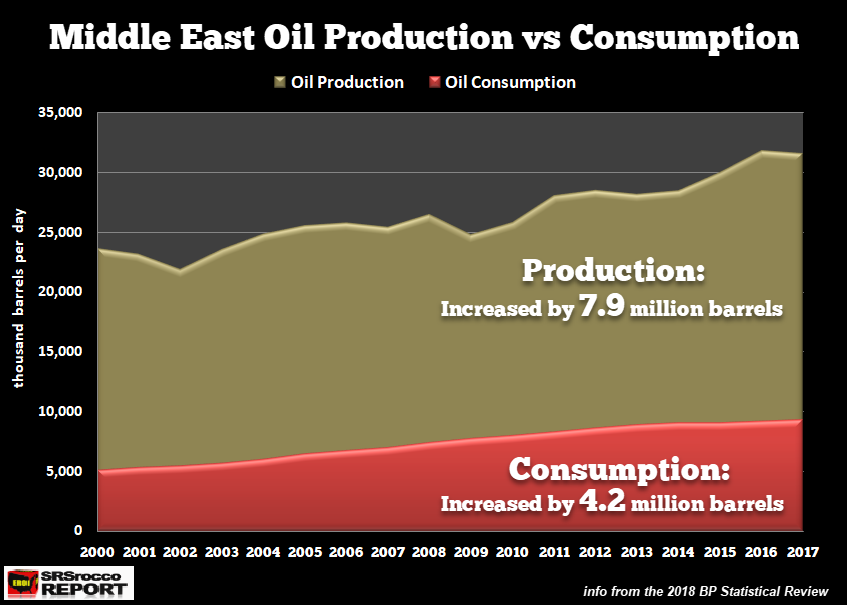 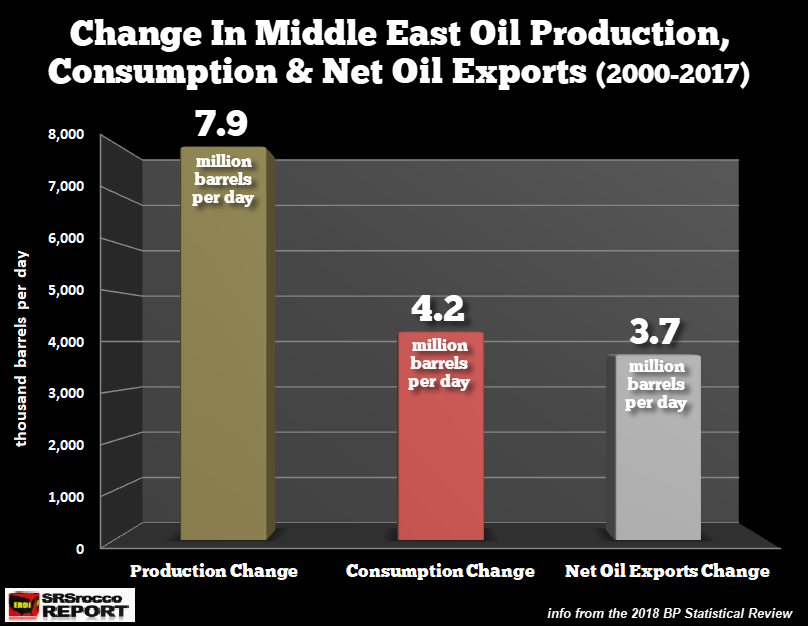 So, after the Middle East spent hundreds of billions on capital expenditures to increase its oil production by nearly 8 mbd, its citizens consumed more than half of that amount. Thus, the increase in Middle East net oil exports since 2000 was only 3.7 mbd. 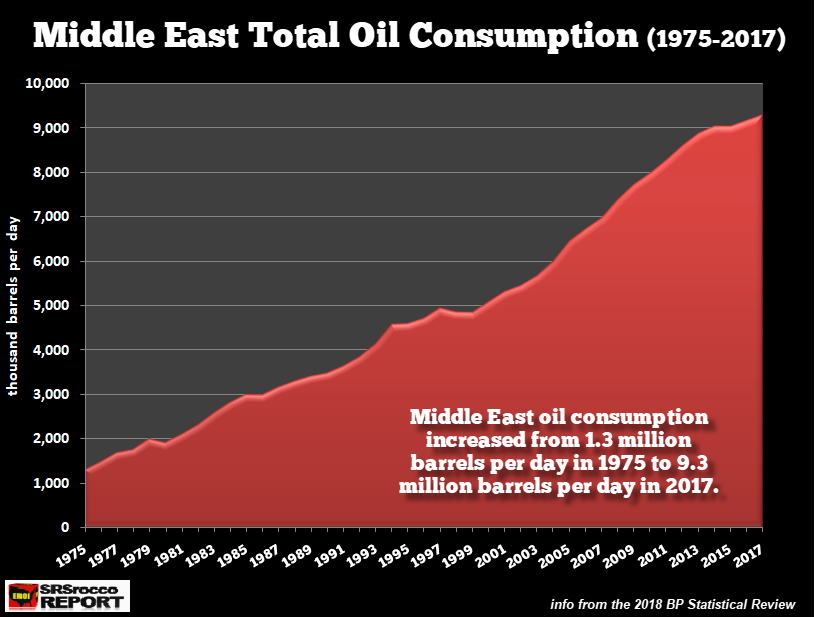 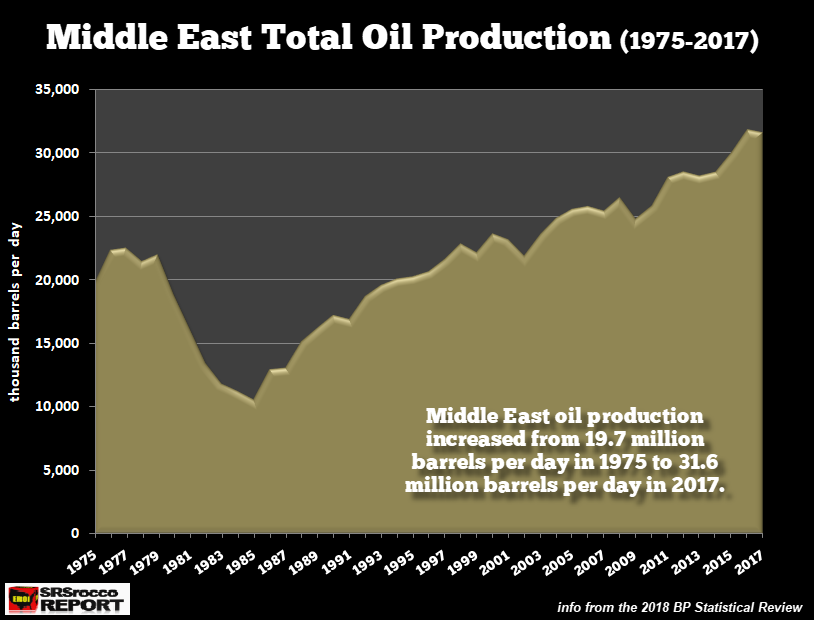 The significant decline in Middle East oil production during the early 1980s was due to the significant cut in supply stemming from the global recession.  World oil demand fell considerably from 1980 to 1984 while more oil supply came online.  If we subtract Middle East consumption from production this is the following result: 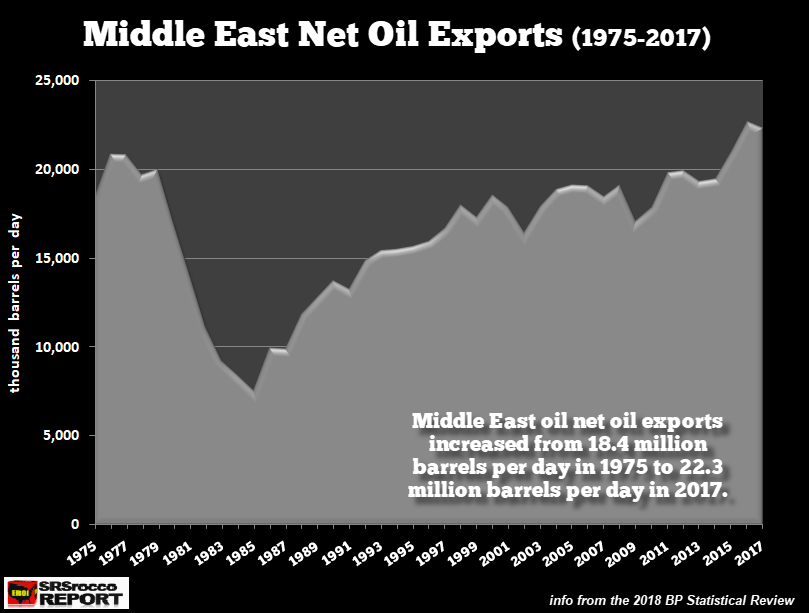 So, the real danger for the Middle East will occur when oil production peaks and declines while domestic consumption continues to increase.  This will be a double-edged sword for the Middle Eastern Governments as they will be forced to cut public spending as oil revenues fall.