The recent collapse in world trade volume is the worst since the financial crisis and as dangerous as during the dot-com bubble of the early 2000s, according to The Telegraph.

Data from the CPB Netherlands Bureau for Economic Policy Analysis revealed that world trade volume dropped 1.8% in the three months to January compared to the preceding three months as a synchronized global downturn gained momentum. 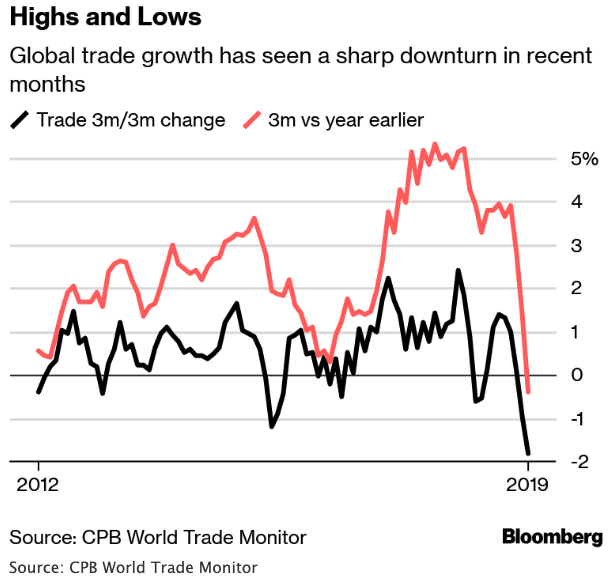 “An industrial slump has been triggered by a perfect storm of factors, including China’s slowdown, the car industry downturn, Brexit paralysis and Donald Trump’s attempt to upend the international trade system with tariffs on European and Chinese goods,” explained The Telegraph. 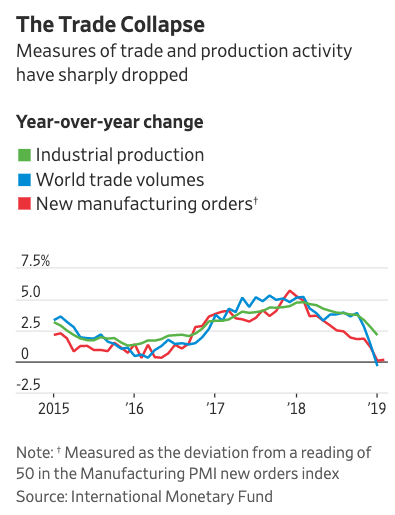 A further escalation of the trade war between the U.S. and China could spark a world trade recession. Already, Washington has imposed steep tariffs on Chinese imports worth $250bn in a tit-for-tat battle with industrial centers in Asia and Germany experiencing sharp drops in trade in recent months.

The Telegraph describes the sudden loss in trade momentum is equivalent to the months after the dot com bubble imploded in 2001 when trade volumes sank as much as 2.2%. Today’s current move is the biggest fall since the financial crisis of 2007–2008 when global trade plummeted, diving as much as 12.7%.

The International Monetary Fund warned last week that this is a “delicate moment” for the global economy as many countries are in the midst of a severe slowdown.

The global downturn in trade is widespread geographically. The synchronized slowdown is expected to stabilize beyond 2020; however, in the meantime, it’s likely the world could be headed for a trade recession, if not already in one.

Courtesy of via Zero Hedge