Not so long ago, the major US political parties had very different views on monetary policy. Democrats, representing labor, wanted high government spending, low interest rates and generally easy money to create as many jobs as possible. Republicans, representing capital, wanted relatively small government, low debt and tight money to give entrepreneurs a predictable future in which to build new factories.

But that was then. Today, across pretty much the entire sitting Establishment, easy money has become the goal of monetary policy, and the Fed is being reshaped to institutionalize this bias. Consider this amazing headline and the article that explains it:

A Trump dilemma: Finding a dovish GOP ally to serve on Fed

The skeptical response to President Donald Trump’s choice of Stephen Moore for the Federal Reserve has thrown a spotlight on the tough task Trump has set for himself: Finding a rare conservative ally who both favors cutting interest rates and is respected enough to win Senate confirmation.

Frustrated by the Fed’s handling of rates under Jerome Powell — his own choice to be chairman — the president tapped two outspoken political boosters to fill a pair of vacancies on the Fed’s board. One, Herman Cain, withdrew from consideration last week amid renewed scrutiny of sexual harassment and infidelity allegations that first surfaced during his 2012 presidential campaign. The other, Moore, faces rising opposition on Capitol Hill both because of a slew of inflammatory commentaries he wrote and concerns that he isn’t qualified to serve on the world’s leading central bank.

Together, Cain, a former pizza company executive, and Moore, an economics commentator, represent a brash effort by Trump to reshape the Fed to his liking. Now, with Cain out of the picture and Moore’s selection in trouble, Trump might end up having to leave two of the seven seats on the Fed’s board unfilled.

Many economists, both liberal and conservative, have suggested that Moore was chosen mainly for his allegiance to Trump’s priorities. He had long identified as an inflation “hawk” who favored keeping rates high enough to fight inflation, even when the economy was weak. Now, he sounds much more like a “dove,” aligned with Trump’s demand for low rates even with the economy on solid footing.

Trump has only a shallow pool to pick from. He is pushing for the Fed to lower short-term rates, and he attacked Powell, in particular, for having overseen a rate hike in December, the fourth of 2018.

A few potential Fed nominees who might satisfy Trump’s hunt for a political conservative inclined to cut rates have emerged. One, David Beckworth, a research fellow at George Mason University, was a Treasury official in the George W. Bush administration and has seemed favorable toward rate cuts for years, Conti-Brown said.

This story has a lot of fascinating angles, including:

The current Fed, which has set short term interest rates at a level that would have been considered wildly, dangerously low in any other era, is being attacked by a Republican president for not cutting rates back to zero – at a time when growth is above 3% and official unemployment is below 4%. Nothing like this has ever before happened. 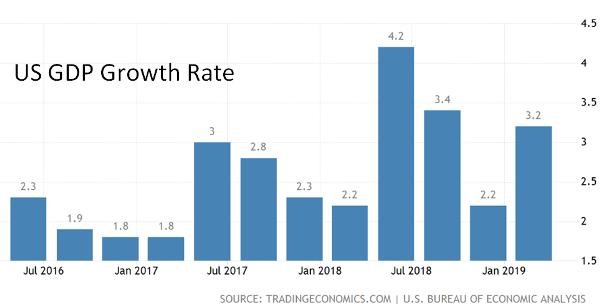 President Trump, in trying to pack the Fed with easy-money Republicans is bumping up against the GOP’s sound money history. Today there are very few well-respected conservative economists who would agree that ZIRP (or NIRP!) is a good thing. That would be a contradiction in terms since if “conservative monetary policy” means anything, it’s that inflation is both very bad and caused by too-easy money. Finding someone who believes that and is willing to cut rates from here obviously isn’t easy.

On the other hand, Fed governors have cushy, high prestige jobs and want to keep them, so just nominating people like Cain and Moore will have a powerful institutional effect at the Fed, producing easier money than would otherwise be likely. So Trump wins either way.

And that’s assuming the Republicans stay in power after 2020. If they’re replaced by Democrats, the next president will have no trouble finding economists from the Keynesian left who are happy to engineer negative interest rates, eliminate cash from the economy, start buying equities with newly-created dollars – or just eliminate the whole debt/interest rate/taxation model and replace it with Modern Monetary Theory.

Either way, it’s easy money all the way down.