Federal Reserve officials like to pretend they can use interest rates like a motorcycle throttle on the U.S. economy. They can either rev things up by dropping interest rates or slow things down by moving rates higher.

The public has been led to believe the central planners can do whatever is needed with rates to keep things purring along. 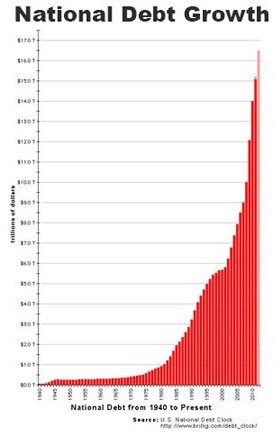 The truth is the central planners at the Fed are meddling with forces beyond their control. They are encouraging consumers, companies, and government to take on debt. Soon, the nation will choke on it.

The U.S. government is once again running trillion-dollar annual deficits. That’s enough to terrify anyone who believes in balanced budgets and limited government.

However, in just a few years, virtually all of what the federal government borrows will be needed just to make interest payments on existing debt. Zerohedge refers to this as the “Minsky moment.”

If politicians want to continue spending money they don’t have on other programs (and you can bet they will), a lot more will need to be borrowed on top of what is needed to pay interest on the debt.

The central bank’s control over the economy is an illusion. Fed Chair Jerome Powell and the other wizards there won’t be fine tuning economic growth by adjusting the cost of money up and down.

They can push short-term rates around directly and try to indirectly control long-term rates through bond purchases. Even that amount of control could be stripped from them when the market asserts itself.

The truth is that risk associated with lending money to the insolvent U.S. government has been way underpriced for years. This will eventually dawn on Treasury buyers.

Giving a long-term loan at 2-3% interest to such an organization as insolvent as the federal government is a risky bet.

Perhaps the realization will strike when deficits double or triple again in the not-too-distant future. Maybe it will be when foreign buyers, such as the Chinese, decide they have had enough. 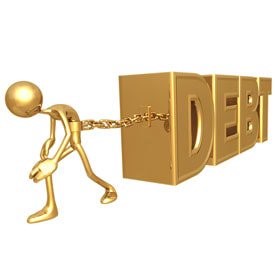 The latter could happen a lot sooner than the market expects.

The Chinese have pointedly said they may dump Treasuries in retaliation for increased tariffs.

When legitimate buyers of U.S. debt at artificially low rates vanish, the Fed is likely to step back in as the buyer of last resort. The central bank got away with that once before. The debt monetization program was called Quantitative Easing.

Will officials be able to pull it off again – on an even larger scale?

The Fed needs confidence at very high levels to support interest rates at these historically low levels. It will be difficult to maintain confidence as the debt levels continue accelerating up the exponential curve.

The day is coming when those with capital to lend will demand a much higher interest rate than Jerome Powell wants them to get. That is when interest rates will rise, and it won’t matter too much what the central planners at the Fed think about it.