Given the torrid advance in gold (GLD [SPDR Gold Shares]) and the leveraged miner ETFs (NUGT [Direxion Daily Gold Miners Index Bull 3x]/JNUG [Direxion Daily Junior Gold Miners Index Bull 3x]), it is of note that RSI readings have screamed northward to the point where I don’t think I can recall a shift in momentum quite this quickly or with such torque. Now, it doesn’t automatically follow that these ETFs are going to crash. In fact, long after RSI readings topped out in February 2016, NUGT and JNUG continued to make new highs for the move. However, today’s set-ups appear to be similar to 2016 so caution is warranted in both exiting too soon and staying too late, so how I deal with that is to take down a portion of the risk and that is precisely what we did yesterday.

GLD is somewhat more overbought than the miners so having pitched 50% of the June $120 calls yesterday (@ $5 plus), I am jettisoning the rest in order to leg out to the September calls at some point in the future. The preferable entry point will be in late June or early July or if the RSI numbers can get back to around 30 and preferably the 20s so as to reflect an oversold condition rather than the current overbought condition we have today. 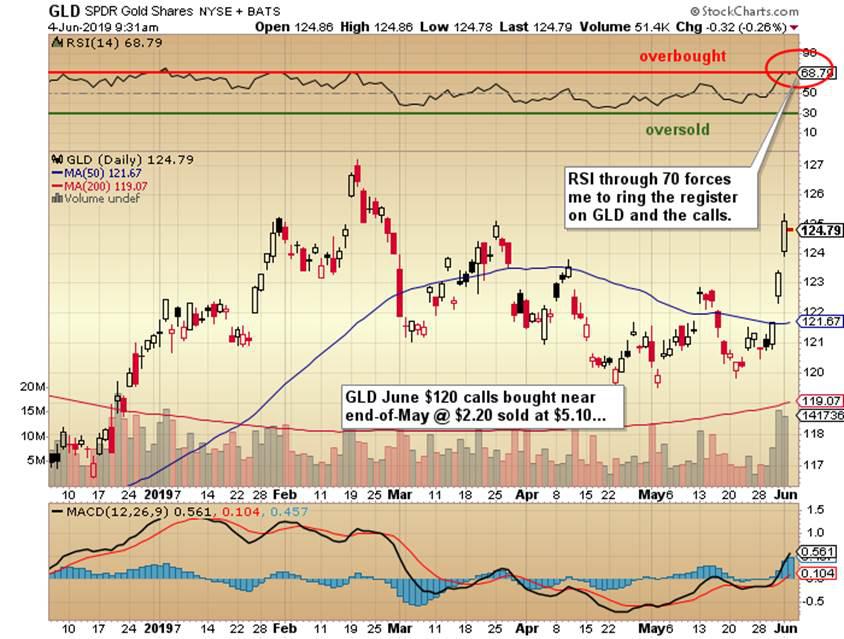 The junior miners too had a riproaring rally in early 2016 that mirrors the move we just had, which appears to have culminated on Monday shortly after I put out the “SELL” on ½ JNUG positions at $8.50 and which saw JNUG close at $8.66, thus triggering the sale. As we look at the opening here on Tuesday, JNUG is opening $8.21 bid. NUGT closed at $19.10 on Monday and is called $18.30 bid. We were gunning for a $19.50 sale on ½ positions but were too aggressive in the target so we remain 100% long NUGT but we did liquidate all of the calls yesterday so it was a great yet somewhat imperfect result. I am offering 50% of the NUGT position today at $19.00 but fear it is again too aggressive. 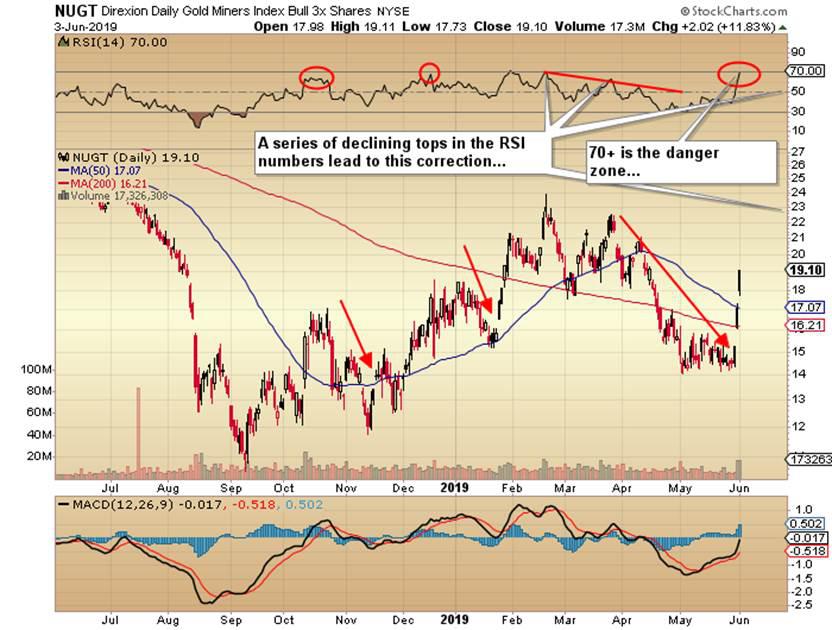 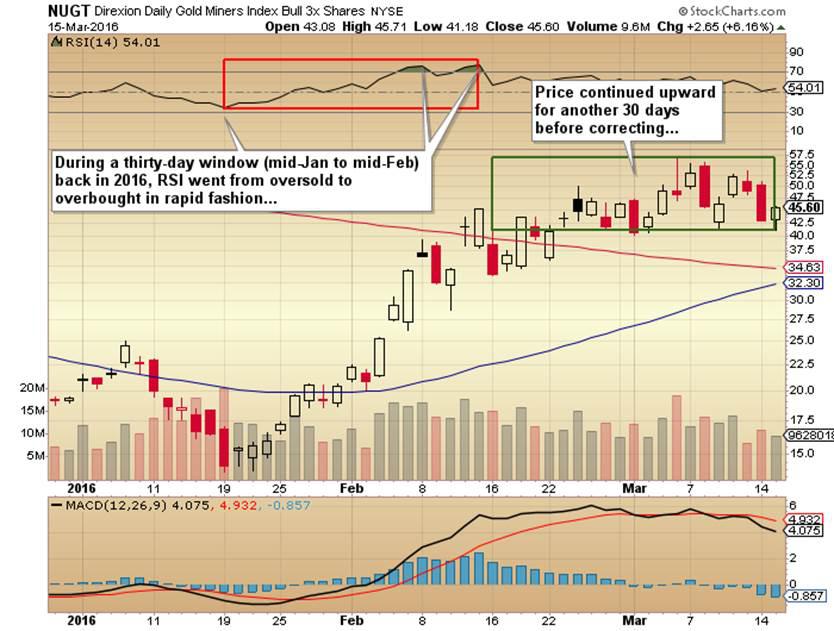 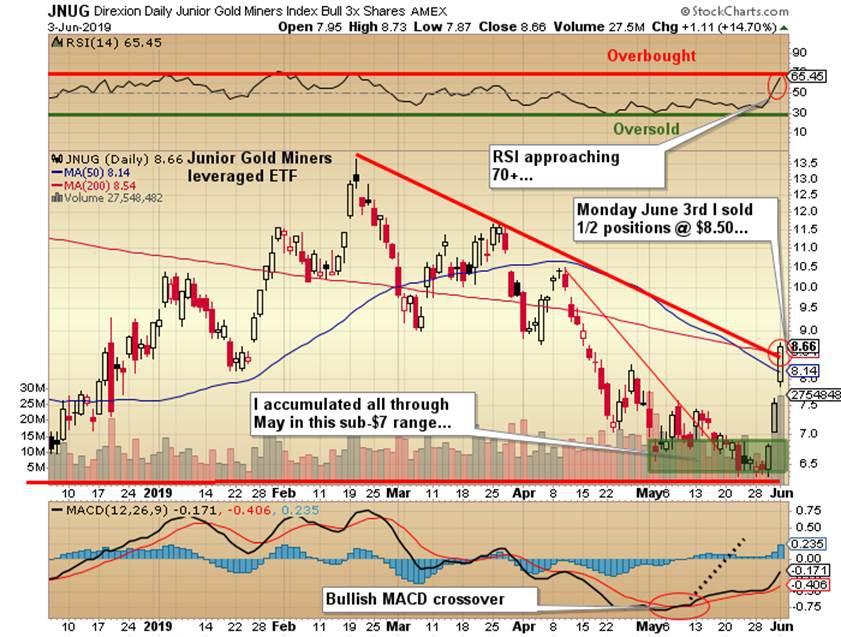 On the topic of profit-taking, yesterday’s timely exit of the Vampire Squid put position at very close to the highs is an illustration of just how important it is to set targets and stick with them. I have been writing about the squid since last fall and as I believe it is a company that has its most glamorous days squarely in the rear-view mirror, I use it as a proxy for shorting the S&P 500. We took profits on those GS July $180 puts yesterday morning and, just like clockwork, the interventionalists stepped up this morning and have the price not just “up” but up and OUT of the gap I identified a month ago when the stock was nearing $200. RSI dipped under 30 by noon yesterday registering a solidly oversold condition and today resides at 40.09, so as much as I was hoping to see a continuation move down to the December lows, I stuck with my original target, which was a move to “fill the gap” down to $180. Yesterday’s low at $180.73 coincided with the RSI bottom so the sale of the puts at $6.60 took discipline, and nowhere is the importance of discipline more evident than in today’s price of $188 and those July puts back at $3.80 bid. Greed is an evil foe and the arch enemy of successful speculation.