US leaders are demanding the rest of the world recognize economic sanctions and stop buying Iranian oil. The U.K., Germany, France, Russia, China, and India are among the nations who don’t fully support the sanctions and would rather not pay higher prices for oil elsewhere.

American officials more and more often resort to delivering ultimatums, both to adversaries and allies alike. Nations that do not follow orders stand to lose access to the US financial system and could face trade sanctions of their own. That is a serious threat.

The huge majority of international trading is underpinned by US. banks and the dollar. Other currencies and banking systems cannot offer the same level of liquidity and convenience.

Nevertheless, sovereign nations don’t like having trade policy dictated to them. The US is wielding its fiat dollar like a weapon and, predictably, countries around the world are busy developing alternatives.

The Europeans are launching a system call Instex. It works by coordinating local importers with local exporters on each side of the border. 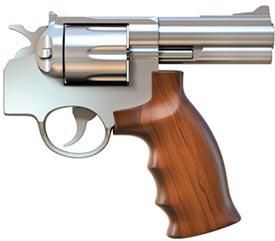 For example, a German company can export cars to Iran. The Iranian car importer sells the cars locally for rials, then makes payment in rials to an Iranian exporter of oil headed for Germany. The German oil importer receives the oil and makes payment in euros to the local car exporter – closing the loop.

The system was designed specifically to end-run US sanctions. Since rials never leave Iran and euros never leave Germany, US banks and dollars are never involved. American officials cannot claim restrictions have been violated.

But that hasn’t stopped US financial powers from trying to impose their will.

Sigal Mendelker, Undersecretary for Terrorism and Financial Intelligence at the US Treasury Department, sent a sternly worded letter to the EU on May 7th…

Anyone, from business owners to government officials and their staff, who participate in Instex could be subject to US sanctions.

The Treasury Department issued this statement: “entities that transact in trade with the Iranian regime through any means may expose themselves to considerable sanctions risk, and Treasury intends to aggressively enforce our authorities.”

The US posture is that Europeans aren’t allowed to use dollars for trade with Iran. And the US is now prepared to punish countries for trading without dollars.

It remains to be seen whether or not Europeans will buckle to US money masters, but we rather doubt it. Rising trade tensions with Europe were back in the headlines last week. President Trump’s decision to withdraw from the nuclear treaty with Iran and reimpose sanctions did not get European support.

The EU may be ready to call America’s bluff.

Last week, the Malaysian Prime Minister, Mahathir Mohamad, proposed a new common trading currency for use in East Asia that is backed by gold. Backing with gold is a way of inspiring confidence.

Russia and China began some trading in yuan and rubles a few years back. 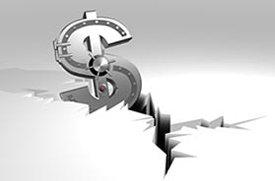 Both nations have been building gold reserves to counteract US dollar hegemony in international commerce. Many other nations now publicly share the same sentiment.

The US is increasingly alone when it comes to foreign and trade policy. Assuming disobedient nations can be brought to heel with threats is dangerous.

The dollar’s status as world reserve currency is a privilege, not a right. If there aren’t already some alternatives that can supplant the dollar in trade, there soon will be.

What happens when threats of financial sanctions don’t work? Will Washington be arrogant enough to start threatening military action to enforce the dollar’s hegemony in global trade?

We may get an answer to those questions soon. Nations seem less and less intimidated by threats from leaders here who may be overplaying their hand.