By Harry Cole – Re-Blogged From The Daily Mail

Resolving Brexit should be the Government’s number-one priority – and is more important to voters than issues such as climate change, according to the results of a new survey.

Thirty-six per cent of people questioned by pollsters Opinium identified Brexit as the most important issue facing politicians.

MPs have so far been unable to reach a majority in the House of Commons to break the deadlock surrounding our departure from the EU – yet last month, they found enough common ground to declare a ‘climate emergency’.

Climate change came third in the list of priorities voters identified for the Government – 11 per cent mentioned it – while in second place was ‘tackling poverty’ on 12 per cent. 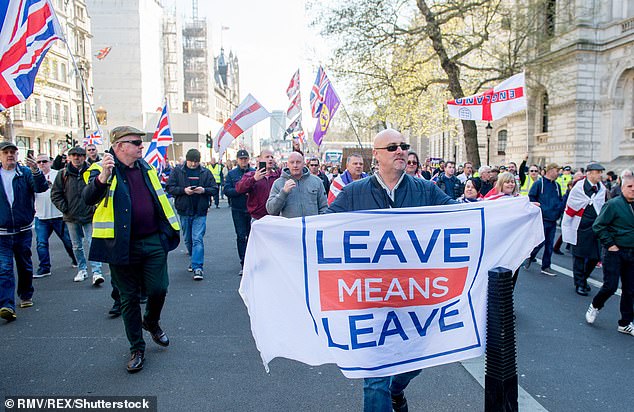 Resolving Brexit should be the Government’s number-one priority – and is more important to voters than issues such as climate change, according to a new survey. Pictured: Pro-Brexit protesters marching around Westminster in April 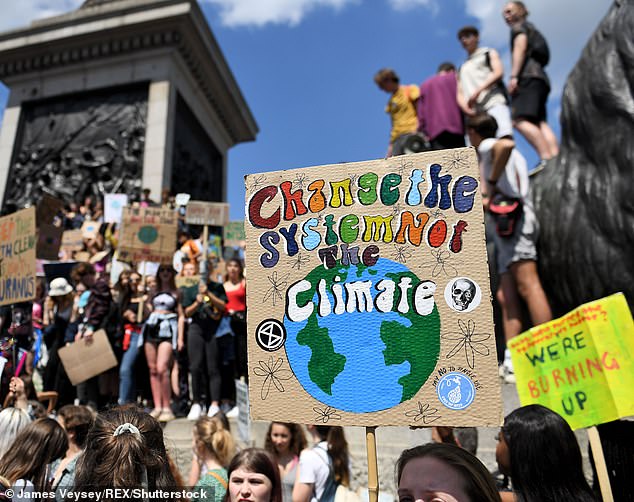 Climate change came third in the list of priorities voters identified for the Government – 11 per cent mentioned it. Pictured: School students walk out in global climate strike in Trafalgar Square in May

Even though the environment is often seen as a particular concern to younger people, it was only marginally more important to those under the age of 35 who were questioned in the survey.

Nineteen per cent identified it as their main concern while 15 per cent of under-35s said helping the poor should come first. But both issues came behind ‘resolving Brexit’ at 24 per cent.

Asked what the worst thing was about Britain right now, 28 per cent of all voters said our bitterly divided politicians.

Sixteen per cent pointed to the crime rate, with 14 per cent citing wealth inequality and ten per cent the cost of living.

The survey about the state of the nation was commissioned by the modernising Conservative think tank Bright Blue, which warned that Brexit is drowning out other important policy issues, many of which affect younger generations.

When asked what the Government could be doing to help under-35s, the majority of all voters – 56 per cent – said making housing more affordable would provide the most assistance.

Despite pro-Remain politicians and campaign groups putting young people at the heart of their efforts to thwart Brexit, the country is divided about the effect it will have on younger people.

Twenty-five per cent of voters said staying in the EU would help under-35s, while 23 per cent said leaving would give them a boost.

Opinium research expert James Crouch said: ‘Despite wide agreement about the type of policies that would benefit them, in particular making housing more affordable, there is also a resigned feeling that Brexit needs to be resolved and prioritised above everything else.’

Bright Blue director Ryan Shorthouse said: ‘Although they are most likely to report that the Government should prioritise resolving Brexit, an overwhelming majority of young adults believe that the policy that would help them most is making the cost of housing more affordable.’ 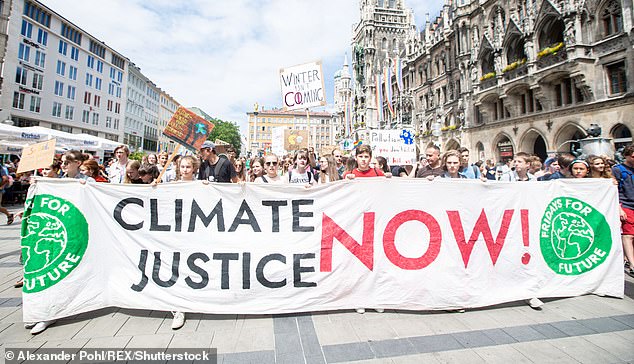 Even though the environment is often seen as a particular concern to younger people, it was only marginally more important to those under the age of 35 who were questioned in the survey

Former intelligence chief Sir John Sawers accused Britain of having a ‘political nervous breakdown’ about leaving the EU in an extraordinary public intervention.

The former head of MI6 hit out at ‘unwise’ David Cameron for giving the public a say on the UK’s EU membership, adding: ‘That decision now taken, the country is very badly divided and our standing in the world is severely diminished as a consequence of the way in which we are handling all that.

‘I think there is a lot of anxiety. As we leave the European Union, we take a huge risk to our international standing; to the strength of the British economy.’

He said many within the Government agreed with him, adding: ‘It is not surprising that the people who have devoted themselves to serving the interests of this country are concerned about the direction in which the country is going.

‘Can we recover? We recovered after a very messy 1970s with effective leadership in the 1980s.

‘So I don’t think the situation is irretrievable, but we are going through a very difficult period as a country.’

He told the BBC: ‘We have potential Prime Ministers being elected by the Conservative Party now [and] in the shape of the leader of the Opposition, we do not have the standing that we have become used to in our top leadership.

‘Whether people can develop that when they become Prime Minister, we will have to wait and see.’

But former Tory leader Iain Duncan Smith, chairman of Mr Johnson’s leadership campaign, hit back: ‘Actually I think he might be going through a political nervous breakdown. I’m certainly not going through one and I don’t think my party is either. The reality is that the expression of democracy may well frighten him slightly.’

Opinium polled 2,002 UK adults weighted to a nationally representative criteria from July 3 to 5.