The world is in the midst of one of the strangest asset bubbles of all time. Instead of being fueled by the hope of bigger and bigger gains, it is being driven by a resignation to incurring lower and lower… and ultimately negative, yields on capital.

This summer, the global inventory of bonds yielding less than zero reached a record $13 trillion.

Negative yielding instruments are concentrated mainly in Europe and Japan, where they have spread from sovereign to corporate issuances. Now even some “junk”-rated bonds are teetering around 0%. 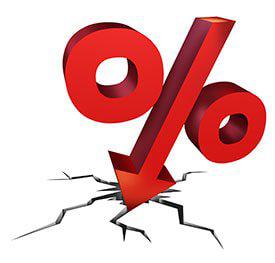 While negative nominal interest rates have yet to make their way to the United States, the Federal Reserve has toyed with the idea of cutting rates below zero in the event of a severe economic downturn.

At their August 2016 Jackson Hole gathering, Fed officials heard economist Marvin Goodfriend make the case for negative rates. “It is only a matter of time before another cyclical downturn calls for aggressive negative nominal interest rate policy,” he said.

The U.S. economy, now into its longest official expansion since Fed came into existence, is overdue for a recession. When one does hit, Goodfriend suggests the Federal funds rate could be dropped to as low as negative 2%.

In the meantime, negative real interest rates are an extant and growing problem confronting American investors.

Yields on Treasuries with maturities as long as 10 years have recently been pushed below the Fed’s target inflation rate of 2%. 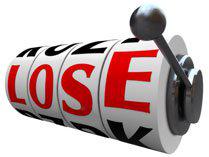 Any slight pickup in inflation could put the entire Treasury yield curve into negative real territory.

To illustrate, a bond with a positive 2% yield denominated in a currency that is depreciating at a 3% annual rate produces a negative (-1%) real yield. It’s no better than a bond sporting an actual -1% yield in an environment of 0% inflation.

According to a recent analysis by conducted by Bloomberg, $25 trillion in bonds worldwide sport negative real yields.

That will likely hit $30 trillion (more than half of all bonds) if the Fed cuts rates twice this year – even higher if the central bank cuts three times as many Fed observers, including White House economist Larry Kudlow, expect.

Neither governments nor banks advertise the real, after-inflation rates on the debt instruments they offer. If they did, millions of savers would see quite clearly that the interest they’re being paid is a losing proposition.

Of course, inflation data can be manipulated in various ways to suppress the extent of actual price level increases people experience in the economy. That’s one reason why so-called “inflation-adjusted” bonds should be viewed with skepticism.

Fortunately for investors, certain asset classes tend to thrive in an environment of negative real interest rates. Among the standouts are precious metals.

When real interest rates on paper are negative, gold becomes attractive to hold as an alternative – and tends to perform well. This is proven out in the following chart, which uses the yield on five-year inflation-linked Treasuries as a proxy for investor expectations of real interest rates.

A common knock against gold is that it doesn’t generate interest or dividends like financial assets. While trivially true, it’s irrelevant because gold is ultimately a form of money that can gain value versus shakier financial assets regardless of their nominal yield.

Only when you can get a comfortable (and secure) after-inflation yield from a bond should it be viewed as having a meaningful advantage over gold.

In today’s unprecedented $13 trillion negative interest rate environment, gold’s 0% yield has never been more attractive by comparison! Gold has a higher yield than $13 trillion in bonds in existence so far. Precious metals certainly have greater appreciation potential than bonds denominated in euros, yen, dollars, or any other fiat currency.

That so many investors around the world are apparently content to let their wealth get sucked into a negative-yield vortex is, frankly, baffling.

The proliferation of negative-yielding securities has befuddled economists of all stripes. It seems to violate a basic principle of economics – that debtors must pay creditors some level of interest to compensate them for putting their money at risk and giving up immediate access to it.

The “greater fool” mentality might best explain the peculiar phenomenon of lenders becoming willing to pay interest to borrowers via bonds.

It has pushed other asset bubbles throughout history to irrational and previously unthinkable heights.

Holders of negative yielding bonds apparently believe that future bond buyers will get suckered into accepting even lower yields. But, at some point, there will be no greater fools left to sell to.

When the global bond bubble bursts, proud owners of negative-yielding paper will start suffering unanticipated capital losses as bond values get marked down. Perhaps then, they will come to their senses and seek more prudent places in which to hold wealth – such as precious metals.