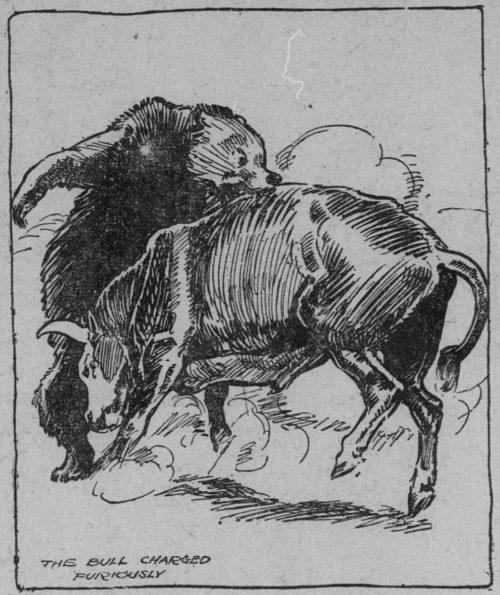 Oh my gosh, what a load of BULL I keep reading among the gurus who whine about negative headlines and complain that this unmerited negativity is the only thing that is killing the bull market. Bull.

The bellowing bulls cry every time someone runs a negative headline, “Stop, you’re breaking our bull market with your negativity. That is the only reason it is going down.” The real truth is that headlines have been enormously biased toward a BULLish narrative for the better part of a decade, and bearish headlines are only just beginning to seep in. But that is too much for the bulls: “All this negativity is killing us.”

If the market was healthy, you couldn’t kill it with a little negativity

The negativity is just reality hitting the bulls in the face, and they don’t like it.

This market is going down for the fundamental reason I have been saying all year it would go down — Recession, the “R” word. We are already fully in a manufacturing recession, just starting into a services recession, and GDP will follow that as statistics become told and then revised. (The revisions almost always runs downward because the government leans toward being optimistic in its initial expressions of the economy for its own benefit).

Remember that most of the market is still fully a bear market. It became a bear market last fall with ALL major indices plunging into bear territory, except the S&P, which missed by the barest breadth of a bear’s hair. Even the S&P dropped over 20% intraday. Most, if not all, of the broader indices remain IN A BEAR MARKET to this day. The NYSE and the Russell 2000, for example, are far from having recovered. So, the bear never fully died, and the bull only half revived. Now it is fight to the finish between the two of them, which is far from being decided.

Well, maybe not that far because the present drop in all indices is due to the fact that the market is disappointed because it got a 2 -basis-point decrease when many investors wanted and expected 50 basis points. As I’ve said in the past, the stock market has become so extremely Fed dependent that it would throw a tantrum if it didn’t get its hit of drugs. We’ve seen that every week since FedMed 2.0.

What I’ve noted along the path to this point is that trade concerns would come to dominate the conversation again and REAL poor earnings would start to weigh on the market as soon as false euphoria about the Fed rate cut faded in the market’s own gloom over how small and ephemeral that cut turned out to be.

That is where we are today, but the gurus who have continued predicting a bull market saw none of that coming because they stare at charts until their eyes go dry, and they try to avoid bearish headlines that don’t fit their book. They have stocks to sell.

This market is just entering deeply problematic period I’ve been talking about all year because, with the Fed’s rate drop now fading in the rearview mirror, there is almost no good news left in the pipeline but plenty of bad, especially during the weeks when buybacks (the only real driving force of the market) are on hold. Those buybacks, of course, have only been made possible over the past years by practically free Fed money and more recently by massive corporate tax cuts.

[Out of sensitivity I’ll say “manure” if you are faint of heart, and I give my editors full license to edit that out on their own sites; but on my own, I’m just going to call it for what it is.]

The gurus keep saying things like “but earnings are solid.” Bulls are herd animals; whereas bears are individuals. So, you keep hearing the herd say, “Earnings beat expectations!” They say that to increase their own forage with their own tail fertilizer. They are now watering the turf with their own tears.

Earnings categorically stink worse than bull manure. Expectations in the first quarter set the bar so low you could trip over it. Those expectation were lowered even further for this round of earnings so that they had to dig a trench in the manure to lay the bar subgrade, and corporations still barely managed to clear the trench!

Moreover, earnings are only supported by the huge fact that corporate taxes were slashed. Imagine how bad earnings would be under the taxes we had two years ago. That is how MUCH they have fallen. Earnings stink! Like you know what.

Why do they stink? Because corporations did exactly what I said before all of the tax breaks they would do with the tax breaks. They gave almost all the money to shareholders in the form of dividends and stock buybacks and plowed almost none of it into Capex, product development, market development, employee development, or employee wages and benefits that could support a robust marketplace.

The bullish bastards greedily milked their companies for every penny they could possibly squeeze out of their cash cows via those tax breaks because under the regime of lower capital-gains taxes (trickle-down economics) there is NO incentive for making money the hard way. Why on earth would you invest your tax savings in new factories with the mammoth risks that come with that and take on the additional risks of hiring new crews and developing new products only to pay higher taxes IF you make any profit via ordinary income from all of that (years down the road at that) when you can, instead, pay lower taxes by just buying back your own stock and pocketing the gains this year???

Its absolutely ludicrous the anyone still believes supply-side economics via cap-gains tax cuts will ever result in more factories in America, better wages for employees, more product development, etc. We have thirty-five years to prove it doesn’t. We should have known that without the proof — just by logic: why would you go through all of that I just described when you can save yourself a bundle on taxes by just speculating on stocks — yours and everyone else’s?

It’s insane that people still think special lower tax rates on capital gains will encourage true business development. Yet, that is what we just got more of last year, and this is where we are now. That continued and reinforced cap-gains tax break assures money will just keep cycling around in asset markets and that corporations will continue to direct their corporate cash to asset manipulation via stock buybacks.

So, earnings stink and have actually been falling in real terms for a long time now. Corporate boards and CEOs are milking their companies dry by taking out debt, under the current low-interest regime, to buy out their own stocks with company debt so they can leave the dry shell behind as they personally pocket all of the company’s wealth. They have moved far from GAAP accounting to hide this charade, and the Trump Tax Cuts gave them plenty of additional cover by making after-tax earnings look a lot richer.

The end of greener pastures

The whole greedy corporate monstrosity is now starting to fall apart, but the investment gurus keep worshipping the bull like an idol while whining about how people are sounding a little afraid and are upsetting their perfect balance. Believe me, they are not sounding nearly afraid enough! This debt charade is now starting to die.

The Fed will be forced to prop it up with additional life support because that is all the FedMed-addicted corporate world has to live on. It stomped its greener pastures out long ago by overgrazing, which sucked the nourishment out of its marketplace. The strength of the formerly robust US middle-class economy that the rich once grazed upon has been decimated by 35 years of trickle-down greed.

Well, guess what, when the irrigation barely trickles, the pastures dry up; so, the consumer market is less of a driver than it used to be. You have to constantly put something back into the pastures to keep them healthy. You have to water them, sometimes till them, etc.

Even those fields we have left have only been kept alive of late by the artificial life support of Fed-lowered interest rates that have enabled people to push personal debt back up to the sky again in order to merely maintain their greenish lifestyle.

Drought is coming. Corporate greed has guaranteed it. Consider it corporate climate change. We went from a corporate capitalist system that chased profits to one that merely chases its own tales.