Climate scientists maxing out on panic.

Updated yesterday at 11:02am

END_OF_DOCUMENT_TOKEN_TO_BE_REPLACED

JPMorgan Chase and other bullion banks spent most of a decade screwing clients and investors who were naive enough to expect a fair shake in the precious metals futures markets. It was a solid racket.

Yet claims of price rigging were simply dismissed by financial journalists and regulators as conspiracy theory. The banks’ defenders were bolstered by a 5-year-long investigation by the compromised Commodity Futures Trading Commission (CFTC) which ended without a single banker being prosecuted.

Many goldbugs wondered if the racket would continue forever. Fortunately, much has changed over the past three years. Department of Justice prosecutors were able to secure a guilty plea from Deutsche Bank in late 2016.

END_OF_DOCUMENT_TOKEN_TO_BE_REPLACED

We are told the Arctic is warming twice as fast as anywhere else in the world, yet as the internet reverberates with shrill, almost-the-lowest-ice-extent-ever stories, polar bears, Pacific walrus, and the most common ice seal species (ringed and bearded seals, as well as harp seals), are all thriving.  Two new videos published by the GWPF on polar bears and walrus confront this conundrum and the conclusion is clear: if there is no climate emergency for polar bears, there is no climate emergency anywhere.

END_OF_DOCUMENT_TOKEN_TO_BE_REPLACED

Florida has led the nation in the addition of natural gas-fired electricity generation capacity over the past decade, by a very wide margin.

Florida added nearly 16 gigawatts (GW) of utility-scale natural gas-fired electric generation between 2008 and 2018, about one-quarter (24%) of all U.S. natural gas installations during this time and the most of any state. During the same period, electric utility net generation in Florida grew about 15%, increasing natural gas’s share of the in-state generation fuel mix from nearly half (47%) to three-fourths (72%) of the total. EIA expects natural gas-fired generation capacity to continue to grow, displacing more emissions-intensive and less cost-competitive generation fuel sources such as coal and petroleum liquids.

END_OF_DOCUMENT_TOKEN_TO_BE_REPLACED

The full-court press is on for climate chaos disaster and renewable energy salvation. CNN recently hosted a seven-hour climate event for Democrat presidential aspirants. Every day brings more gloom-and-doom stories about absurd, often taxpayer-funded pseudo-scientific reports on yet another natural event or supposed calamity that alarmists insist is due to fossil fuels that provide 80% of US and global energy.

END_OF_DOCUMENT_TOKEN_TO_BE_REPLACED 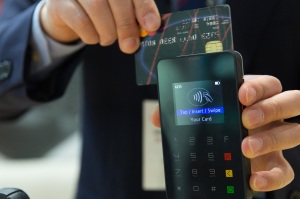 Image by Ahmad Ardity from Pixabay

Many small business owners don’t seem to understand that their business and personal credit score affect their company. And the credit industry has become a 100-year-old business brimming with hidden factors and influences. Business credit scores are still separate from a personal credit score. However, all three major credit bureaus manage every single personal credit. They include Experian, Equifax, and TransUnion.

There is significant consumer protection in place for securing access to your information without your permission. Moreover, specific laws require credit bureaus to ensure the information is reported accurately. But none of it applies in the business credit world. Not to mention that all business credit is managed by three major credit bureaus – Equifax, Experian, and Dun & Bradstreet.

END_OF_DOCUMENT_TOKEN_TO_BE_REPLACED

Democratic presidential candidate Beto O’Rourke‘s recent vow to take away people’s AR-15 and AK-47 rifles raised one big question: How is it possible to round up the millions of such guns that exist in the United States?

The number of AR-15 and AK-47s in the U.S. is estimated at a staggering 16 million, creating logistical challenges to take them out of circulation. Many gun owners are also unwilling to turn over the weapons, and if the government offered to buy them all back at face value, the price tag could easily run into the billions of dollars.