WHY DOES THE MUSIC STOP?

Consider charts of the Transports and the S&P 500 Index. 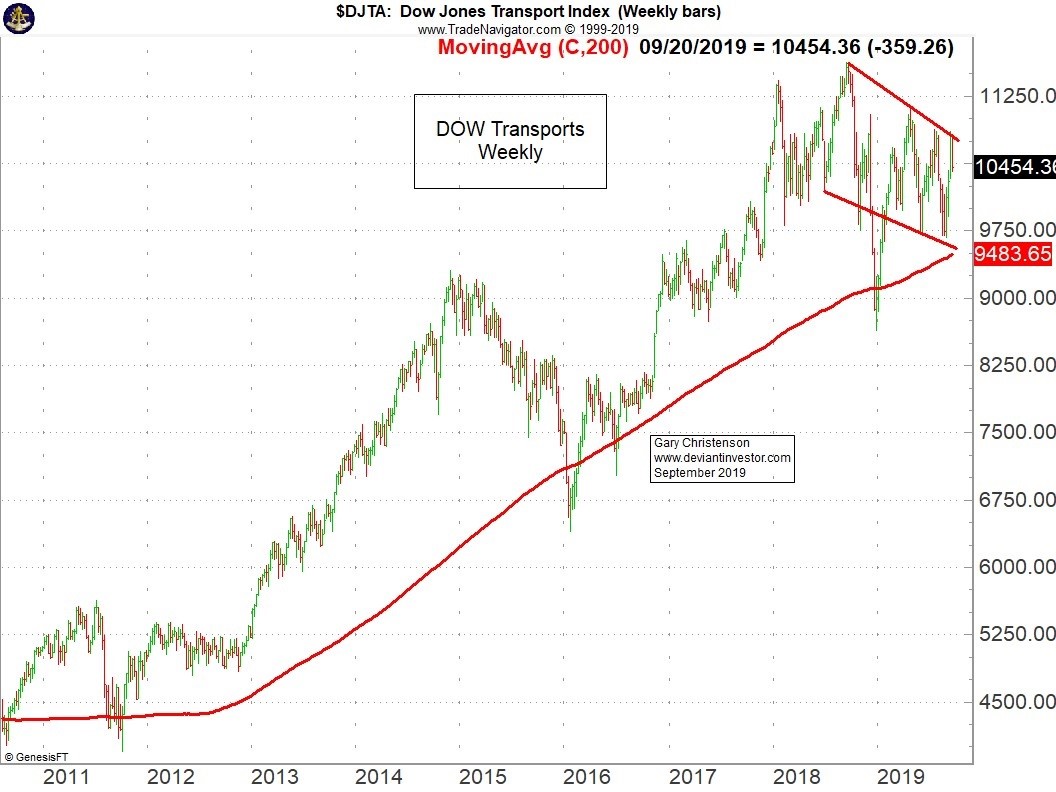 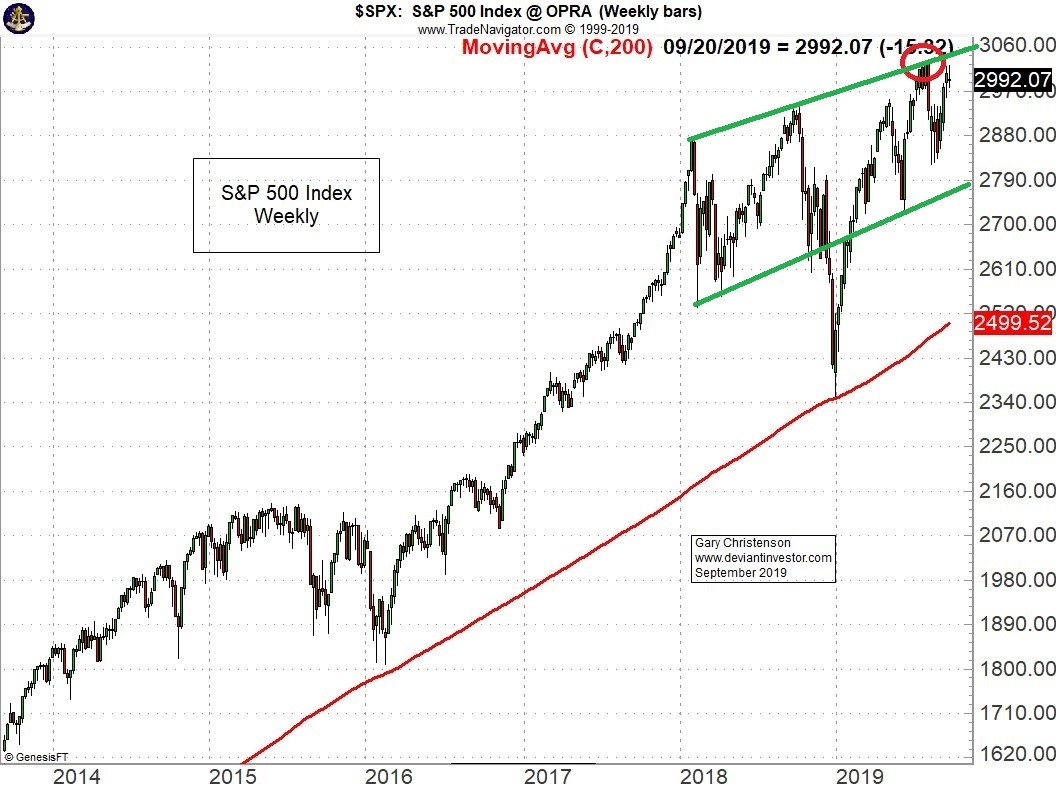 “We’re going to continue to act as appropriate to sustain this expansion.”

He will do whatever is necessary to boost stock prices, keep Wall Street happy, Inflate or Die, and support the current administration.

Next year (2020) could see higher highs in some indexes as a prelude to the November 2020 election. The Elliott Wave people think so. It appears less likely to me.

From Bill Bonner: “How Democracy Doomed the Money System.”

“But most of America’s $72 trillion in debt cannot be repaid. It was used to buy consumer items – tuna sandwiches, vacations, automobiles, pills – and to pay for the feds’ many boondoggles – drones, surveillance, and giveaways.” [Also mortgages on inflated prices for housing, stock buybacks, and student loans…]

“And since it was a consumer-based expansion rather than a capital investment boom, there will be no stream of income flowing from it to pay off the debt.”

“Instead, it’s either Inflate or Die. Either inflation and debt increase… or the boom collapses.” 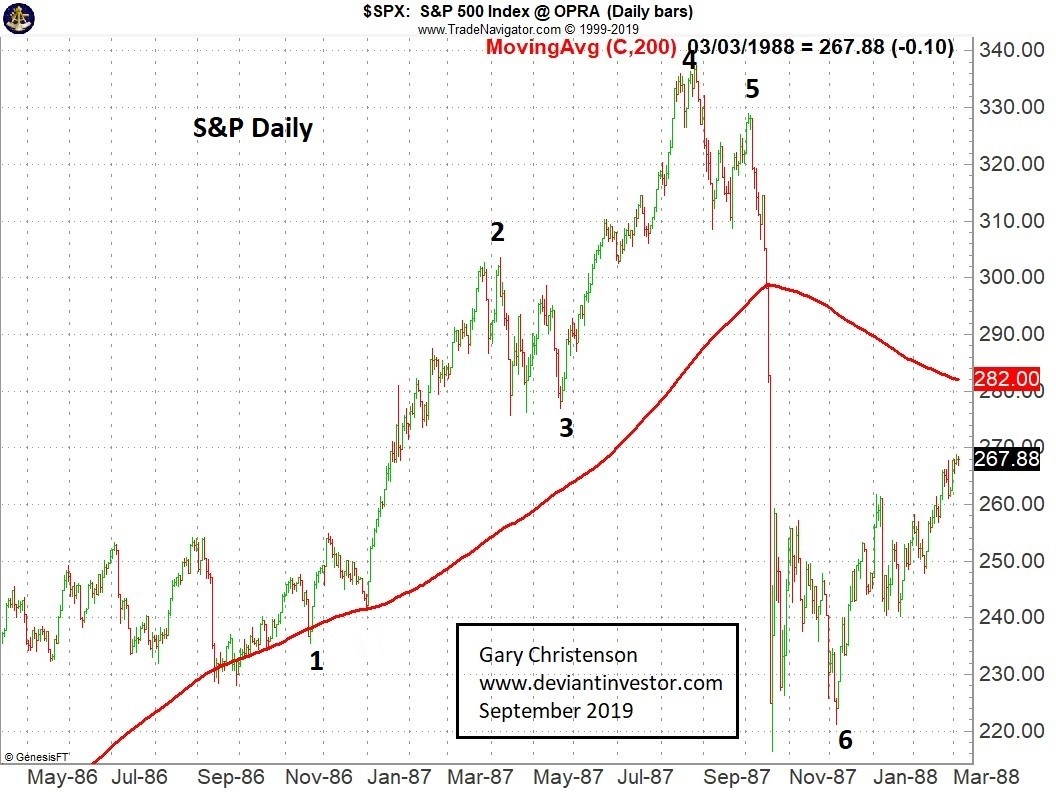 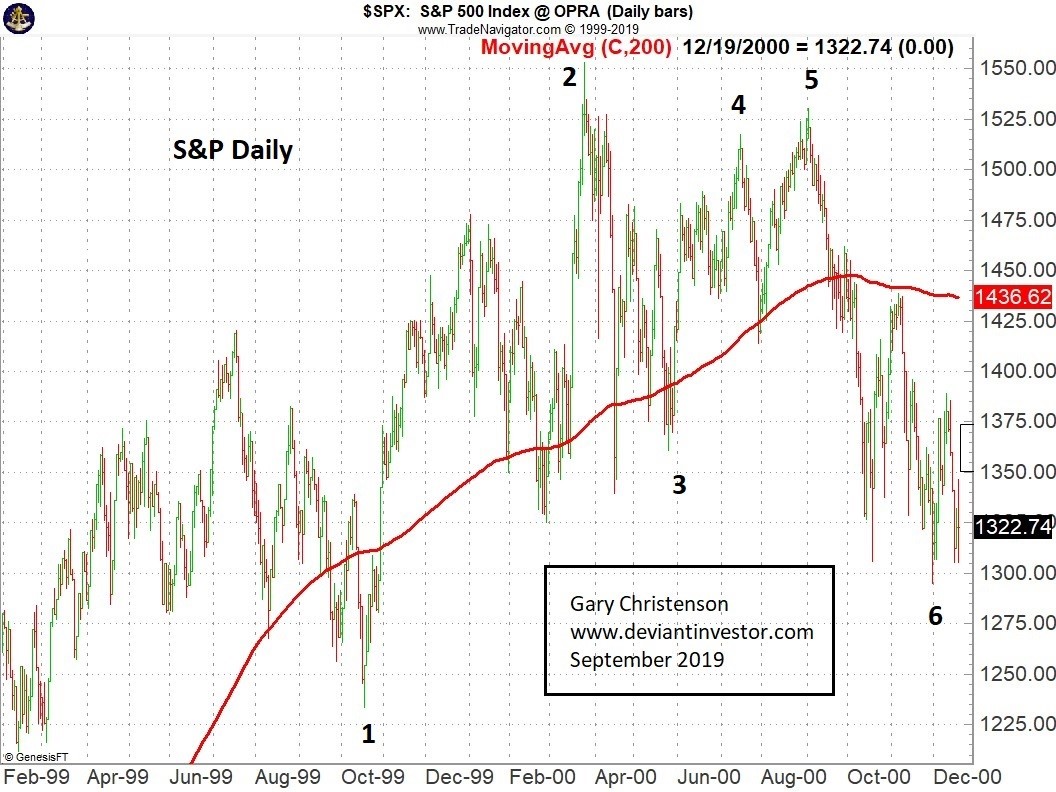 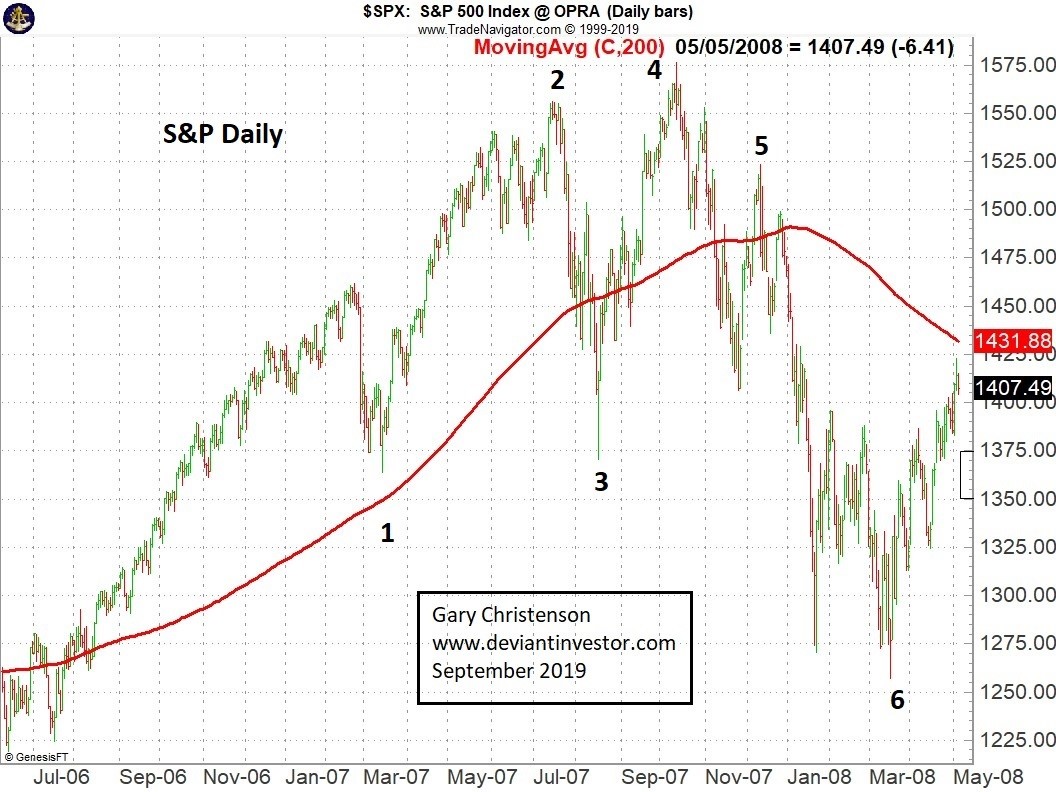 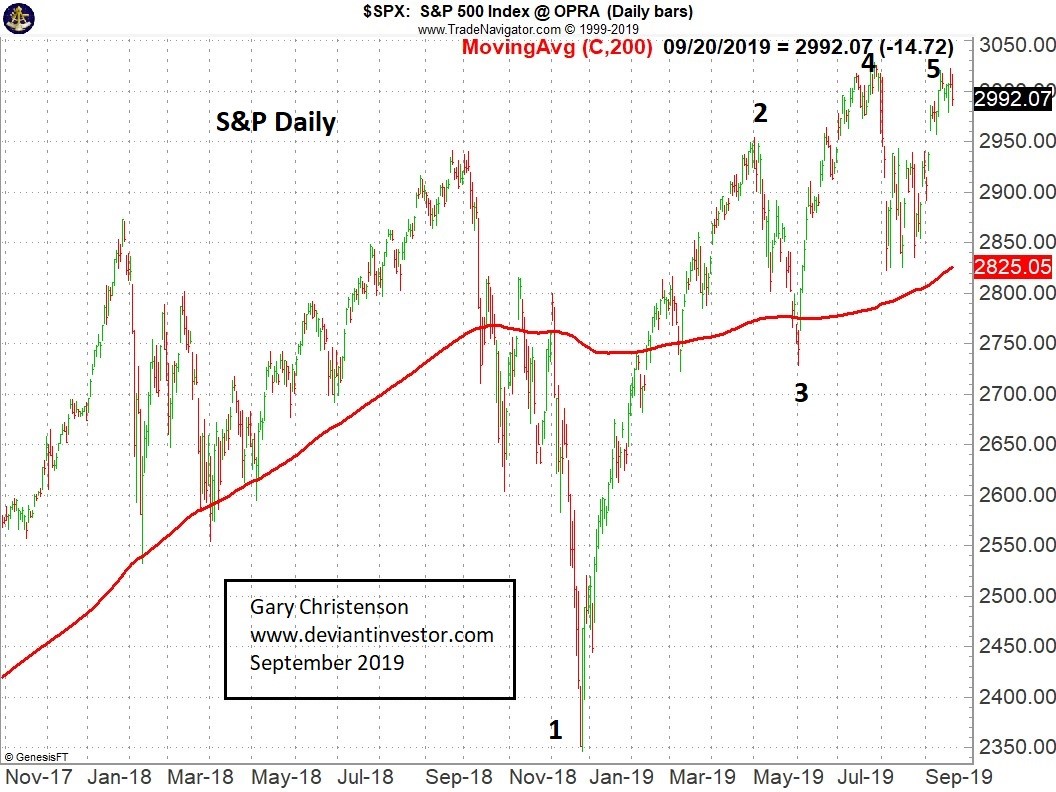 If 2019 follows the pattern (it might not), then the S&P could fall into point 6 around late November to the end of December. Or, this time might be different…

WHY THIS TIME WILL BE DIFFERENT: (Sarcasm alert!)

If you are more comfortable with “red pill” realities, consider protecting your savings and retirement with silver and gold, rather than bubblicious bonds, over-valued stocks and nonsensical political promises.

One thought on “The Days the Music Died”