As investors reset their clocks to accord with the end of Daylight Savings Time, they may also need to reset their expectations for future returns.

A strong body of research suggests that artificially changing the time twice a year – forward, then backward an hour – does more harm than good.  It leads to sleep disruptions, heightened stress, missed appointments, wasted time (ironically), and a diminishment of productivity around these biannual time changes. 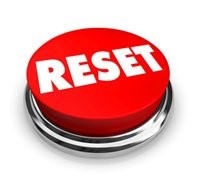 As reported in HeadlineHealth, “Circadian biologists believe ill health effects from daylight saving time result from a mismatch among the sun ‘clock,’ our social clock – work and school schedules – and the body’s internal 24-hour body clock.”

That mismatch can have dire consequences: “At least one study found an increase in people seeking help for depression after turning the clocks back to standard time in November.”

And “research shows the springtime start of Daylight Savings Time may be more harmful, linking it with more car accidents, heart attacks in vulnerable people and other health problems that may persist throughout the time change.”

Of course, no time is ever actually gained or loss – only redistributed from one part of the calendar to another.  But meaningless manipulation is supposed to be beneficial, somehow, as compared to following a consistent 24-hour time cycle throughout the year.

Similarly, no national wealth is gained overall through the artificial interjection of monetary inflation by the Federal Reserve.  But the central bank’s interventions do have the effect of transferring wealth – often from wage earners and savers to speculators and leveraged financial institutions.

The Fed’s recent stimulus campaigns and pronouncements on inflation may be setting up investors who buy into conventional asset markets for failure.  Last week, Fed chair Jerome Powell reiterated his goal of achieving a 2% inflation objective. 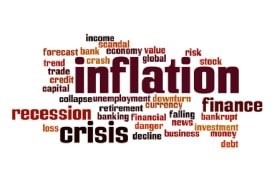 Put another way, the Fed aims to destroy 100% of the real value of any bond or bank certificate of deposit that yields 2%.  Since most savings and money market accounts yield less than that, the Fed aims to ensure they deliver negative real returns.

As we’ve seen in other parts of the world, it is possible for cash to carry a negative nominal yield as well.  But it is generally easier to get depositors and bondholders to accept negative real returns disguised with positive nominal yields.

A positive inflation rate also makes it easier for Wall Street to boost the stock market in nominal terms.  That, in turn, gets investors excited and drives further gains.

It’s a virtuous circle… until it turns vicious.  Just as booms can be artificially amplified and extended by monetary inflation, the resulting busts can be extreme as well (especially in real terms).

According to asset manager Michael Pento, “When this thing implodes, we are all screwed. On a global scale, we have never before created such a magnificent bubble”

He added, “The plunge in the stock market would be huge and from a much higher level… That’s why the Fed’s panicking.”

We wouldn’t rule out central bankers being able to prolong and extend the bubble for a while longer before it implodes.  But in the process, there could be an inflation-fueled explosion to the upside in hard asset markets including gold and silver.