Therefore, what we have is a condition where those who own the greatest share of assets, such as stocks, bonds and real estate, are becoming more wealthy. Meanwhile, those that have to spend a greater percentage of their income on the basics of raising a family are falling further behind. The saddest part of this charade is that the Fed isn’t at all happy or content with the current pace of middle-class erosion. Instead, it actually wants to aggressively speed it up.

According to the Congressional Budget Office and Fortune.com, the incomes of the top 1% have increased by 242% since 1980, while the middle three quintiles have seen just 50% income growth in just under forty years. President Trump is correct; this is indeed the best economy ever–but unfortunately, only for the ultra-rich. Nearly 80% of Americans now live paycheck to paycheck. According to a survey done each year since 2014 by GOBankingRates, in 2019, 69% of respondents said they have less than $1,000 in a savings account, which compares with 58% in 2018.

According to economics professor Gabriel Zucman in a paper he submitted to the NBER, the wealthiest 0.1% of Americans now hold the largest share of total household net worth than at any time since 1929. This just happens to coincide with the period just before the historic Wall Street stock market crash and the start of the Great Depression.

A study done in 2015 showed that America’s top 10% of wealth holders averaged more than nine times as much income as the bottom 90%. And Americans in the top 1% averaged over 40 times more income than the bottom 90%.

The richest 1% of the world’s population now holds over 50% of its wealth. 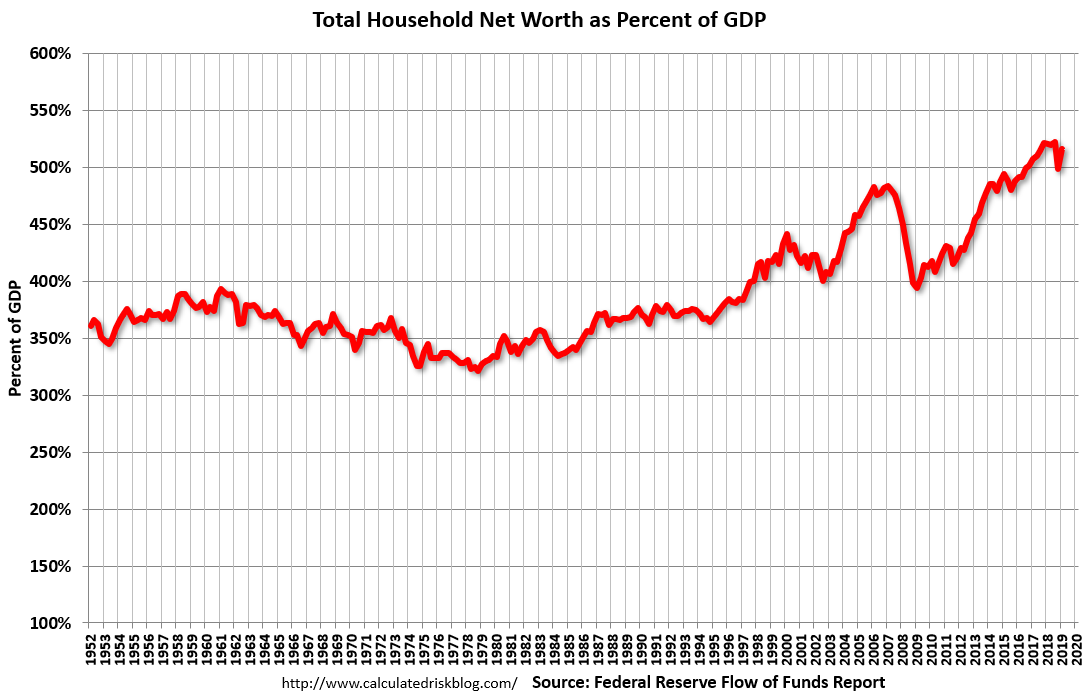 Perhaps it is not a coincidence either that the United States has lost 20% of its factory jobs since 2000. The chart below illustrates clearly how the Fed is pushing up asset prices far ahead of GDP…leaving the middles class in its wake.

Central banks are creating new money at an unprecedented pace and throwing it at the wealthiest part of the population—pushing asset bubbles ever higher and further away from economic reality. The Fed is turning a blind eye towards a middle class that is heading towards extinction.

Make no mistake about it…the level of fiscal and monetary insanity has jumped off the charts, along with the value of assets in relation to GDP. Global governments are now borrowing money at a record pace, which is adding more debt to the already insolvent and intractable existing pile. And, in order to keep all the bubbles afloat, central bankers have become trapped in a permanent condition of ZIRP and QE. What could possibly go wrong? Unfortunately, it will be nothing short of mass economic chaos when the bond market finally implodes. But this doesn’t have to be bad news for all investors. Having a process that navigates the crashes and booms will make all the difference in the world.