By Bradley Cortright – Re-Blogged From IJR

Residents in Oregon who are fed up with liberal policies in their state have introduced a petition to become part of neighboring, more conservative Idaho.

The group called Greater Idaho that started the petition is trying to secure enough signatures to get the petition on the ballot in November. The petition would also extend Idaho’s border into parts of northern California — swallowing several counties of those two states.

A review of the proposal found that if adopted, only 14 of Oregon’s 36 counties would be considered Oregon. The petition’s proposed map for Idaho’s new borders shows the state’s new boundary expanding to the coast. 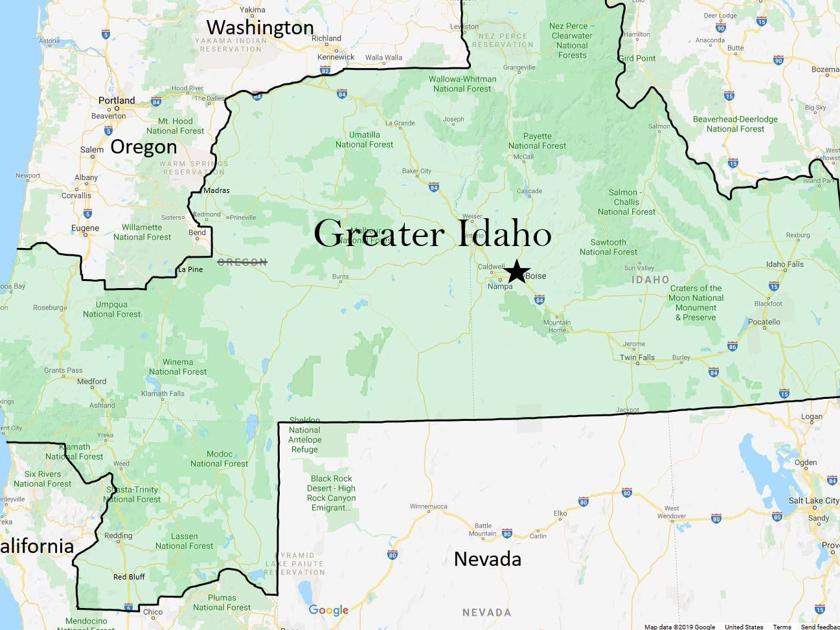 The counties that would join Idaho mostly voted for President Donald Trump in 2016 and are ideologically opposed by laws passed by Oregon’s legislature. Democrats currently control the legislature and the governor’s office.

In a statement on Facebook, Mike McCarter, one of the leaders of the movement, said residents of rural Oregon have “become increasingly outraged” by laws passed by the state legislature. And while they have tried vote conservative politicians into office, “Rural Oregon is outnumbered.”

“Rural counties have become increasingly outraged by laws coming out of the Oregon Legislature that threaten our livelihoods, our industries, our wallet, our gun rghts, and our values. We tried voting those legislators out but rural Oregon is outnumbered and our voices are now ignored. This is our last resort.”

Valerie Gottschalk, another one of the leaders of the movement, said that residents of rural Oregon would “prefer Idaho’s conservative governance to the progressive/liberal current Oregon governance.”

The Greater Idado group proposes that liberal residents of the state should favor the proposal because “the departure of counties that don’t pay their share of income and sales taxes because of lower incomes,” would, in theory, benefit Oregon’s finances.”

Additionally, the group notes that one of the main concerns — increasing representation in the Senate for smaller conservative states — is not an issue under this proposal because the residents would be joining Idaho, not creating a new state.

If the petition makes it onto the ballot in November and gets approved by voters in the state, it would have to be approved by both states’ legislatures and Congress.

Similarly, some New York state legislators have proposed breaking up their state into at least two different entities to better represent their residents’ ideologies.