When I was in university in Saint Louis, I was once ordered by one of the Jesuit priests to submit a “review” of a book entitled “A Tale of Two Cities” by an author that I later grew to greatly admire, Charles Dickens of “A Christmas Carol” fame. 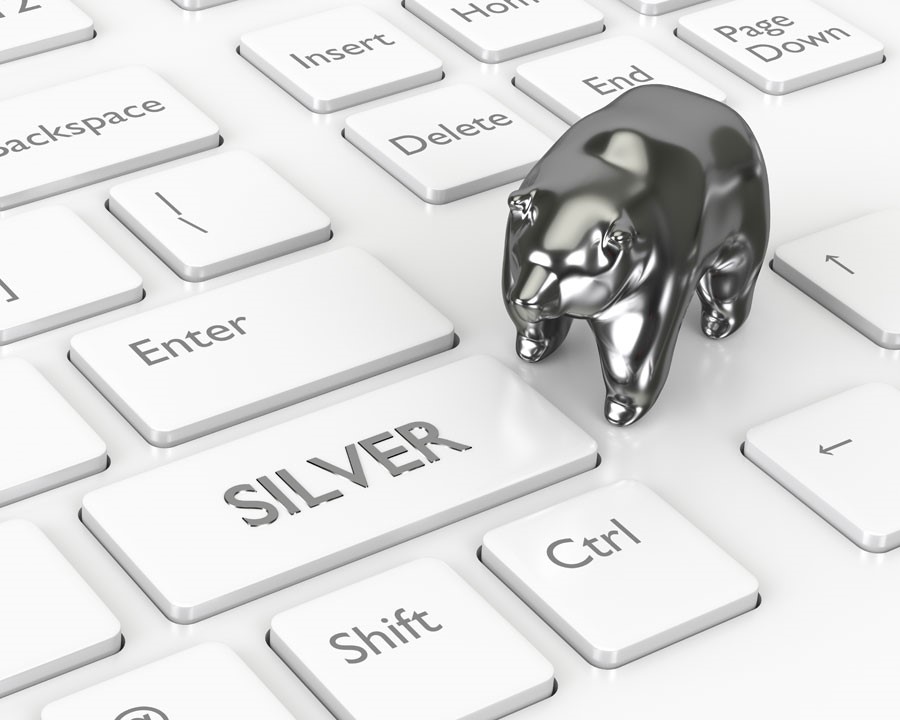 However, at the time, I had no interest whatsoever in picking up that book and opening its dust-ridden pages—unless, of course, it was shortly after midnight and lacking the sleep-inducing influence of draft beer and pizza, I needed a sedative. As vigorously as I might protest, the cassock-clad professor took me aside and explained in minute detail that this was anything but a “polite request.” Quite the opposite, this was a directive, an edict, an order, and failure to comply would result in a failing grade, a suspension from the varsity hockey team, and total personal humiliation, ignominy and disgrace.

Begrudgingly, I returned to my dormitory, cracked open a Bud, and with a sigh of resignation and gritty resolve, I tore into “A Tale of Two Cities,” an extraordinary novel written in 1859 but one whose opening paragraph (shown at the beginning) could have originated today in the mind of the author, given the surrealism of the events of the last three months. What I had rued as a totally unnecessary and agonizingly dull task turned into a delight, and the book remains one of my favorites of all time.

Watching this gaggle of TV-star politicians around the world scramble to try to halt the inevitable arrival of this economic winter is like watching the mighty Mississippi in the springtime overflow its banks, tossing aside sandbagged defenses as though they were Styrofoam coffee cups. As I opined last weekend, this Kilimanjaro of debt, amassed around the world in staggering size and reach over the past five decades, has now overrun its banks and threatens to flood the economic heartland with defaults, bankruptcies and massive unemployment. Painfully and predictably, the banco-politico elite have turned to their problem-solving toolkit and engaged the only implement they know—the printing press.

Even more excruciating than listening to these opportunistic counterfeiters is seeing the queue of corporate crybabies, complete with extended hands and pointed fingers, blaming the government-imposed shutdown on the demise of their company stock prices and accompanying destruction of their option-package enrichments. The cruise lines that operate out of tax-friendly Panama bellying up to the bar of taxpayer libation for relief packages is not only an outrage, it is an embarrassment. If the average breadwinner can squirrel away a few acorns for a rainy day or for a winter of frozen ground and lean pickings, why is the corporate world entitled to relief in the trillions and the average worker a month’s rent?

This is not just a Tale of Two Markets (and I’ll get to that in a moment), it is a Tale of Two Societies, the first being “entitled” and the second, “not so much.” After all, did we not just go through a self-inflicted immolation of the banking cartel and subsequent public bailout of same a mere twelve years ago? Did the corporate world not learn any degree of prudence during or since that time? Could that last $1.5 billion stock buyback (into which they exercised options and sold their stock resulting in massive self-enrichment) not have been delayed or avoided, and instead gone into a rainy-day war chest of sorts?

The actions of the US Treasury, Federal Reserve and Congress (and their Canadian and European counterparts) have unleashed the hounds of fiscal and monetary hell upon the world, with the term “moral hazard” standing out like a lighthouse beam at midnight. Sir Winston was so very much on-the-mark with his now-famous quote, “Never let a good crisis go to waste,” to the extent that there now exists an inverse correlation between decibel level of political and corporate wailing and the level of the Dow Jones Industrial Index. And if it weren’t so pathetic, it would be laughable.

Most markets found their footings last week, with gold, silver and the S&P all staging sharp reversals—but then again, it was an easy call with the Fear-Greed Index at “1.” Performance year to date has once again placed gold in the “outperformer” category (an event that must be driving White House economic advisor Larry Kudlow absolutely off his rocker). Gold has done exactly what it was supposed to do in times of turmoil, and while silver has not, it is still performing better than the S&P year to date.

Further, the March 17 COT report has finally tilted in favor of a silver rally, and it couldn’t happen at a more opportune time.

Of even greater significance is the performance of gold in non-US-dollar currencies and no better one to show than the Canadian dollar gold price which, for Canuck investors, has been a veritable nugget of safe-haven alpha for the prescient portfolio manager.

If you are an American investor looking for a currency play, the gold miners whose production is primarily in Canada or Australia (or both) are enjoying the dual benefits of weak domestic currency and weak energy. This allows a huge boost in revenue while expenses drop, and what falls out of the bottom is increased profits, the mother’s milk of all bull markets. 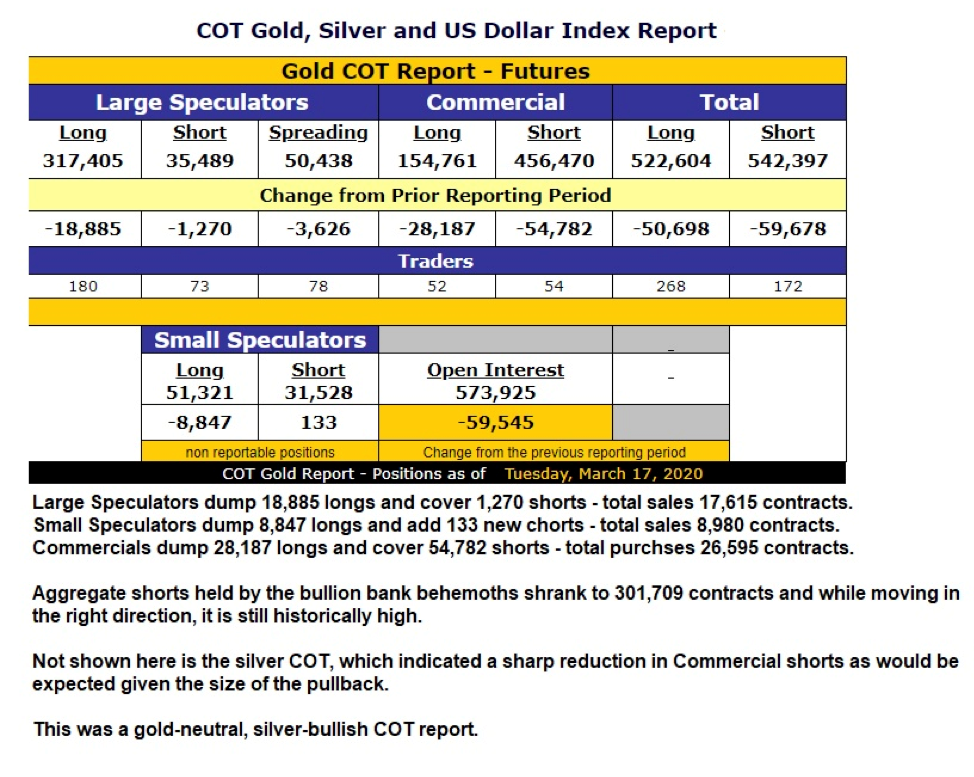 It was two weeks ago that I published the two charts of GDX and GDXJ with the caption “Generational Buying Opportunity.” The lows of that following Monday were textbook bottoms, with those purchases now serving to significantly repair the damage done by the silver takedown, an event I most surely did not expect.

I elected to go “all-in” with the Senior Gold Miner exchange-traded fund (ETF) (GDX:US), not because of any self-congratulatory “analysis” but because I totally missed the March 16 lows in the junior ETF (GDXJ:US), under US$20, because a) I was overly pessimistic about the opening price (I bid $16—idiot), and b) I was terrified. Actually, I have learned over the decades that fighting the terror of a knife-catching bottom is, if successful, a 100% winning trade and no better example was the GDXJ that day.

The only problem I have right now with the gold and silver miners is this: Will they, as “stocks” be able to decouple from the algobot-driven attack dogs that are controlling the broad stock market. With gold back in the US$1,600s and with oil around US$21, you could not get a more bullish fundamental backdrop for the gold producers. But as we know, when you are up against a swarm of bid-destroying algos, fundamentals don’t count, and therein lies the conundrum.

The stock market has bounced, but as I have preached for years, there is always a retest. If one looks back to 2009–2011, the bailouts occurred three months before the actual bottom, so I post the above chart not to frighten anyone but more as a reminder that the impact of this lockdown upon the global economy might be mild. But it might also be severe, and anyone who makes a prediction on his or her blog is only making a guess, because nobody has a clue, least of all me, as to the outcome.

From the chart shown above, I think that as far as the precious metals and their publicly traded brethren are concerned, we are somewhere between “fear” and “capitulation.” However, will a deflationary wave swamp the golden vessel, or will the hyperinflationary policy moves be a surfer’s dream? Only time will tell.

As for silver, the biggest question that I get from subscribers and followers constantly is why the GSR (gold-to-silver ratio) exploded to 130 when all the rocket scientist “analysts” have pounded the table in abject certainty that silver is in “shortage.” How can something in shortage be allowed to trade at US$14.50 in one market and $24.50 in another? How can retail websites be quoting one-ounce silver buffaloes at US$24.23? That is where the title of today’s missive comes in; this is “a tale of two markets.”

Years ago, I was at the Tinka Resources Ltd. (TK:TSX.V; TLD:FSE; TKRFF:OTCPK) booth and ran into a Glencore International Plc (GLEN:LSE) executive, and started to pitch him on TK’s Colquipucro silver deposit in Peru. The gentlemen listened to me patiently while I gave my version of “power close 101,” and why this 30-million-ounce open pit could be Glencore’s for the bargain basement price of CA$0.50 per share. After I finished yapping, he looked me and said, “All due respect, we really don’t have interest in your deposit. You see, we have slag heaps sitting idle from our copper-zinc operations that have five times that amount of silver.” The extent to which I was dumbfounded was exceeded only by the extent to which I was embarrassed and as I skulked away in near-mortal sheepishness, I thought to myself that I would never forget that conversation when thinking and talking about silver—which brings me to the point.

One look at the charts of copper and zinc and you can’t help but see a global economy under stress. You just know that with the prices of copper and zinc so depressed (and that was before COVID-19 showed up), the CEOs of these base metal giants must be under huge pressure to augment and enhance their forward guidance any way possible. Why then would a Glencore or a BHP Billiton Ltd. not mobilize those mountains of idle, slag-heap silver in order to bolster cash flow? There comes a point in any mining operation where the credit from byproduct ore becomes meaningful, and that is either from a spike in the value of the byproduct or a crash in the primary metal price.

I offer this as an opinion only. If JPMorgan are to be vilified as the manipulators of the silver price, the question remains whether they are acting on behalf of their prop desk (trading for the “house” account) or whether they are acting on behalf of one (or more) of these big base metal miners, whose eye sockets and nasal passages are bleeding from a dire cash flow deficiency.

Lastly, from the Dickens book, here is a passage most relevant to the demise of the average working man or woman:

“Repression is the only lasting philosophy. The dark deference of fear and slavery, my friend,” observed the Marquis, “will keep the dogs obedient to the whip, as long as this roof,” (looking up to it), “shuts out the sky.”

I would ask that you carefully consider those bolded words when you read or listen to the promises of these corporately compromised politicians who are throwing trillions of dollars of taxpayer confetti around like rice at an Italian wedding. They have seized upon this crisis in a manner no different than did Hank Paulson over a decade ago, under the guise of possible collapse of the financial system.

What we now know is that the only “collapse” that would have occurred was in the shareholders’ equity of the offending banks. Just as new growth springs back in burned-out forests, new equity would have rushed in to create new banks with little or no disruption to employment or “the system.”

Stated another way, there is nothing wrong with using the paper markets to try to increase the number of fiat dollars or euros or yen you own, because bills are paid in fiat and rarely in metal. However, if it is your intent to augment and protect your wealth—the fruits of years of labor and saving and prudence—then the only market you want to be in is the one that delivers physical gold and silver, because anything else is just an imposter.

There has never been a time in history when that shunning the imposters carried more urgency.

One thought on “A Tale Of Two Markets”