THE health establishment was looking away when the coronavirus struck; it had other priorities. If you look at the World Health Organisation’s list of health threats, number one is climate change. Pandemics were down in third place, behind ‘non-communicable diseases’ such as diabetes and obesity.

Wherever you look, you will find some of the biggest names in the public health establishment declaiming on the risks of climate change to world health. On the eve of the outbreak, the Royal Society of Tropical Medicine and Hygiene declared that we would be seeing ‘mass migration, emerging infectious diseases such as dengue and a shortage of food’. As the first people fell ill in Wuhan, the WHO announced that in ten years we would be seeing 250,000 additional deaths per year from malnutrition, malaria, diarrhoea and heat stress as a result of global warming. Epidemiologist Professor Andy Haines told readers of the Telegraph that ‘climate change is a threat to global and national security that is costing lives and livelihoods right now’. 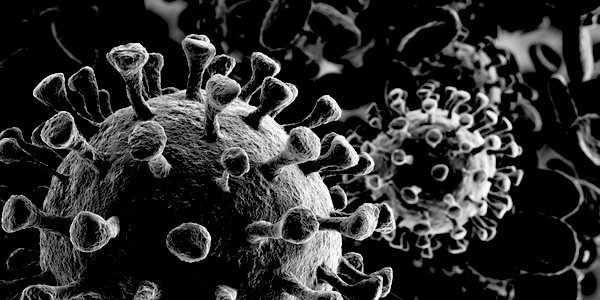 Haines has made a career out of promoting the idea that global warming is going to bring about a public health disaster. As part of this effort, he was instrumental in setting up the Lancet Countdown, a coalition of 35 universities and UN agencies that produces a report to keep these ideas in the public eye.  In 2018 it said unequivocally that climate change ‘the biggest global health threat of the 21st century’. In current circumstances, this claim looks rather foolish, but a new forensic review of the Countdown suggests that it is actually worse than that. You cannot come away from reading Indur Goklany’s The Lancet Countdown on Climate Change: The need for context, published by the Global Warming Policy Foundation, without concluding that the Countdown’s authors didn’t set out to tell the whole story.

For example, Goklany observes that the Countdown’s Executive Summary makes a lot of vague insinuations that climate is causing serious public health problems. It says there are ‘downward trends in global yield potential for all major crops’ and that ‘trends in climate suitability for disease transmission are particularly concerning’. Apparently ‘the number of days suitable for Vibrio (a pathogen responsible for part of the burden of diarrhoeal disease) has doubled’ and ‘families and livelihoods are put at risk from increases in the frequency and severity of extreme weather conditions’. If that weren’t bad enough, ‘77 per cent of countries experienced an increase in daily population exposure to wildfires’.

But when you look at the dataset used by the Countdown, you uncover a very different story, and one that is unequivocal: climate-related mortality has collapsed, and is now less than half the level it was in 1990, when the dataset starts. This is nothing less than a public-health triumph.

The improvement is seen pretty much across the board, but diseases of the gut (‘enteric infections’ in the jargon) are a good example. The data shows that mortality from these conditions has more than halved over the last 30 years. But the only mention in the Countdown’s executive summary is that dark warning about the ‘number of days suitable for Vibrio’ noted above.

And what do they mean by ‘number of days suitable for’ anyway? This is a trick that is employed repeatedly in the report, namely the use of ‘proxy’ measures, when perfectly good real measures are available. So when considering hunger, the Countdown ignores crop yields, preferring to talk about falls in ‘global yield potential’. In other words, we are being told a tale about what a mathematical model tells us about food availability. But why would anyone use a mathematical model when there is hard real-world data available? Suffice it to say that food is plentiful, yields continue to rise, and hunger is almost a thing of the past outside war zones and egalitarian paradises such as North Korea and Venezuela.

We are not just winning the battle against enteric diseases and hunger. Another good example is tropical diseases, where mortality has fallen dramatically too. So once again, the Countdown resorts to a proxy measure, ‘suitability for disease transmission’, as well as adopting a Nelsonian focus on dengue, a relatively rare disease which has worsened. The executive summary fails to mention malaria at all, despite the fact that it is a much bigger killer than dengue, and despite the fact this is another healthcare war we are winning, with mortality down between 30 per cent and 67 per cent in various regions of sub-Saharan Africa.

It’s a sorry tale, and an indication of how far the vast sums of money that are available for climate change research are distorting public health research priorities, just as they are in so many fields. As we look at the destruction wrought by the pandemic, it’s hard not to wonder if people in the field should have spent less time poring over dubious unvalidated mathematical models about the spread of malaria and more about whether we had the wherewithal to respond to a major pandemic.

2 thoughts on “Climate Change and a Pandemic of Lies”