If Americans thought the U.S. Government would be in serious trouble as its ability to service its ballooning debt would become unmanageable, guess again.  After the U.S. Government added nearly $3 trillion more debt in just the past eight months (fiscal year), the interest paid on the public debt actually declined versus last year.

According to TreasuryDirect.gov, the U.S. public debt increased from $22.8 trillion to $25.7 trillion during fiscal 2020 (October to May).  Thus, total U.S. federal debt has increased by nearly $3 trillion in eight months compared to $1.2 trillion last year… for the entire year!!  So, with $3 trillion more debt on the U.S. Government’s balance sheet, you would think the interest expense would have also increased.

NOPE… the U.S. Government paid $337 billion of interest expense so far this year (Oct-May) compared to $354 billion during the same period last year: 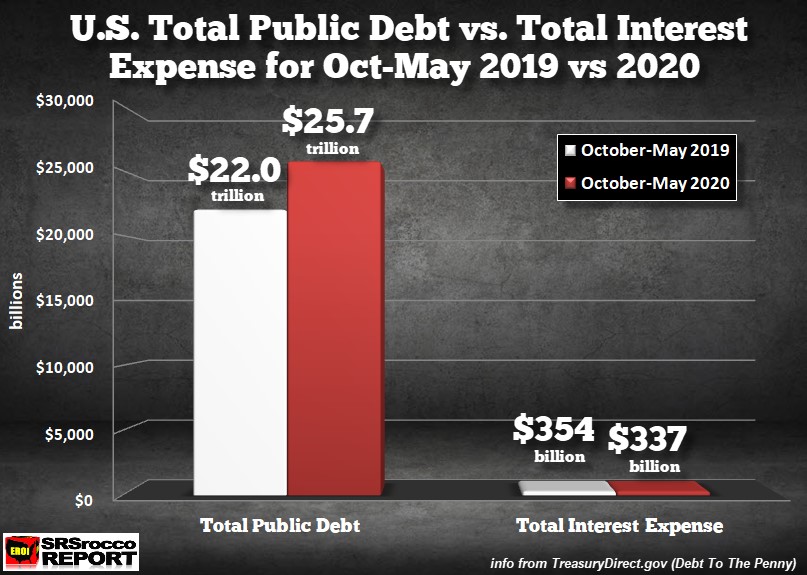 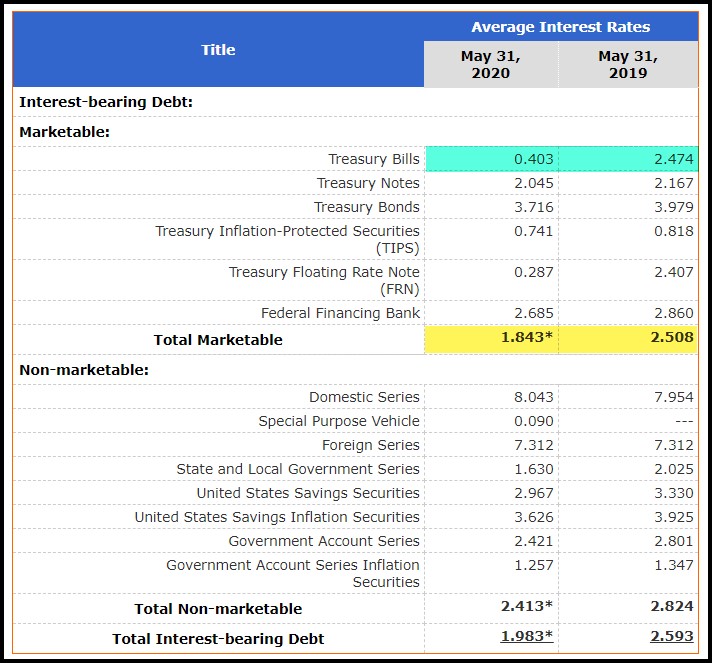 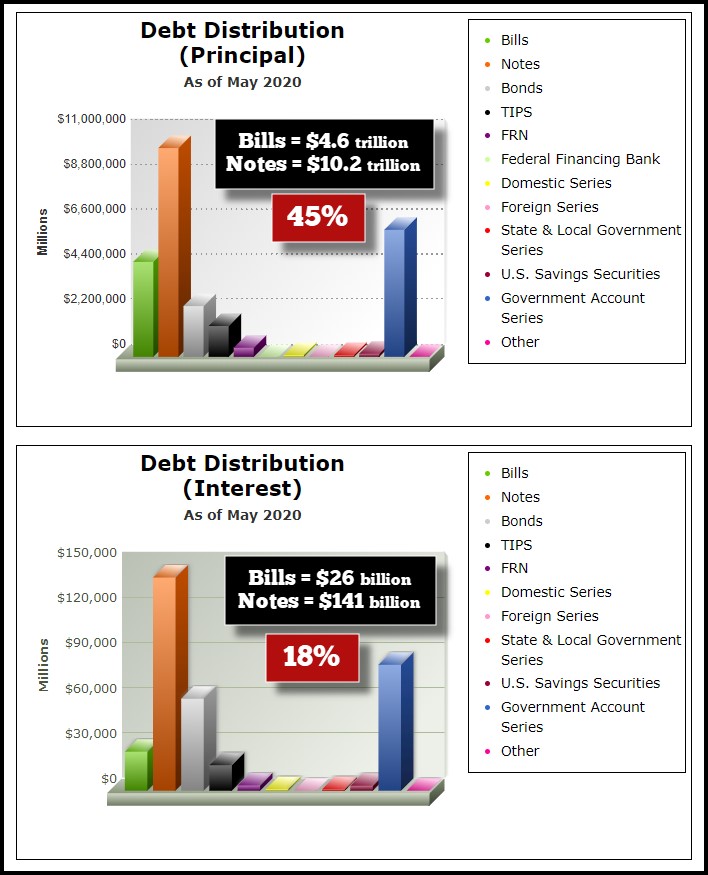 Most Americans have no clue that the U.S. Economy and Financial System are one giant PONZI SCHEME.  And, as this Ponzi Scheme grows exponentially larger, the reason to own PHYSICAL PRECIOUS METALS becomes even more important.  In the past, if an investor were smart, they would allocate about 5% of their assets to physical gold and silver.  Now, it seems prudent that is should be at least 25%.

I will be writing more articles and publishing new videos on the GREAT CHANGE that’s coming.  The world will be transitioning from BUILDING WEALTH to PROTECTING WEALTH.  Those who first make the transition in protecting their wealth will be much better off than those 95% who try later… losing a great deal of retirement and asset values.