NOAA has released a new interactive tool to explore the solar cycle. It lets you scroll back through time, comparing sunspot counts now to peaks and valleys of the past. One thing is clear. Solar Minimum is here, and it’s one of the deepest in a century.

Solar Minimum is a natural part of the solar cycle. Every ~11 years, the sun transitions from high to low activity and back again. Solar Maximum. Solar Minimum. Repeat. The cycle was discovered in 1843 by Samuel Heinrich Schwabe, who noticed the pattern after counting sunspots for 17 years. We are now exiting Solar Cycle 24 and entering Solar Cycle 25.

During Solar Minimum, the sun is usually blank–that is, without sunspots. The solar disk often looks like a big orange billiard ball: 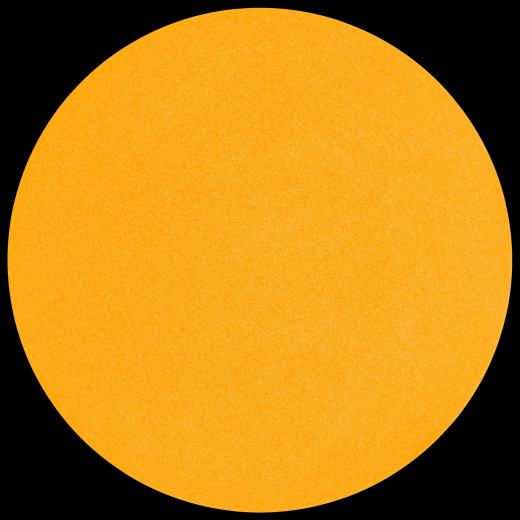 In 2019, the sun went 281 days without sunspots, and 2020 is producing spotless suns at about the same rate. To find a year with fewer sunspots, you have to go all the way back to 1913, which had 311 spotless days. This makes 2019-2020 a century-class Solar Minimum; solar flares are rare, geomagnetic storms are almost non-existent, and Earth’s upper atmosphere is cooling.

Some people worry that the sun could “get stuck” in Solar Minimum, producing a mini-Ice Age caused by low solar activity. There is no evidence this is happening. On the contrary, the next solar cycle (Solar Cycle 25) is showing unmistakable signs of life.

On May 29th, the sun unleashed the strongest solar flare in years–an M1-class eruption that just missed Earth. The blast came from an active region belonging to Solar Cycle 25.

An M1-class solar flare on May 29, 2020–the strongest flare in three years. Credit: NASA/SDO

Observers are also seeing a growing number of Solar Cycle 25 sunspots. So far in 2020, the sun has produced a dozen sunspots. Nine of them (75%) have the magnetic polarity of Solar Cycle 25. This compares to only 17% in 2019 and 0% in 2018. The sun is clearly  tipping from one solar cycle to the next.

A NOAA-led panel of experts actually predicted this behaviour. Last year they said that Solar Minimum would hit rock bottom sometime in late 2019-early 2020. Activity would then quicken in 2021-22, ramping up to a new Solar Maximum in 2023-26.

One thought on “SOLAR CYCLE UPDATE”