Skip to content
HomeAmerica: Still the Land of Opportunity for All

By Alexander Jelloian – Re-Blogged From The Daily Signal

If we’ve learned one thing from the demonstrations and riots that followed the death of George Floyd in police custody, it’s that Americans, particularly younger Americans, don’t appreciate the great history of their country.

It’s been a team effort to get into this situation. Teachers, schools, universities, even former first lady Michelle Obama, who said in a commencement speech earlier this year: “For too many people in this country, no matter how hard they work, there are structural barriers working against them that just make the road longer and rockier. 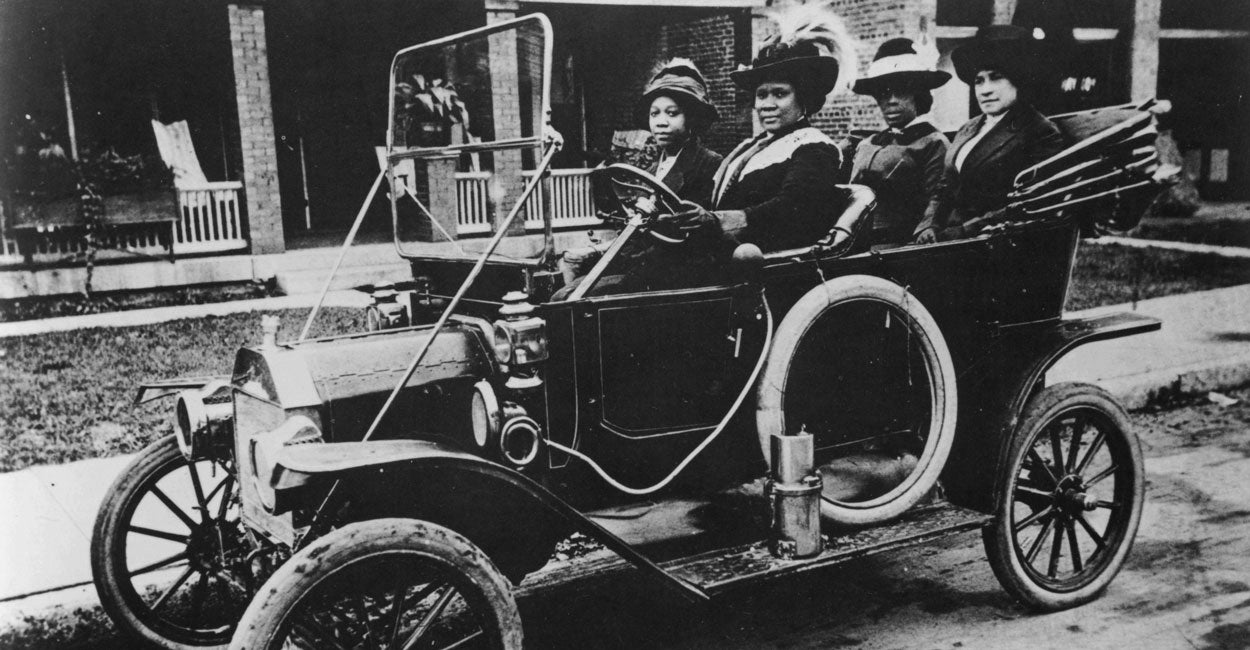 Behind the wheel in this 1911 photograph is C.J. Walker, the first woman to become a self-made millionaire in the United States. The daughter of former slaves, she got her start working in a barber shop and eventually founded her own hair-care products company. (Photo: Smith Collection/Gado/Getty Images)

It is unclear how this message is constructive, and it certainly is not correct. America is a good and virtuous nation, and millions of its people from all walks of life not only have survived but excelled.

Take, for example, C.J. Walker. Born in Delta, Louisiana, in 1867 to former slaves, she lost both parents by age 7, married at 14 to get out of an abusive living situation, then found herself widowed with a child by 20.

Walker moved to St. Louis and began to work as a barber for $1.50 a day. She soon began to develop hair-care products designed for women who had conditions affecting their hair growth.

Her products became popular, and by 1910, the Madam C.J. Walker Manufacturing Co. was turning profits equivalent to millions of dollars per year in today’s money.

Then there is David Tran, a Chinese-Vietnamese refugee who served as an officer in the South Vietnamese army until the communists took over. Tran left on a boat named the “Huey Fong” and eventually arrived in the U.S. in 1979. Poor and unemployed, he began to sell a variety of spicy chili sauces that he had made back home in Vietnam.

Tran sold his sauces to Asian restaurants and soon was making deliveries all over the West Coast. He made a modest income on these sauces until one day he came up with Sriracha hot sauce, which is now popular all over the world.

By 2012, Tran’s company, Huy Fong Foods—named for the boat on which he escaped Vietnam—was grossing more than $60 million per year.

Walker and Tran are just two examples of the millions of Americans of all races, backgrounds, nationalities, and faiths who have done incredible things in this wonderful country.

Of course, others face challenges here—bad actors who try to put others down for their own selfish desires, racists and sexists with their own warped views of humanity.

But none of this should take away from the fact that America was built on the principles of freedom, individual liberty, and old-fashioned hard work. America, like all other nations, has made mistakes, but it also has bestowed great blessings on its citizens and opportunities available to all, thanks to a commitment to human dignity and individual freedom.

It is up to each of us to overcome our own obstacles, prove the naysayers wrong, and pursue greatness. Do not believe anyone that tells you otherwise.