Legendary investor Warren Buffett isn’t often associated with gold – at least not in a positive way. In the past Buffett has made derisive comments about the monetary metal. He once quipped that gold “has no utility.”

A perpetual optimist on the U.S. economy, Buffett by nature doesn’t like the message that is sent by higher gold prices. He has likened investing in gold to “going long on fear.” 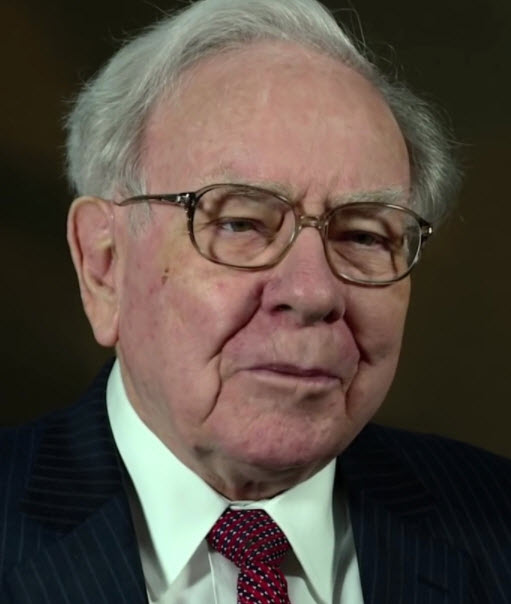 Well, the Oracle of Omaha, as he is known, seems to be reluctantly bracing for a return of fear in the markets.  His Berkshire Hathaway holding company recently dumped shares of U.S. banks and went long a major gold producer.

News of Buffett’s acquisition helped send the mining sector sharply higher on Monday. It also stirred discussions in the financial media about the gold trade.

RT News Anchor: Warren Buffett, one of the world’s richest men, is selling off his investments in banks like Wells Fargo, JP Morgan, and you know what he’s doing? He’s buying up gold. Why? Begs the question, doesn’t it? What does Warren Buffett know that you and I don’t know?

Some say Buffett’s investing acumen isn’t what it once was.  His performance has lagged behind the S&P 500 in recent years.

But Buffett isn’t aiming to outrace the stock market on the upside these days. By raising cash and taking out a stake in a gold miner, he is setting himself up to weather the next bear market in equities.

Buffet has good reason to fear losing money in the stock market at these levels. The current divergence between sky-high U.S. stock values and a contracting U.S. GDP raises alarm bells among followers of Buffett.

The ‘Buffett Indicator’ as it is known in Wall Street circles takes total stock market capitalization and divides it by total GDP.  Stocks are currently trading at 1.7 times GDP. That’s 70% above the historical average – fully in bubble territory according to this indicator.

So, Buffett has good reason to dial down his exposure to the financial sector and obtain some counter-cyclical assets such as gold equities. Of course, mining companies are still vulnerable to economic risks and are more volatile than gold bullion itself.

With mining production of gold down 15% year over year, investment buying going gangbusters, and the Federal Reserve vowing to depreciate the U.S. dollar at an accelerated pace, it doesn’t take an oracle to grasp why gold traded up to a new record high recently.

Buffett may personally own more gold than he lets on publicly.  He may also be thinking about acquiring some silver.

Back in the late 1990s, Buffett’s firm purchased a gigantic physical silver hoard of roughly 4,000 tons or 130 million troy ounces. Were he to make a similar purchase today – assuming he could even find that much physical silver readily available for delivery – that would certainly move the market.

Because most of the silver produced by miners is immediately consumed by industry, available above ground inventories are scarce. Silver coins and other minted bullion products are even scarcer – as reflected by premiums shooting higher and remaining elevated due to an increase in investment demand.

A far scarcer metal – platinum – is currently off the radar of most investors, including even most gold and silver bugs. But contrarians and Warren Buffett-style deep value investors should consider adding some platinum to their hard asset mix.

Platinum is more than twenty times rarer than gold. It is so rare that all of the platinum ever mined could fit into a room measuring 25 feet by 25 feet. It is also distinguished by being the second most dense metal on earth behind its platinum-group cousin osmium.

Platinum used to be considered more precious than gold. For most of modern history up until the past few years, it commanded a higher price. These days, platinum trades at a 50% discount to gold.

With global mining production of platinum group metals on the decline, even a small spark of new investment buying could pressure platinum prices massively to the upside.