Last week, the U.S. stock market has seen strong selling activity. The S&P 500 Index has declined about 7 percent from its peak, while the Nasdaq Composite Index plunged more than 10 percent (entering a correction territory), below 11,000, as the chart below shows. It was the tech sector’s worst drop since the end of March, if not the quickest correction ever. 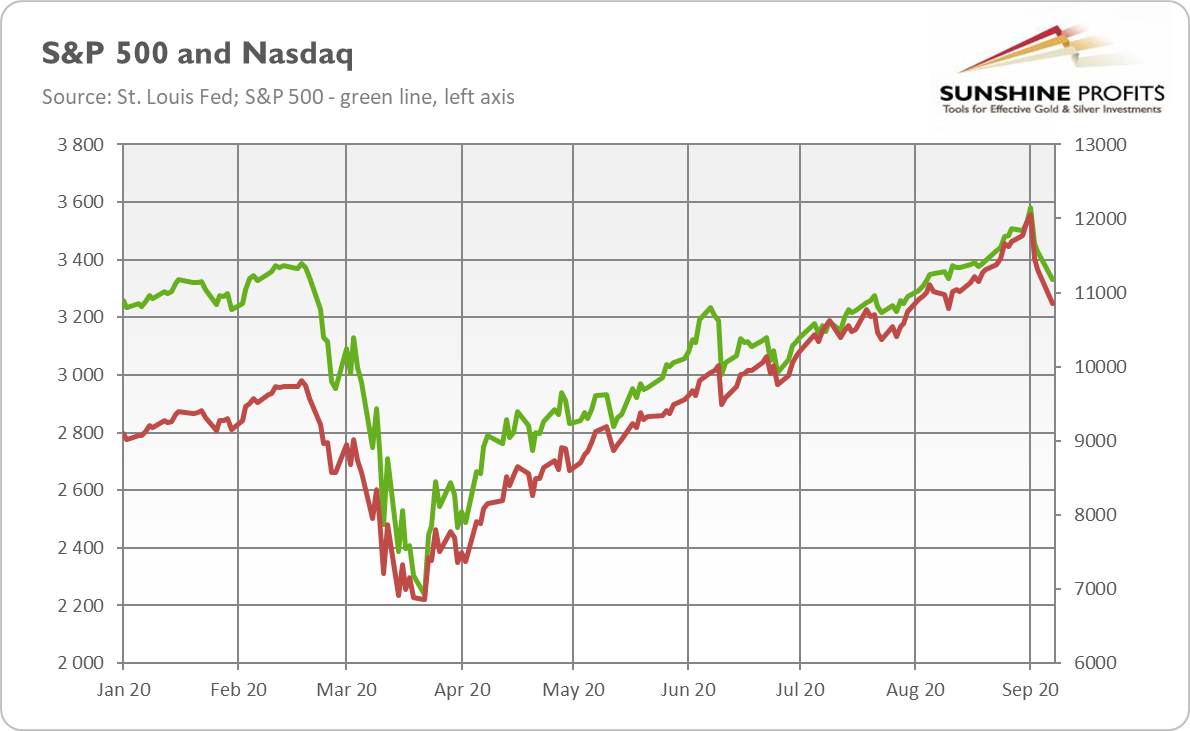 What did happen? Well, the ultra-bulls would say that it was just a normal correction on the long-term bullish trend. The perma-bears would disagree, claiming that the day of reckoning had finally arrived. But what is the truth? Well, corrections happen from time to time, that’s for sure. However, it might be also the case that investors have finally realized that the recovery is much slower than previously anticipated. As we repeated many times, there will be no V-shaped recovery and the economy will not return to the pre-coronavirus levels for a longer time than people thought it would.

Another issue is that the economic uncertainty has increased recently. First, the U.S. presidential election is approaching quickly and the pre-election period is always a period of elevated volatility (and September and October are also historically months of increased volatility). And now there is an increased risk that the election’s results could be contested if there’s no clear outcome, because of the expanded voters’ access to voting by mail. Second, the U.S. Senate aims to vote today on a drastically scaled-back Republican coronavirus aid bill, despite the opposition from Democrats. The limited aid package or a delayed stimulus could raise doubts about the pace of economic recovery. Third, the Brexit saga stroke back, as new legislation by the British government raised fears of a derailment of trade talks with the EU. So, investors have been reminded that there are several downside risks to economic growth. What a surprise!

But it seems unlikely that with the current ultra-dovish Fed, which eagerly injects massive liquidity into economy and will maintain interest rates at ultra-low levels for years, the recent correction will transform into the full-blown bear market.

What does the correction in equities imply for the gold market? Well, the last week was not the best for the yellow metal, as one can see in the chart below. However, gold was relatively stable compared to shares. It makes, of course, sense, as the reckoning of slower recovery and more downside risks than previously thought should be positive for the gold prices, in contrast to equities. So, gold does not have to follow the stock market and plunge now. 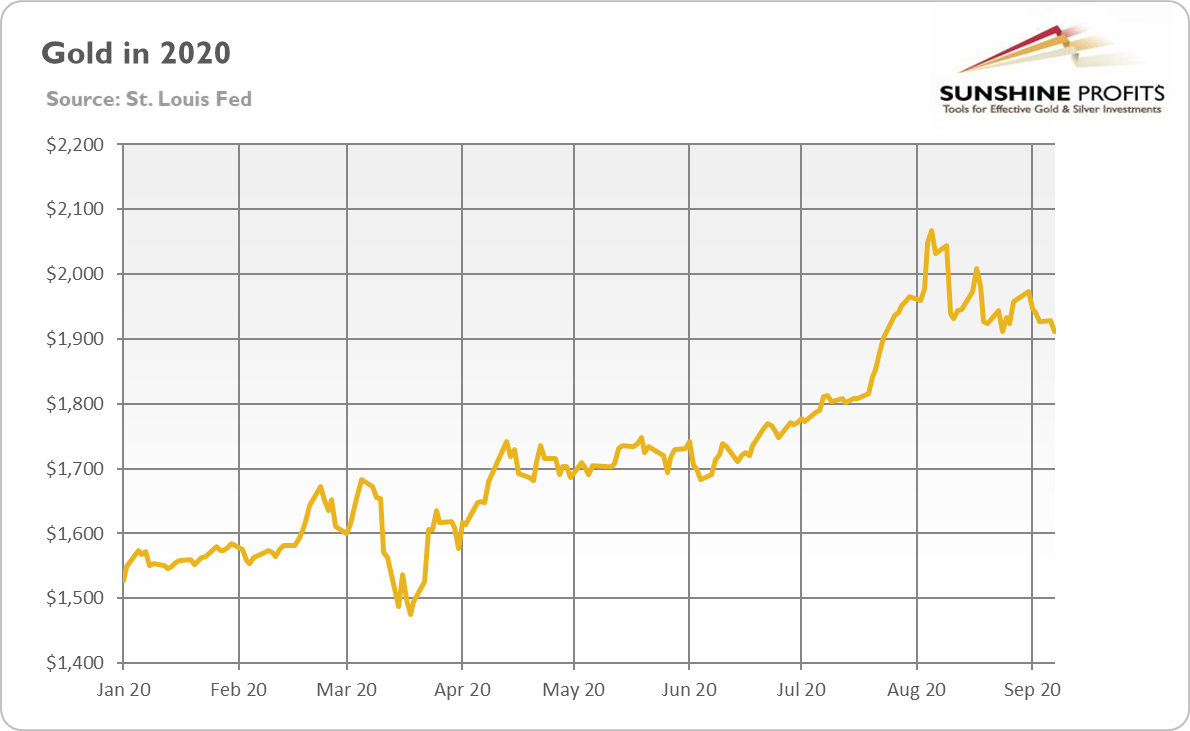 The funny thing is that although gold is often considered to be uncorrelated or negatively correlated with the stock market, we could see upward moves in both asset classes. The reason is simple: the dovish monetary policy with negative interest rates and massive liquidity should support both equities and the yellow metal. Gold could be also bought as a portfolio diversifier or portfolio’s protection amid the rising equity prices and concerns about the sustainability of the Fed-driven bull’s party at the Wall Street.

And I hope that you did not forget about the Fed’s revolutionary shift from targeting 2 percent to maintaining an average of 2 percent. Under the new regime, in which inflation above the 2 percent does not have to be a problem, the U.S. central bank would maintain the federal funds rate at ultra-low level for longer, which would increase risk appetite and support more volatility in asset prices and financial imbalances. In such a macroeconomic environment, the role of gold as a hedge against both inflation and stock market volatility could increase.