If Mars had a Fisherman’s Wharf, this is what it would look like: 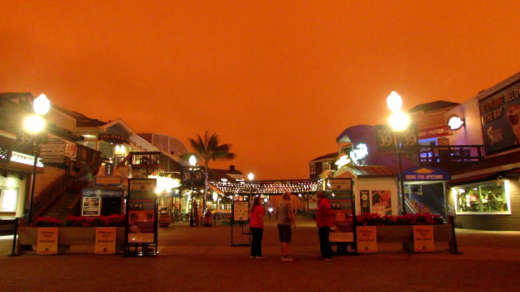 Mila Zinkova took the picture from San Francisco’s Pier 39 on Sept. 9th. “The atmosphere was eerie and apocalyptic,” says Zinkova. “The sky was orange, and it was so dark that streetlights were on in the middle of the day. It felt as if the whole of San Francisco had moved to Mars.”

The sky was colored Martian-red by smoke from historic wildfires raging out of control in California and Oregon. So much daylight was blotted out, some are calling it “the day the sun did not come up in San Francisco.” To illustrate how dark it was, Zinkova made a 6 minute video which ends with a mailman delivering mail, using a headlight to read the addresses. 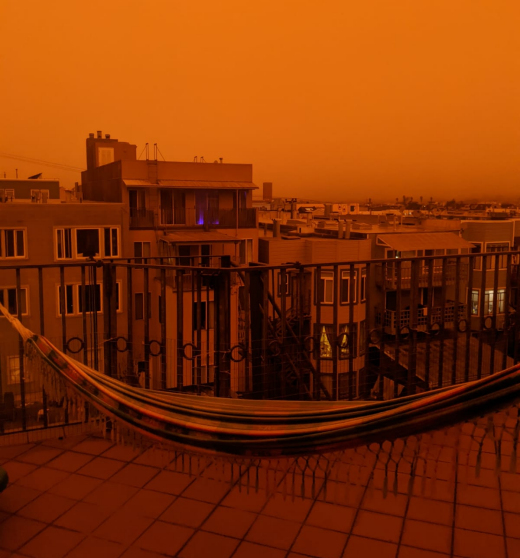 “I woke up this morning to a Mars-like orange sky that persisted throughout the day,” says Boyd. “High smoke coupled with a dense fog layer combined to make a featureless orange that blanketed the City by the Bay.”

In the way it responds to smoke, San Francisco is special. The city’s marine layer buffers smoke, holding it high above the ground. Tiny smoke particles scatter blue light before it can reach the city streets, allowing only reds to pass. The result: Mars on Earth. Let’s hope it ends soon.