Before I wade into my Q4 strategy analysis, I have to tell you that prior to last Tuesday’s “debate”, I was leaning toward a “neutral” investment strategy largely based upon the 2016 outcome where heavily-favoured Hillary Clinton was upset by the Trump Train at the last hour and in direct opposition to what EVERY poll was predicting. I have a theory about the 2016 election and just exactly WHY the pollsters got it so completely wrong. I will explain.

I majored in marketing and finance from 1976’s 9th-ranked undergraduate business school in the United States, Saint Louis University, a Jesuit institution of immense reputation and stature. In the marketing courses, they taught us that surveys are only relevant when they have a representative sample size. If you are asking a group of Canadians their opinion of Budweiser beer, you will get a skewed result. If you ask a group of Japanese whether they like “Fish and Chips”, you will get a skewed result. If in October 2016 you could not FIND a group of Americans living in the Ozarks or the Louisiana bayou or the Montana wilderness, you would NEVER have obtained a representative sample of the pulse of the 2016 election. And that was where the pollsters went wonky. They chose to speak to metrosexual Millennials with the coloured glassed and Starbucks lattes rather than the guy in the F150 with the Confederate flag draped in the back window and two shotguns in the rack.

Last summer, in Tobermory Ontario, I was having lunch with my friend Tomas, a German now living in Canada and an extremely gifted thinker and engineer. As he forced himself to take yet another sip of what was advertised as “German beer” (he said the only thing “German” about the beer was the flag on the bottle), I decided to engage him on the topic of U.S. politics, knowing full well that he has in his business several U.S. plants to manage and a number of U.S. clients to service.

In his wonderful German accent, he took the bait and was quick to advise me that “Donalt Tromph vill vin by a londschlide. He vill kigg arsche.” I smiled and quickly added “Only if he can keep the black and female vote at home on November 3rd.” THINK about it.

I lived in the U.S.A. for the better part of six years in one of the greatest cities in the world and after I abandoned the idea of being an NHL hockey player, I kept in touch with many of my American-born classmates. I have always found it useful to poll this highly-diverse group of Yanks because they hail from all over the country and they are a mixture of left and right thinking citizens, all college-educated, and all quite aware of the problems besetting the American Dream. Unfortunately, there is wide disagreement among them as to the solutions to the many structural ailments that are ripping the fabric away from American life – and therein lies the problem.

In the last quarter of 2019, I put forth the opinion that the major problem plaguing the global economy was not Chinese trade nor European banks nor American imperialism but rather one glaringly obvious collective problem shared by almost every nation on the planet: DEBT.

Long before this epidemic of influenza spread across the mainstream landscape, fed and fanned by political leaders and the ratings-starved news media, the banker-owned Fed was already pouring gasoline on the fire with their Q4/2019 REPO actions that saw billions upon billions of dollars handed out like confetti at a wedding to the Primary Dealers in order to avoid what Chairman Powell referred to as “liquidity issues”. That shift in Fed policy was, in my opinion, the first ugly emergence of the debt monster and it was only in February 2020 that those in power executed the ultimate “Carpe Diem” after learning of the Wuhan outbreak thus creating a “false flag” event, a “feint”, a clever, panic-driven “diversion” designed to frighten and distract the public. The outcome? Well, Joseph Goebbels (former Nazi Minister of Propaganda) is looking down (or up) at “Operation COVID-19” with a big smile on his face because this campaign worked like a charm. 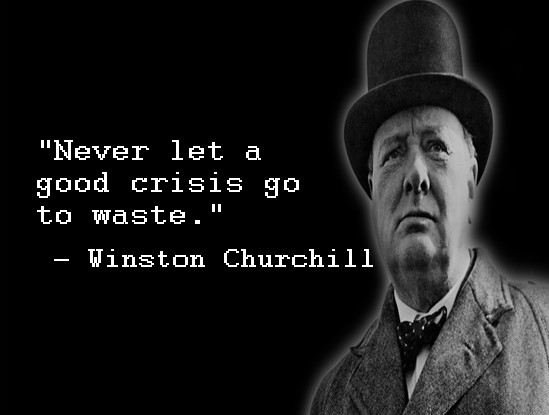 So, just when “liquidity issues” are plaguing the primary dealer network, the Fed suddenly sees through the mayhem and decides that it is “insolvency issues” that are on the fiscal horizon. Just like clockwork, and in the name of “saving the average American”, they take away his job; print a few trillion in phony money; hand most of it to large corporations and the banks on the guise that they will recall workers back; throw a few measly shekels into bank accounts of “average Americans”, all the while goosing the stock markets and feeding the media the absurd notion of a “V-shaped recovery” just around the corner.

Overnight, I heard the news that Donald Trump and his wife have tested positive for the virus and the major averages are expected to be off 1.5-2.25% when they open. Gold had given up all of Thursday’s gains and was sitting at USD $1,895 when the news hit, it reversed and was back through $1,920 by 3 a.m. EST. This is symptomatic of the mood of the populace these days as no one can put forth anything that lasts for more than a nanosecond sound byte. Gold, silver, stocks and bonds are all going to be whipped around like unbridled fire hoses until well after the U.S. elections so managing one’s portfolio is going to be problematic unless one can grasp a lifeline on the “bigger picture” and cling to it as a critical lifeline. All of these headline “events” since Q4/2019 represent noise designed to divert us from the highly-successful “crisis investing” bias that has currency destruction as it primary driver and preservation of capital as its primary objective.

I think that the insurmountable levels of debt in existence the world over (but significantly in the U.S. and terminally in Canada) vastly outweigh the outcome of any election or emergence of any sort of “fiscal messiah” claiming to have the answers. Reversing seventy-five years of uncontested debt creation through monetization and deception; through intervention, interference, and manipulation; through criminal acts (JP Morgan) that have taken billions of dollars from the trading accounts of law-abiding citizens, is going be impossible. It will not happen. All we, as rational men and women, can hope to achieve is the retention of our standards of living by protecting the purchasing power of our wealth.

I continue to hold forth that wealth retention in an era of unprecedented monetary debasement is best achieved through overweight positions in precious metals and the listed companies that produce, develop, and explore for them. The 1970’s model is the one most closely-aligned with today’s crisis with the one difference being that even by 1979 with gold at $800 per ounce, the U.S. was still a creditor nation (the world’s largest) versus today when she is a debtor nation (also the world’s largest). In 2020, there exists not one central banker with the vision and fortitude of a Paul Volcker, the former Fed Chairman from 1977-1987 who set out to control the Great Inflation of the 1970’s by cutting off the flow of easy credit to the banks and brokers, driving borrowing costs through the roof and crippling the global economy it is wake.

Because there is a vacuum of grit and resolve anywhere in the political arena these days, I see no force out there able to reverse the course of debt monetization and currency debasement that will inevitably result in the total and complete destruction of the purchasing power of cash. Portfolios that are dependent on the return of the global economic status quo (60% equities /40% bonds) will be vapourized by rising input costs to manufacturers (ex-metals) which in turn leads to margin compression and disappearing profits.

The Senior and Junior Gold producers are enjoying the best of all worlds these days as revenues are soaring while energy prices, usually 25% of throughput costs, are in decline. In 2011, when gold last traded at USD $1,920, oil was approaching USD $100/barrel with the HUI (unhedged gold index) was north of 600. Today oil is under USD $38 / barrel and the HUI is 329. With the current prices for gold and silver, I see massive dividend increases on the horizon, not unlike the South African Gold Stocks in the last 1970’s. Portfolios overweight in the developers are positioned for leverage-driven gains the likes of which we have yet to behold in recent times. A one-million-ounce deposit appropriately valued at USD $40 million in 2015 is today worth more than double that because of the reasons mentioned above. This is why the 2020 GGMA portfolio is overweight a number of junior developers with proven resources poised ready to deliver updated resource estimates or preliminary economic analyses, the result of which will be sharply higher share prices and accelerated merger and acquisitions activity. 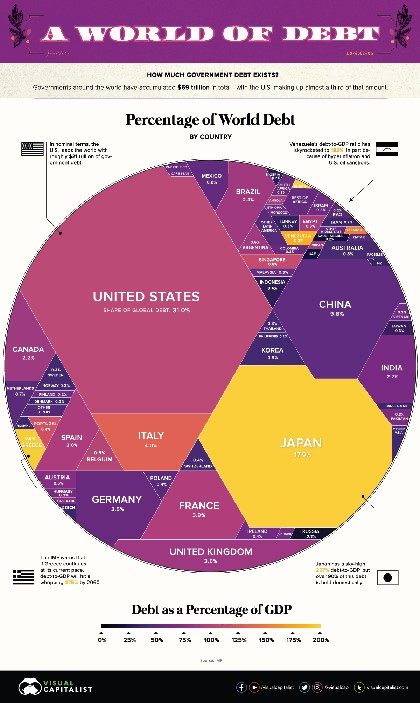 As the title of this missive would imply, there are times when the best defence is not always a strong offense (think “Toronto Maple Leafs”). As we approach the elections, the end of stimulus handouts, and the sudden realization that the world is in a depression not even close to anything resembling a recovery, I am executing a strategy where the best offense is a strong defence. The defence to which I refer has “loss of purchasing power” as its enemy. Owning precious metals in Q4/2020 is a “prevent defence” designed to prevent portfolios from being unduly buffeted by all of this “noise” to which we are constantly subjected. Stated another way, I want to add to “what is working” and avoid “what is not working” and with the GGMA portfolio up over 200% YTD, that means holding positions and adding on reactions, never easy and rarely fun.