Skip to content
HomeGold In the Season Of Santa, Milk And Cookies
By GE Christenson – Re-Blogged From Gold Eagle

‘Tis the season for:

The events are predictable. Let’s explore:

Election fraud: It happens during every Presidential election. The people counting the votes are more important than the actual votes. Dead people have been voting for decades. If the Powers-That-Be wanted it different, then voting could be honest. As it is…

Stock Market Euphoria: Print many $trillions from “thin air” and shove it into the stock market. Bingo – the market makes new highs—a Santa Claus rally. No mystery here. Eventually those extra $trillions boost prices for gold, silver, crude oil, housing, and food. Then politicians and central bankers will blame speculators, Russians, Chinese, or the other political party for their mistakes and corruption.

Gold Market Selloffs: Examine the chart of weekly gold prices over a decade. Note the green ovals around significant lows near the end of each calendar year, except for 2012, which does not fit the pattern. 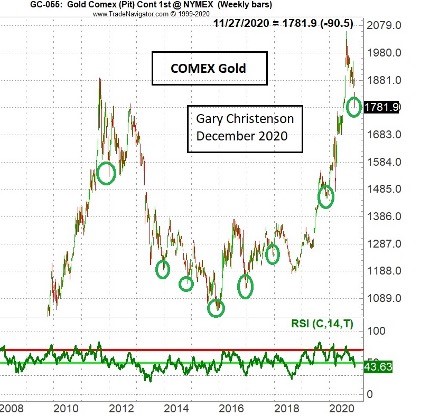 THIS GUARANTEES NOTHING! Oh dear!

Our managed news services are biased. The media do not appreciate gold. But we’ve suffered through this for decades.

As Richard Russell once said, “Where are cycles when you need them?” Cycles and patterns are helpful, but they do NOT guarantee price action.

Prices for metals are erratic in our crazy and manipulated global economy.

a) Portuguese 10-year bonds yield less than 0.0%. Why would an investor buy those bonds unless they expected the ECB to bail them out? Front running central banks can be profitable.

d) New York state forced nursing homes to accept COVID patients, even though the highest risk people are old, such as those in nursing homes. Why?

f) The Fed’s balance sheet exceeds $7 trillion in “printing press currency.” Wealth of billionaires increased during 2020 when over $3 trillion was “printed.” However, Chairman Powell claims Fed policies do NOT encourage wealth inequality.

i) Millions of American families may be evicted in January. Unemployment is high. The U.S. economy, small businesses, and millions of people are in deep financial trouble, but the DOW hit 30,000 and the S&P 500 Index reached a new all-time high in November. The stock market does NOT reflect economic conditions in middle-America.

j) COVID deaths are real, some of them. But: New Study Exposes Alleged Accounting Error Regarding COVID Deaths.

k) And the Emmy Goes To… 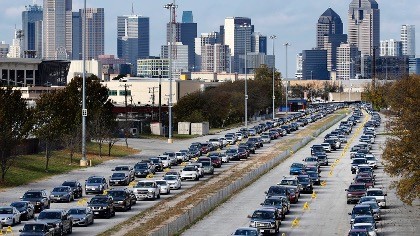 SHOW ME THOSE RATIOS:

The DOW and S&P500 Index hit highs in late November. Gold reached a high months ago in August. Total market cap is too high. Financial conditions indicate a top. How high? What do the ratios show? 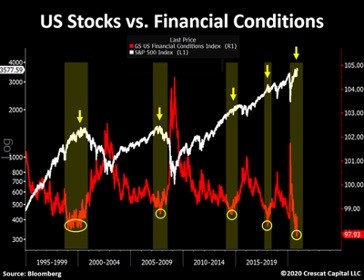 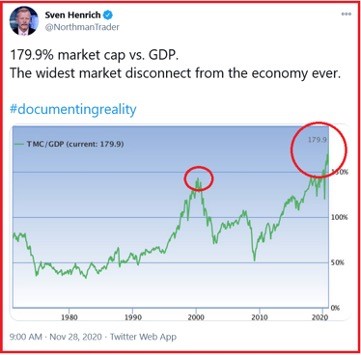 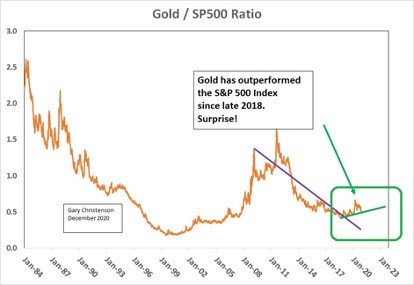 The GDX is a gold stock ETF. Examine the ratio of GDX to gold prices since 2006 – the beginning of data for GDX. 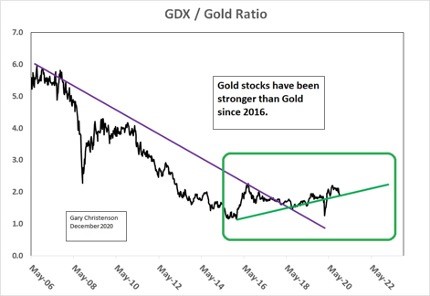 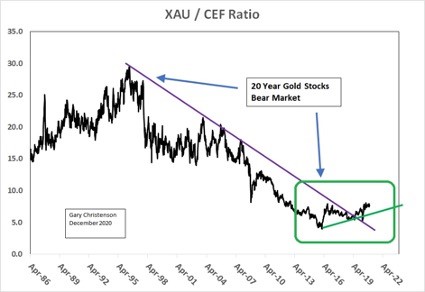