BOULDER, COLORADO—The top climate change scientist for the National Oceanic and Atmospheric Administration (NOAA) said he has received $4 million from Congress and permission from his agency to study two emergency—and controversial—methods to cool the Earth if the U.S. and other nations fail to reduce global greenhouse gas emissions.

David Fahey, director of the Chemical Sciences Division of NOAA’s Earth System Research Laboratory, told his staff yesterday that the federal government is ready to examine the science behind “geoengineering”—or what he dubbed a “Plan B” for climate change.

END_OF_DOCUMENT_TOKEN_TO_BE_REPLACED

Harvard University is planning to conduct an experiment to test the effectiveness of sunlight blocking aerosols dumped into the stratosphere.

Harvard Scientists Begin Experiment To Block Out The Sun

A group of Harvard scientists plans to tackle climate change through geoengineering by blocking out the sun. The concept of artificially reflecting sunlight has been around for decades, yet this will be the first real attempt at controlling Earth’s temperature through solar engineering.

Inspired by Richard Keen’s interesting WUWT post on using eclipses to determine the clarity of the atmosphere, I went to the website of the Hawaiian Mauna Loa Observatory. They have some very fascinating datasets. One of them is a measurement of direct solar radiation, minute by minute, since about 1980.

I thought that I could use that dataset to determine the clarity of the atmosphere by looking at the maximum downwelling solar energy on a month by month basis. I’ve described my method of extracting the maximum solar energy from the minute by minute data in the appendix for those interested.

END_OF_DOCUMENT_TOKEN_TO_BE_REPLACED

Strange but true: You can learn a lot about Earth’s climate by watching a lunar eclipse. This week at the 46th Global Monitoring Annual Conference (GMAC) in Boulder, CO, climate scientist Richard Keen of the University of Colorado announced new results from decades of lunar eclipse monitoring.

END_OF_DOCUMENT_TOKEN_TO_BE_REPLACED

From the UNIVERSITY OF TEXAS AT AUSTIN – Re-Blogged From http://www.WattsUpWithThat.com

An abundance of aerosol particles in the atmosphere can increase the lifespans of large storm clouds by delaying rainfall, making the clouds grow larger and live longer, and producing more extreme storms when the rain finally does come, according to new research from The University of Texas at Austin. 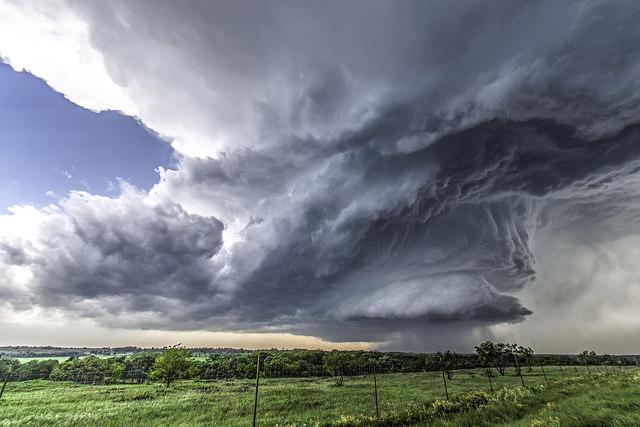 END_OF_DOCUMENT_TOKEN_TO_BE_REPLACED

In the latest iteration of propaganda tactics employed by eco-environmental activists and the EPA, emotion has become the chosen media tool. Mothers and children pose on the capitol steps and wave signs proclaiming their fight for clean air and the children’s health. Images of these “lovable lobbyists” for the EPA’s Clean Power Plan are heart tugging. It is maternal instinct vs. scientific debate; if it sounds bad, that is all that such moms need to hear, and in fact, it is hard to overcome such pleadings with cold facts alone. Such “do something” demonstrations find politicians and agencies all-to-ready to craft new legislation and regulations. I view this much like physicians who succumb to patients’ “do something” demands by prescribing antibiotics for the common cold…a useless, if not dangerous practice.

END_OF_DOCUMENT_TOKEN_TO_BE_REPLACED

By Buel Henry – Re-Blogged From http://www.WattsUpWithThat.com

In 2007, the Nobel Prize for Peace was awarded to Albert Gore and the IPCC for their work in promoting the theory that global warming was caused by green-house gasses, and that, based upon computer simulations, increasing amounts of these gasses in the atmosphere would cause runaway warming, with disastrous consequences for the planet.

At the time, this appeared to be a plausible explanation for the warming, since CO2 levels in the atmosphere were clearly rising. However, for the past 15 years or so, there has been a “Pause” (no statistically significant warming) in the warming trend, leaving scientists around the world scratching their heads for an explanation, since this was not predicted by any of their models.