Multinational aerospace corporation Airbus is investigating a new way for airliners to save fuel: by flying in formation, like a herd of migrating geese.

END_OF_DOCUMENT_TOKEN_TO_BE_REPLACED

President Donald Trump banned travel from Europe to the U.S. as part of new actions intended to halt the spread of Covid-19 coronavirus in America.

“The European Union failed to take the same precautions [as America] and restrict travel from China. As a result, a large number of clusters in the United States were seeded by travelers from Europe,” Trump said in his Wednesday evening televised address. “We will be suspending all travel to Europe from U.S. for the next 30 days.” The ban doesn’t apply to flights from the United Kingdom.

END_OF_DOCUMENT_TOKEN_TO_BE_REPLACED

Summer vacation season will be here sooner than you think, making this a good time to start planning that trip and figuring out how to get the most fun and value for your dollar.

The good news for U.S. travelers is that airfares are around their lowest levels since the federal government started keeping track in 1995. The average domestic ticket price is down more than one-fourth over that time, although some of the price drop is offset by fees on everything from checked bags to aisle seats.

Last week, airlines including American, Delta and United were showing round-trip fares between the New York City area and Paris for under $300 for several dates in February and March. Part of the last week in April was available for just a few bucks more. There were deals between the West Coast and Asia for around $400.

“It’s a great time to be a traveler now,” said Matthew Ma, a co-founder of The Flight Deal. “The seats are tighter, the pitch (between rows) is much tighter, but overall it’s a lot cheaper to fly now than say 10 years ago. How long can the airlines sustain that and still make money, who knows?”

END_OF_DOCUMENT_TOKEN_TO_BE_REPLACED

“Travel,” Mahatma Gandhi once said, “is the language of peace.”

If that’s the case—and I happen to believe that it is—then I’m extremely bullish about the future, especially with respect to U.S.-China relations.  The trade war’s days may be numbered as both sides of the skirmish reached a partial agreement last Friday, laying the groundwork for Presidents Donald Trump and Xi Jinping to sign a trade deal later this year. 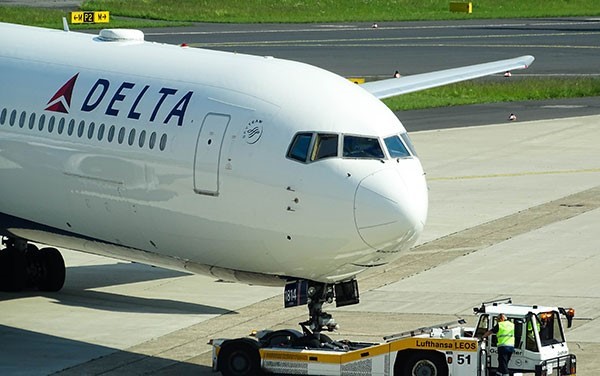 END_OF_DOCUMENT_TOKEN_TO_BE_REPLACED

March 13, 2019: Long lines. Narrow seats. Baggage fees. You recognize this list. It’s the downside of flying on modern commercial airlines. And now we have a new item to add: cosmic ray neutrons.

END_OF_DOCUMENT_TOKEN_TO_BE_REPLACED

A growing shortage of airline pilots is putting the industry’s recent growth at risk as planes sit idle, higher salaries cut into profits and unions across the globe push for more benefits.

Carriers such as Emirates and Australia’s Qantas Airways have poured resources into hiring, but struggled in recent months to use their jets as often as their business plans dictate because of training bottlenecks.