“Ground control to Major Tom … Your circuit is dead, there’s something wrong. Can you hear me Tom. Can you here me Tom”….Tom: “I am floating around in my tin can and there is nothing I can do.” (David Bowie)

Yes, Ground Control in the form of the major central banks have totally lost control and the world economy is now floating around helplessly without direction. Since the end of 2006, the major CBs (Fed, ECB, BOJ & PBOC) have increased their balance sheets from $5 trillion to $25.5t today. The great majority of the extra $20t created since 2006 has gone to prop up the financial system. 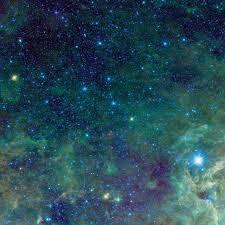 END_OF_DOCUMENT_TOKEN_TO_BE_REPLACED

Two millennia ago according to the bible, three wise men came to offer Jesus the gifts of gold, frankincense and myrrh. The peak of the Roman Empire is considered to be at the time Jesus was born although it took until 476 AD until the Western Empire finally fell.

Today, just over 2000 years later, we might be standing at another historical peak in the global economy. There are certainly many similarities like deficits, debts and decadence. Just like the Roman Emperors, current leaders have illusions of grandeur of a magnitude that the world has never seen before.

So let’s look at the modern version of the three wise men. What gifts are they bringing the world? As in the illustration below I have picked three central individuals in the world today; Draghi – head of the ECB, Li Keqiang – Premier of China and Abe – Prime minister of Japan. In themselves they are not that important but the country or region they represent is.