According to the data released by Mexico and Peru’s governmental mining data, domestic silver production continued to be depressed in May.  Interestingly, the production data just released from Mexico’s INEGI shows that the country’s silver production in May was even less than what they reported for April.

I first wrote about this in my article, World’s Two Largest Silver Producers Mine Supply Cut Drastically In April.  The combined silver production loss from Mexico and Peru in April was 432 metric tons or 53% versus the same month last year.  Peru accounted for the largest of the decline in April at 237 metric tons (mt) compared to 195 mt for Mexico. 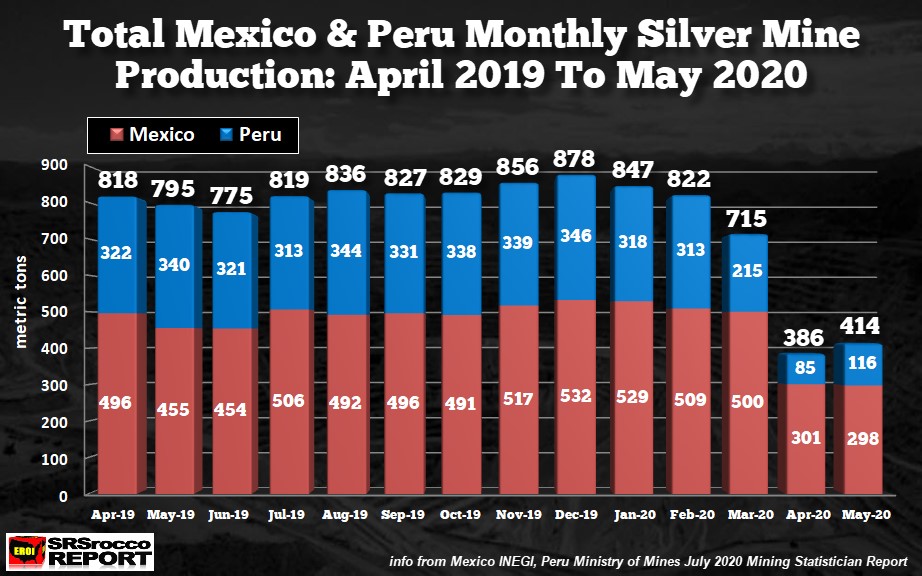