By Robert Weisman – Re-Blogged From The Boston Globe

Some time next year, as the ranks of retirees swell, the Social Security system in the United States will pass an ominous tipping point and start the slide into insolvency.

For the first time in nearly four decades, the government program that provides retirement checks to older Americans will pay out more in benefits in 2020 than it takes in. That will force the program to dip into a rainy day fund that will be depleted in about 15 years.

And if the political dysfunction in Washington continues and lawmakers don’t fix the system, benefit cuts are in store for current and future retirees, most of whom haven’t socked away enough money in their personal retirement accounts.

END_OF_DOCUMENT_TOKEN_TO_BE_REPLACED

In an incredibly obvious statement, National Security Advisor John Bolton has declared the high level of national debt an “economic threat” to the United States. Unless you have been living under a rock for the past ten years, you know that statement is not only true but obvious.

Bolton claimed that the national debt is a big problem and tackling it requires significant cuts to the government’s discretionary spending, while most other economic experts say entitlement spending is the biggest concern. According to Bloomberg, Bolton was quoted as saying: “It is a fact that when your national debt gets to the level ours is, that it constitutes an economic threat to the society. And that kind of threat ultimately has a national security consequence for it.”

END_OF_DOCUMENT_TOKEN_TO_BE_REPLACED

According to financial writer Simon Black, the federal government is spending approximately 52,000 dollars per second. This, not last year’s tax cuts, is the reason why the national debt has reached a record 21 trillion dollars, which is more than America’s gross domestic product (GDP).

END_OF_DOCUMENT_TOKEN_TO_BE_REPLACED

Medicare will run out of money sooner than expected, and Social Security’s financial problems can’t be ignored either, the government said Tuesday in a sobering checkup on programs vital to the middle class.

END_OF_DOCUMENT_TOKEN_TO_BE_REPLACED

Social Security is in trouble. Money going out should exceed money coming in within three years. Of course, the current income on the Treasuries in the Trust Fund are counted as real, even though those Treasuries are little more than IOUs from Uncle Sam’s left pocket into his right pocket. In real world terms, the Trust Fund already is in Deficit.

Even with the rosy Treasury assumption, the Trust Fund balance should be zeroed out within 15-20 years, depending on whose projections you use.

Economics Professor Laurence Kotlikoff of Boston University calculates that the actuarial deficit is around $100 Trillion, so anyone who says that we can tinker here and adjust there to save Social Security is just not living in the real world.

I suggest a phase out – a very long phase out. 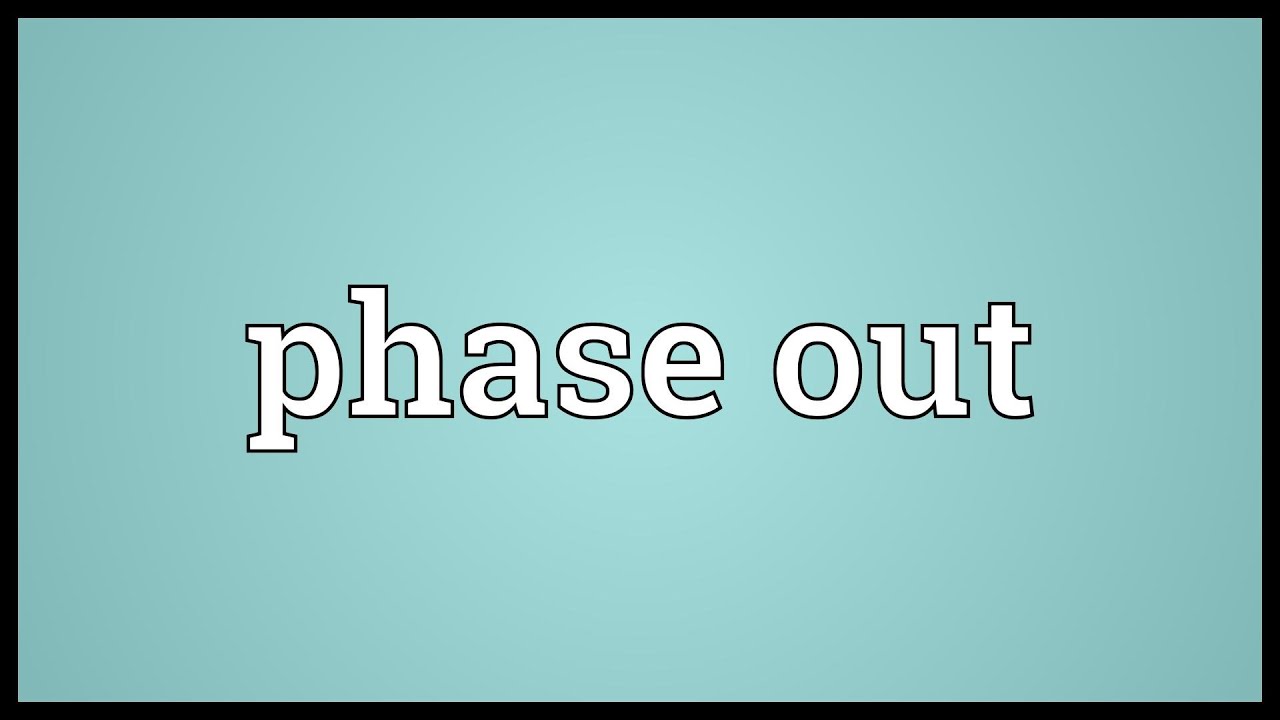 This phase out easily could take 60 years to complete. It will not be painless as the younger an American is, the less he will receive in benefits. But, it will put the burden where it can be handled most easily – with younger workers who have more time to plan. And, it sets up a system which still requires putting money aside for retirement, but that money is owned and controlled by each individual American worker.

It should be noted that Medicare is under the same pressures, also with a calculated actuarial deficit around $100 Trillion. A similar phase out for Medicare also makes sense.

The third and final (for now) portion of this series might be a tad anticlimactic. If so, we apologize. Most people know America is in debt beyond comprehension. A small subset of people understand that the numbers published by the government are missing a whole bunch of important items and use accounting methods that would land most business people in prison. An even smaller subset understands the idea of generational accounting.

What we are going to discuss this time around is not the long-term situation, but rather the medium to short-term situation because some really bad things are going to take place within the next 5-7 years absent major, MAJOR policy changes. At that point, the policy changes will have to be drastic since our government fiddled while Rome burned for the last 3 decades.

If you take nothing else away from this article, understand that our ‘leaders’ – of all political affiliations and stripes – KNEW this was going to be the result if they did nothing, yet that’s precisely what they did. The blame game this time around ought to be one for the ages, however a well-informed populace can short-circuit the traditional mudslinging by inserting the following statement: “You all knew. You knew and you did nothing. You are guilty of dereliction of duty. You failed your constituents and your country. ALL of you.”

END_OF_DOCUMENT_TOKEN_TO_BE_REPLACED

The food stamp program is the nation’s second largest means-tested welfare program; its costs have risen from $20.7 billion in 2000 to $83.1 billion in 2014. Contributing to this rapid expansion is the enrollment of able-bodied adults without dependents, which has risen from nearly 2 million in 2008 to around 4.7 million today. Benefits to these individuals and related administrative expenses cost the taxpayers around $10.5 billion per year. Welfare should not be a one-way handout. In keeping with the success of both the 1990s welfare reform and Maine’s recent food stamp work requirement, the U.S. government should require constructive behavior from able-bodied recipients in exchange for benefits. Specifically, able-bodied adult food stamp recipients without dependents should be required to take a job, prepare for work, perform community service, or at a minimum search for employment in exchange for aid and assistance at the taxpayers’ expense. This reform would save taxpayers $9.7 billion per year. END_OF_DOCUMENT_TOKEN_TO_BE_REPLACED

By Nick Giambruno – Re-Blogged From http://www.Silver-Phoenix500.com

Government employees get to do a lot of things that would land an ordinary citizen in prison.

For example, it’s legal for them to threaten and commit offensive, rather than defensive, violence. They can take property from others without their consent. They spy on anyone’s email and bank accounts whenever they please. They go into trillions of dollars in debt and then stick the unborn with the bill. They counterfeit the currency. They lie with misleading statistics and use accounting wizardry no business could get away. And this just scratches the surface…

The U.S. government also gets to run a special type of Ponzi scheme.

According to the Merriam-Webster dictionary a Ponzi scheme is:

[A]n investment swindle in which some early investors are paid off with money put up by later ones in order to encourage more and bigger risks.

In the private sector, people who run Ponzi schemes are rightly punished for their fraud. But when the government runs a Ponzi scheme, something very different happens.

END_OF_DOCUMENT_TOKEN_TO_BE_REPLACED

By Ron Paul – Re-Blogged From The Ron Paul Institute

Cutting up its credit card is the only way to make Congress reduce spending. Anyone who doubts this should listen to the bipartisan whining over how sequestration has so drastically reduced spending that there is literally nothing left to cut. But, according to the Heritage Foundation, sequestration has only reduced spending from $3.6 trillion to $3.5 trillion. Only in DC would a less than one percent spending reduction be considered a draconian cut.

Defense hawks have found a way around sequestration by shoving billions of dollars into the Overseas Contingency Operations (OCO) account. OCO spending is classified as “emergency” spending so it does not count against the spending limits, even when OCO is used for items that do not fit any reasonable definition of emergency.

END_OF_DOCUMENT_TOKEN_TO_BE_REPLACED

By Thomas Sowell – Re-Blogged From http://www.LewRockwell.com

The outrage over another multiple murder of American military personnel on American soil by another Islamic extremist has been exacerbated by the fact that these military people had been ordered to be unarmed — and therefore sitting ducks.

Millions of American civilians have also been forbidden to have guns, and are also sitting ducks — for criminals, terrorists or psychos.

You might think that, before having laws or policies forcing fellow human beings to be defenseless targets, those who support such laws and policies would have some factual basis for believing that these gun restrictions save more lives, on net balance, than allowing more legal access to firearms. But you would be wrong.

END_OF_DOCUMENT_TOKEN_TO_BE_REPLACED

After WWII, with the advent of the jet engine, a race was on to see who could break the Sound Barrier first.

To pick up the final burst of speed in order to get past Mach I, just over 760 mph, test pilots would go up to 45,000 feet, and then point the nose down and fall to earth. At the last moment, they would “pull up” on the stick, expecting for that to pull the plane up and out of the dive.

Several pilots killed themselves in crashes, until in October, 1947, one pilot, Chuck Yeager, realized that pulling up on the stick was making the plane go down even more.

END_OF_DOCUMENT_TOKEN_TO_BE_REPLACED

By Bill Bonner – Re-Blogged from http://www.davidstockmanscontracorner.com

In politics and economics, most people believe what isn’t true: that the common folk select their leaders … and that these leaders are wiser than God.

We recall an early experiment. The pilgrims washed up in the wrong place … and then proceeded to almost exterminate themselves with clumsy central planning. Their system discouraged work and encouraged zombies. Wrote Plymouth County governor William Bradford:

[The system of] taking away of property and bringing [it] into a commonwealth [caused] confusion and discontent [and] retarded much employment that would have been to benefit and comfort [of the settlers].

END_OF_DOCUMENT_TOKEN_TO_BE_REPLACED

The other night, I talked with my new friend Jack about the Economy, Taxes, and eventually Social Security. I explained that the unfunded liability for Social Security was far beyond what was possible to meet, and that somewhere down the road, Social Security would default.

END_OF_DOCUMENT_TOKEN_TO_BE_REPLACED

The US federal Budget has been in Deficit for generations. Our leaders in Washington have borrowed from our children without any prospect that the money will be paid back, at least not in Dollars with anywhere near the same value.

The current National Debt stands at over $18 Trillion, and with annual deficits resuming their previous $1+ Trillion, some projections are that the National Debt will double within 10 years. If the current levels are not sustainable, why would any sane person expect that a $36 Trillion National Debt could be reached without a collapse of the US Economy?

END_OF_DOCUMENT_TOKEN_TO_BE_REPLACED

President Obama has granted a blanket amnesty to millions of people who have crossed our borders illegally. Ted Cruz says that Obama has made it easier for people to come to our country illegally than legally.

While the flood of illegal immigrants is small compared to the number of people coming to our shores 100 years ago, especially as a percentage of the American population, the porous border is a huge problem that must be addressed.

END_OF_DOCUMENT_TOKEN_TO_BE_REPLACED

Many people doubt the generosity of Americans, especially Americans. They don’t want to depend on the generosity of strangers to provide food for the hungry, shelter for the homeless, medical care for the medically indigent, or education for the poor. For them, if we don’t force all those American versions of Scrooge to cough up tax dollars, those in need won’t be provided for.

END_OF_DOCUMENT_TOKEN_TO_BE_REPLACED

Our leaders in Congress and the White House have been spending, and promising future spending, way beyond our country’s means for generations. Taken together, our overspending, plus off budget agency debt, and plus the current value of unfunded liabilities for entitlement programs is around $225 Trillion.

In previous posts, I’ve suggested ways to phase out the entitlement programs, and their unfunded liabilities. I also have called for a Balanced Budget Amendment, a Budget Dollar Limit Amendment, and