First, a decline in manufacturing, and then a slump in service industries, now a broad-spectrum inversion of the yield curve hitting its most critical metric this week, unemployment finally starting to rise again, a one-year relentless housing decline across most of the nation and the world, carmageddon pressing car dealers to offer big incentives once again just to hold sales flat, shipping everywhere sinking rapidly, broadly deteriorating general business conditions, plus tariff troubles for the US throughout the world — all of these economic stresses have gotten remarkably worst in just the past month. 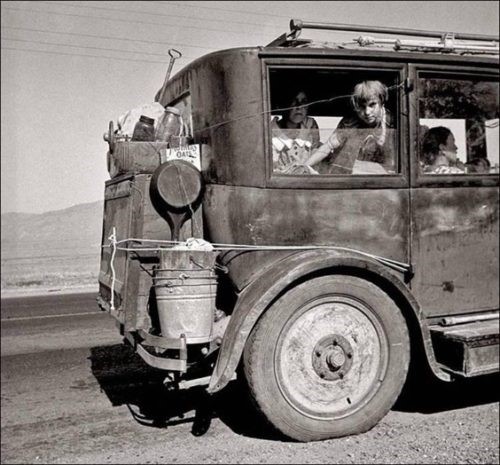 END_OF_DOCUMENT_TOKEN_TO_BE_REPLACED

Has the U.S. economy gotten better over the past six months or has it gotten worse?  In this article, you will find solid proof that the U.S. economy has continued to get worse over the past six months.  Unfortunately, most people seem to think that since the stock market has rebounded significantly in recent weeks that everything must be okay, but of course that is not true at all.  If you look at a chart of the Dow, a very ominous head and shoulders pattern is forming, and all of the economic fundamentals are screaming that big trouble is ahead.  When Donald Trump told the Washington Post that we are heading for a “very massive recession“, he wasn’t just making stuff up.  We are already seeing lots of things happen that never take place outside of a recession, and the U.S. economy has already been sliding downhill fairly rapidly over the past several months.
END_OF_DOCUMENT_TOKEN_TO_BE_REPLACED

By John Rubino – Re-Blogged From http://www.Silver-Phoenix500.com

The drumbeat of bad (and sometimes just plain weird) news has risen lately — but today’s batch stands out. Here’s a small sampling:

US jobless claims were higher than expected, and continue the rising trend of the past few weeks.

US layoffs surged to a six month high, while asset write-downs are up worldwide. Among today’s related announcements: 6,000 layoffs from ConocoPhillips and 10,000 from Shell Oil, and a $5.75 billion write-down from Credit Suisse.

These aren’t surprising given the bloodbath in oil and banks’ exposure to that industry. Many, many more shocks from these two sectors are coming.

Q4 US worker productivity fell at a 3% annual rate. According to the linked article: “Economists blame softer productivity on a lack of investment, which they say has led to an unprecedented decline in capital intensity.” In other words, while corporations were borrowing trillions to buy back their shares they weren’t bothering to build new factories or upgrade old ones.

US December factory orders posted their biggest drop in a year. Fewer people are working and those who are are either underpaid or insecure, so they’re apparently buying less stuff. And, again, companies are using all their free cash to buy back shares rather than build capacity.

END_OF_DOCUMENT_TOKEN_TO_BE_REPLACED

While the payroll report commands almost all attention, the view from factory orders is simply much more significant. Even if we accept that payroll growth is steady at something greater than 200k per month, that is still at least two steps removed from actual economic activity as is intended from that same orthodox framework. Jobs are supposed to lead to income which is supposed to drive further spending, so the jobs figures themselves aren’t even the true gain. It is always just assumed that spending goes with jobs without ever dissecting the processes that lay in between.