Do wind turbines and solar farms hold the keys to saving the environment? Michael Shellenberger, founder of Environmental Progress and noted climate activist, used to think so. Now he’s not so sure. He explains why in this important video.

According to Valentin Dupouey, head of communications for the European Greens, a pan-European federation of green parties, a major overhaul of Democracy is required to force acceptance of the economic de-growth required to address the climate crisis.

He also thinks its important to explain to China that because of climate change, “a Chinese average citizen … will never be able to reach the material lifestyle of a French minimum-wage worker.“

END_OF_DOCUMENT_TOKEN_TO_BE_REPLACED

By NASA  – Re-Blogged From WUWT

A small spacecraft the size of a mini-refrigerator is packed with cutting-edge “green” technology. NASA’s Green Propellant Infusion Mission, or GPIM, will prove a sustainable and efficient approach to spaceflight. The mission will test a low toxicity propellant and compatible systems in space for the first time.  This technology could improve the performance of future missions by providing for longer mission durations using less propellant.

From Zero Hedge – Re-Blogged From WUWT

Confirming earlier reports that distressed California utility PG&E had rejected a proposal by some of the world’s most prominent investors that would keep it out of bankruptcy, moments ago Bloomberg reported that the board of the embattled utility which is facing $30 billion in wildfire liabilities, voted late Monday to file for bankruptcy protection as soon as midnight.

In pursuing a Chapter 11 bankruptcy filing, PG&E is declining a proposal by an investing group led by Paul Singer’s Elliott Management that would’ve been backed by $4 billion in bonds and given the company enough cash to stay avoid bankruptcy while working through its liabilities. A second group of investors including Ken Griffin’s Citadel and Leon Black’s Apollo who had pitched a rival plan, were also rebuffed.

END_OF_DOCUMENT_TOKEN_TO_BE_REPLACED

If Alexandria Occasional Cortex and the rest of the Green New Deal nitwits only had the mental capacity to understand Amin H. Nasser’s 2018 CERA presentation…

“Lifting the hood on the real future facing the petroleum industry”

Good morning Ladies and Gentlemen, and thank you Dan [Yergin] for that kind introduction.

Like all CEOs, I receive many invitations to address conferences.

Naturally, the first thing I ask is: “How will this help Saudi Aramco?”

The second is: “How will this help our industry?”

And the third is: “Will Dan Yergin be involved?!”

So CERA Week in Houston really hits the trifecta!!!

END_OF_DOCUMENT_TOKEN_TO_BE_REPLACED

I see that Ms. Alexandria Ocasio-Cortez and Mr. Bernie Sanders are pushing something called a “Green New Deal”, so I thought I’d take a look. The Hill has a piece entitled “Progressives say dire climate reports point to need for ‘Green New Deal’“,  and the Atlantic magazine has an article on it headlined “The Democratic Party Wants to Make Climate Policy Exciting“. Make climate policy exciting? Well, I guess so, but only if you consider economic suicide exciting …

END_OF_DOCUMENT_TOKEN_TO_BE_REPLACED

It would all be so simple if engineers just got on with it and solved the problems.

Science can succeed on climate change where politics fails

And if someone makes money from finding a solution, who cares?

END_OF_DOCUMENT_TOKEN_TO_BE_REPLACED

DOUG FORD says his first official act as leader of Canada’s most populous province, Ontario, will be to kill the cap-and-trade programme put in place by the Liberal government that his Progressive Conservatives defeated earlier this month. As of June 29th, the date of the handover, Mr Ford promises that what he describes as “the cap-and-trade carbon tax” will be gone. The climate-change programme is provincial policy, but it also forms part of Canada’s national plan, which crucially depends on each of the 10 provinces and three territories reducing greenhouse-gas emissions. In withdrawing Ontario, the second-largest emitter after energy-rich Alberta, will Mr Ford wreck the national climate-change plan?

END_OF_DOCUMENT_TOKEN_TO_BE_REPLACED

South Australians, the world’s renewable crash test dummies, have just overwhelmingly rated affordability and reliability of supply as more important than tackling climate change in an online survey – but they still want their green energy revolution.

END_OF_DOCUMENT_TOKEN_TO_BE_REPLACED

The Guardian is celebrating that Big Business jetted into a Miami Climate Conference, touting their 2050 climate plans and purchases of wind power. But in my opinion not everything is as it seems.

END_OF_DOCUMENT_TOKEN_TO_BE_REPLACED

By Viv Forbes – Re-Blogged From http://www.WattsUpWithThat.com

Solar power only works while the sun shines – it is part-time power.

END_OF_DOCUMENT_TOKEN_TO_BE_REPLACED

Brought to You by www.SEPP.org The Science and Environmental Policy Project

Quote of the Week. “Do not feel absolutely certain of anything.” – Bertrand Russell, “A Liberal Decalogue” from his autobiography.

Number of the Week: 87 Seconds

Which Science – Empirical? Modern empirical science is a great accomplishment of civilization and a gift to it. It is a process for evaluating many diverse ideas, weeding out those ideas that fail necessary tests, and modifying those ideas that need improvement. Sometimes the process may take one hundred years or more. Such is the case of Einstein mathematically speculating the existence of gravitational waves – ripples in space and time created by the motion of massive objects in the universe.

The testing was daunting, and for four decades the National Science Foundation (NSF) has been allocating funds supporting it. The Laser Interferometer Gravitational-wave Observatory (LIGO) is an elaborate experiment, costing some $1.1 billion and using some highly sensitive instrumentation, especially designed for the project. It involved the construction of twin buildings 4,000 m (13,000 feet) long and about 2400 miles apart. In September 2015, the equipment detected gravitational waves, substantiating indirect evidence first observed in 1974. The three scientists who led the development of LIGO were honored with the 2017 Nobel Prize in Physics. All involved and the NSF are to be praised for their diligence in funding this multi-decadal experiment, whose construction started in 1994. See links under Other Scientific News

END_OF_DOCUMENT_TOKEN_TO_BE_REPLACED

By Jo Nova – Re-Blogged From http://joannenova.com.au

Don’t underestimate the Brexit effect. The landscape is shifting. 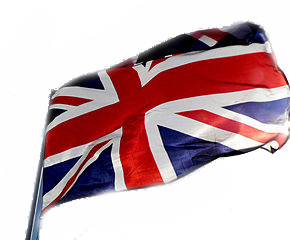 The Paris agreement just became less likely. The UK Dept of the environment will submerge, and Boris Johnson, the outspoken skeptic and Brexit figurehead, has been promoted to foreign minister.

Britain no longer has“the greenest government ever.”   This is good news. Very good news. The agonised screeching of all the usual suspects in the Environmental movement will be enough to sustain many of us in lols for weeks and months to come.

Five years ago, could we imagine an “infamous climate denier” like Boris rewarded in any Western Government? There were closet skeptics in the cabinet, but that’s not the same. In Australia, Tony Abbott once said climate change was “crap” and somehow still managed to become PM, but once he was, his official line was the permitted global warming story. ( He pandered, but in the most sensible possible way. And because he did not flagrantly add to the climate slush fund they still called him a “denier” but he rarely said anything openly skeptical.).

END_OF_DOCUMENT_TOKEN_TO_BE_REPLACED

By Martin Durkin – Re-Blogged From http://www.martindurkin.com

Picture the scene.  At the edge of a forest, German soldiers point their guns at rows of naked people who follow the Jewish religion.  Among them are young mothers clutching their babies.  The shots echo through the woods and the dead bodies fall into the ground.  Down the road, while this is happening, their German army comrades are busy establishing nature walks and bird sanctuaries and planting trees.  The Nazis conducted horrific experiments on children (I have seen footage so upsetting it can’t be shown on TV) but at the same time they banned medical experiments on animals.  The same Nazi monsters who committed crimes of unimaginable barbarity also advocated vegetarianism, organic agriculture, forest preservation and homeopathic healthcare.  How can we possibly explain this?  What was the connection between the inhuman brutality of the Nazis and their gushing idealization of ‘Nature’?

The purpose of exploring Nazi environmentalism is not just to upset the greens.  If environmentalism were a curious but peripheral aspect of National Socialism, it would be of no real historical interest.  Environmentalists could be forgiven for saying, Ah well, it just goes to show, there’s a little bit of good in the worst of us.  But environmentalist ideology was not an accidental, optional-extra to National Socialism.  As we shall see, green ideas were at the core of Nazi thinking.  The German Volk and Nazi movements marched beneath the banners of ‘Nature’ and the ‘organic’.  However, what follows here is not simply a potted history of Nazi environmentalism.  It is, at the same time, a brief history of early environmentalism writ large.  As will become clear, it is not so easy to draw a line between two types of green thinking.

END_OF_DOCUMENT_TOKEN_TO_BE_REPLACED

Kafkaesque is one word that encapsulates the entire Paris Conference. It is defined as:

A nightmarish situation which most people can somehow relate to, although strongly surreal. With an ethereal, “evil”, omnipotent power floating just beyond the senses.

There are insufficient superlatives to describe the disaster that is the UN COP21 Climate Conference in Paris. None of the superlatives are the ones used by the organizers and their lackeys. It is the largest, most political conference ever, based on completely false claims deliberately created in the greatest science deception in history. It will cost more socially in direct damage to individual lives, communities, and social structures. It will cost more in economic damage to jobs, businesses, and industry. In addition, besides destroying lives it will remove freedom and actually cost lives. It will weaken economies preventing resistance to terrorism. This far exceeds any potential damage from terrorism and is much worse because it is self-inflicted (Figure 1).