The global coronavirus pandemic has accelerated several troubling trends already in force. Among them are exponential debt growth, rising dependency on government, and scaled-up central bank interventions into markets and the economy.

Central bankers now appear poised to embark on their biggest power play ever. 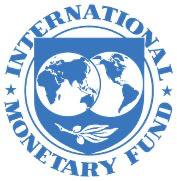 END_OF_DOCUMENT_TOKEN_TO_BE_REPLACED

I take as my subject for this post a claim made over at Forbes Magazine, viz:

I saw that and said “Whaaaa”? My urban legend detector light started flashing bright red at that claim that we’re on the primrose path to the epocalypse.

Me, I always want to go the actual study instead of the media interpretation. In this case, the underlying study is by the IMF, the International Monetary Fund. It uses a most unusual definition of “subsidy”. Normally, subsidies are divided into direct and indirect subsidies.

A direct subsidy is money given to a producer or consumer. It’s actual cash.

END_OF_DOCUMENT_TOKEN_TO_BE_REPLACED

Following the decarbonisation goals set forth in the Paris climate agreement of December 2015, appeals are made to suppress energy subsidies linked to the use of fossil fuels, and to increase consumption taxes massively as an incentive to burn less of them.

According to « experts » of the International Monetary Fund (IMF) in a report published last December[1], energy is the beneficiary of subsidies amounting to $4’900 billion in 2013, or 6.5% of the global GDP. On its part, the International Energy Agency (EIA)[2] estimates them at $532 billion for that same year? The not so small 920% difference stems from considerations given to so-called negative externalities associated with the use of energy.

END_OF_DOCUMENT_TOKEN_TO_BE_REPLACED

Last year, in May, the US Dollar began to strengthen against most of the other currencies around the world. More correctly phrased, I believe, is that the other currencies fell against the Dollar, since the US government – running massive Balance of Payments deficits – and the US Central Bank, the Federal Reserve, continued to print paper Dollars with wild abandon.

As the Dollar became relatively more expensive – on average by 20%! – than the currencies of our trading partners, US exports became less competitive than previously, so our exports have fallen. Similarly, other countries’ exports to us – our imports – have fallen in price, and US imports are up dramatically.

END_OF_DOCUMENT_TOKEN_TO_BE_REPLACED

By Bill Holter – Re-Blogged From http://www.jsmineset.com

Shock of all shocks, the IMF announced the Chinese yuan will not be admitted into the SDR until at least Sept. 2016.  http://www.bloomberg.com/news/articles/2015-08-04/imf-says-more-work-needed-before-yuan-reserve-currency-decision  What exactly does this mean?  I can tell you the gold community is so shell shocked and fearful at this point, it “must be bad for gold”, right?  Going back a couple of weeks, China announced they had accumulated another 600 tons or so of gold to the near panic of precious metals investors.  This announcement would be used as another shot at taking price down because the Chinese “don’t like gold as much as we thought”.  This was the prevailing sentiment.

END_OF_DOCUMENT_TOKEN_TO_BE_REPLACED

Over the past year we have documented numerous warnings which the IMF and the Bank for International Settlements (BIS) have issued in regards to risks that exist to the stability of the global financial system. Some of the warnings come directly from IMF and BIS officials and publications. One comes from a speech by BIS General Manager Jaime Caruana. Others come from articles appearing on the IMF Direct blog. One is a link to former IMF Peter Doyle who says despite issuing risk warnings, the IMF has failed in providing early warnings for systemic crisis.

END_OF_DOCUMENT_TOKEN_TO_BE_REPLACED

Any editor, analyst or commentator who claims that a “Greek bailout deal has been reached” is lying.

Greece has NOT reached a bailout deal in any way shape or form. What DID happen was Greece’s Prime Minister agreed to try and push a new austerity program through Greece’s parliament.

IF he can do this, and IF the Greek government agrees to the austerity program then NEGOTIATIONS (not a deal) can begin as to whether or not Greece should receive another bailout.

Put simply, Greece has THREE DAYS to agree to an austerity program in which it will hand over assets worth 25% of its GDP to the EU… at which time TALKS (again not a deal) COULD begin regarding a potential third Greek Bailout.

END_OF_DOCUMENT_TOKEN_TO_BE_REPLACED

By David Chapman – Re-Blogged From http://www.Gold-Eagle.com

OK pardon the play on a 1986 Kurt Russell action adventure flick entitled “Big Trouble in Little China”. China isn’t little but the bubble is potentially big. Apparently, the Chinese stock market has boomed to a value of $6.5 trillion in the past year. That still leaves the Chinese stock market well short of the NYSE whose value in February 2015 was $16.6 trillion. The Shanghai Stock Exchange (SSEC) is up 58% thus far in 2015 and a 152% since the low of 2014. To put that in some perspective the SSEC was up in 2007 129% to the top in October and had run 293% from the low of 2006.  The current market is still about 20% below the highs of 2007.

END_OF_DOCUMENT_TOKEN_TO_BE_REPLACED

By Ryan McMaken – Re-Blogged From http://www.mises.org

With the creation of the BRICS bank and now the Asian Infrastructure Investment Bank (AIIB), the major economies of the world are hoping to lay the foundation for a multi-polar financial world beyond the unilateral control of the United States. Due to the enormous size of the US economy, coupled with the reserve status of the US dollar, the United States government has long been able to achieve strategic and military goals through flexing its financial power. This power has long allowed the US government to buy allies and friends among foreign regimes, to finance proxy wars, and to threaten the growth potential of foreign economies whenever the US government deemed it necessary.

END_OF_DOCUMENT_TOKEN_TO_BE_REPLACED

Many people believe the Chinese are on the cusp of replacing the U.S. in many fashions, I believe this myself.  There are others out there who believe the Chinese economy and financial markets will crash and burn with all the rest when the derivatives chain finally breaks, I don’t disagree with this either.  Let’s look at what the Chinese have done, what they are doing and where they may end up.  The spoiler is this, I believe you can equate the Chinese to where the United States stood in the late 1920′s and early 1930′s.