Jobless claims paint a much grimmer picture than other pieces of economic data. So, the Fed (and other central banks) will remain dovish for years, which should support gold prices.

More and more economic reports show the beginning of the economic recovery in the U.S. Following the retail sales earlier last week, the Philly Fed Manufacturing Index turned from negative 43.1 in May to positive 27.5 in June, the first positive reading since February. And the Leading Economic Index rose 2.8 percent in May, after a record plunge in the two prior months.

END_OF_DOCUMENT_TOKEN_TO_BE_REPLACED

In 11 weeks, more than 42 million Americans filed for unemployment insurance as the COVID-19 pandemic wrecked the economy. The bulk of these job losses hit lower-income households the hardest.

“A lot of times it’s not the earthquake, it’s the fire,” Gundlach said on a webcast for the DoubleLine Total Return Bond Fund (DBLTX), later adding that he could “easily see layoffs in various industries” affecting higher earners.

END_OF_DOCUMENT_TOKEN_TO_BE_REPLACED 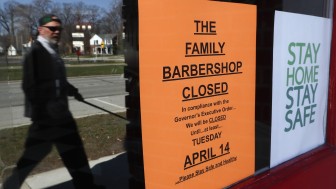 END_OF_DOCUMENT_TOKEN_TO_BE_REPLACED

UNDER REVIEW: This week, the U.S. reported that a staggering 3.3 million Americans applied for unemployment benefits last week, a five-fold increase over the last high sent in 1982. On Friday, President Donald Trump signed a $2.2 trillion aid package into law. Few believe it will be the last in the aftermath of this viral outbreak. Credit ratings agencies are taking note of the financial standing of the U.S., and other nations.

END_OF_DOCUMENT_TOKEN_TO_BE_REPLACED 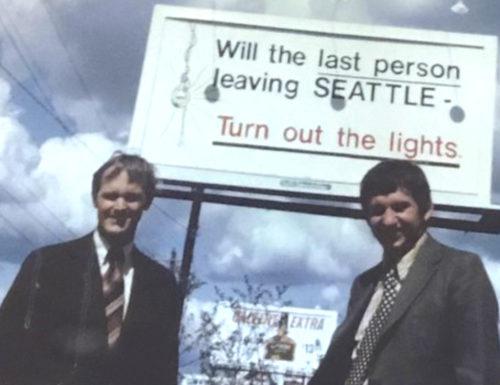 END_OF_DOCUMENT_TOKEN_TO_BE_REPLACED

It is the senseless things of this world that sometimes knock sense into the high and mighty whose hubris causes them to believe they cannot fall. In this case, the tiny COVID-19 virus (coronavirus) is bringing down a global house of cards long perched to fall — locks, stocks, and barrels of oil.

Stock investors thought the over-Fed market’s bull run would prove immortal, but all the overripe market needed was for a fat, black swan to drop down on the market’s head and knock some sense into it. Economic damage worldwide, however, is far from limited to stocks. Some of it seems almost silly or bizarre, but such is the case when the entire global economy is already in ill health, having survived on Fedmed for a decade. 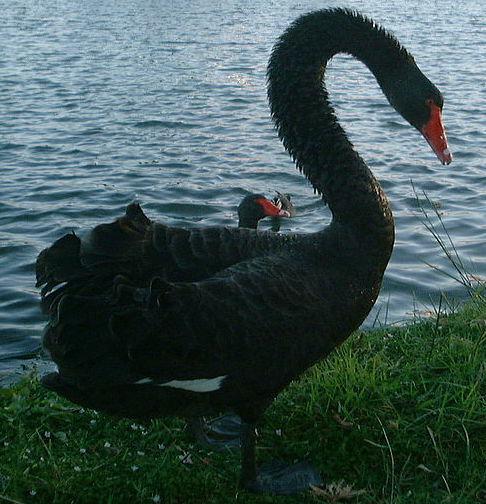 END_OF_DOCUMENT_TOKEN_TO_BE_REPLACED

Macy’s said Tuesday it is closing 125 of its least productive stores and cutting 2,000 corporate jobs as the struggling department store tries to reinvent itself in the age of online shopping.

The store closures represent about one fifth of Macy’s current total. They include about 30 that are in the process of closing and account for $1.4 billion in annual sales.

Macy’s didn’t specify how many jobs would be lost at the shuttered stores.

The corporate jobs will be shed as Macy’s closes its offices in Cincinnati and San Francisco, leaving New York as its sole corporate headquarters. Macy’s said that the 2,000 jobs to be lost account for about 9% of its corporate workforce.

END_OF_DOCUMENT_TOKEN_TO_BE_REPLACED

General Motors Co. will cut more than 14,000 salaried staff and factory workers and close seven factories worldwide by the end of next year, part of a sweeping realignment to prepare for a future of electric and self-driving vehicles.

Four factories in the U.S. and one in Canada could be shuttered by the end of 2019 if the automaker and its unions don’t come up with an agreement to allocate more work to those facilities, GM said in a statement Monday. Another two will close outside North America. The Detroit-based company’s shares surged on the plan, which includes abandoning some of its slower-selling sedan models.

END_OF_DOCUMENT_TOKEN_TO_BE_REPLACED

After threatening to respond to various protests demanding a higher minimum wage by moving more into automation, McDonald’s finally made it official last week.

END_OF_DOCUMENT_TOKEN_TO_BE_REPLACED

By MJ Randolph – Re-Blogged From http://www.truthrevolt.org

Unexpectedly, onerous taxes in Philadelphia are hurting businesses… and the people who work there.  The latest casualty? Philadelphia Pepsi workers. Business Insider reports:

PepsiCo is laying off 80 to 100 workers at distribution plants serving Philadelphia. According to the company, a soda tax that is cutting the area’s soda consumption is to blame.

The layoffs, which account for roughly 20% of Pepsi’s 423 Philadelphia employees, will begin Wednesday and be spread out over the next few months, the Philadelphia Inquirer reported.

“Unfortunately, after careful consideration of the economic realities created by the recently enacted beverage tax, we have been forced to give notice that we intend to eliminate 80-100 positions, including frontline and supervisory roles, in Philadelphia over the next few months, beginning today,” Pepsi said in a statement to Business Insider.

Philadelphia’s soda tax passed in June 2016 and went into effect in January of this year. The 1.5-cent-per-ounce soda tax is expected to raise about $91 million annually.

END_OF_DOCUMENT_TOKEN_TO_BE_REPLACED

Should we be alarmed that the number of job cuts announced by large U.S. companies was 35 percent higher in April than it was in March?  This is definitely a case where the trend is not our friend.  According to Challenger, Gray & Christmas, U.S. firms announced 65,141 job cuts during April, which represented a massive 35 percent increase over the previous month.  And so far this year overall, job cut announcements are running 24 percent higher than for the exact same period in 2015.  Meanwhile, on Thursday we learned that initial claims for unemployment benefits shot up dramatically last week.  In fact, the jump of 17,000 was the largest increase that we have seen in over a year.  Of course the U.S. economy has been slowing down for quite a while now, and many have been wondering when we would begin to see that slowdown reflected in the employment numbers.  Well, that day has now arrived.

END_OF_DOCUMENT_TOKEN_TO_BE_REPLACED

By Matt Egan – Re-Blogged From CNN-Money

The Saudi Binladin Group, a massive construction company founded by the father of the late al Qaeda leader Osama bin Laden, has laid off at least 50,000 workers, according to local press reports.

The job cuts come as the Saudi government has delayed payment to construction firms and cut spending to grapple with the plunging price of oil, which makes up three-quarters of the government’s revenue.

Saudi-based newspaper al-Watan reported the Binladin Group terminated the contracts of 50,000 workers — mostly foreigners — and has given them permanent exit visas to leave the country. Some workers refused to leave the kingdom because they claim the company has not paid them for months, the paper reported.

The Saudi military confirmed to al-Watan that protesting workers torched seven buses in Mecca — a rare sight in Saudi Arabia, which Human Rights Watch has criticized for cracking down on free speech and imprisoning peaceful dissidents.

The layoffs are on top of the 15,000 workers cut last year after the Binladin Group’s contracts were frozen when a crane collapsed at Mecca’s Grand Mosque last year. The incident killed more than 100 people and the company was involved in the expansion project.

END_OF_DOCUMENT_TOKEN_TO_BE_REPLACED

Has the U.S. economy gotten better over the past six months or has it gotten worse?  In this article, you will find solid proof that the U.S. economy has continued to get worse over the past six months.  Unfortunately, most people seem to think that since the stock market has rebounded significantly in recent weeks that everything must be okay, but of course that is not true at all.  If you look at a chart of the Dow, a very ominous head and shoulders pattern is forming, and all of the economic fundamentals are screaming that big trouble is ahead.  When Donald Trump told the Washington Post that we are heading for a “very massive recession“, he wasn’t just making stuff up.  We are already seeing lots of things happen that never take place outside of a recession, and the U.S. economy has already been sliding downhill fairly rapidly over the past several months.
END_OF_DOCUMENT_TOKEN_TO_BE_REPLACED

When interest rates are kept low artificially, as has been the FED’s policy for at least the last 10 years, some benefit while others are hurt. Many times, those who are hurt don’t even know it is happening to them.

An insurance company, for example, collects premium money from policy holders, and then it invests that money. The actuaries working for the company are charged with figuring out the odds of a claim so that the premium can be set to very closely offset the money paid out in claims (plus the overhead).

END_OF_DOCUMENT_TOKEN_TO_BE_REPLACED

Economic numbers released today show the US Economy contracting. But some of these numbers understate the damage.

One of the most important statistic is Unemployment. Government figures show that Initial Claims for Unemployment, and Continuing Claims, both were up – to 320,000 and 2,421,000 respectively. While single week changes certainly can’t demonstrate a trend, there has been a significant increase from just a couple of months ago.